Press release: Five years later: the Balkan route of 2015 was an exception

(pug) The research report “Border Experiences and Practices of Refugees” by the EU project “Multi-level Governance of Mass Migration in Europe and beyond (RESPOND)” provides a unique documentation of the experiences of refugee-migrants with the borders of Europe. The events in 2015, which were labelled as the “European refugee crisis”, are still affecting the European public and politics. There has been much discussion about the 2015/2016 migratory movements into European soil without paying attention to the life experiences of people on the move, crossing borders with the hope of finding ‘safety’. Most of these people were escaping from violence, human rights violations and from the devastating effects of civil wars, but then faced violence and traumatic experiences at the borders of Europe.

Based on 507 interviews with refugees from various countries of origin who made their way to Europe between 2013 and 2018, the report vividly describes the risks and diverse forms of violence and hardship brought about by the current migration and border control policies of the European Union and its member states. Sabine Hess from the University of Göttingen, who led the report said: “This report clearly shows that there is a direct correlation between the level of life-threatening risks as well as human rights violations, and the border-control policies. The policy of the EU and its Member States, by aiming to seal off the ‘European’ borders, threatens the well-being and lives of people fleeing war and other catastrophes. This policy contradicts the international protection responsibilities of the Geneva Convention and basic European Union human rights standards.”

The rich empirical data, collected by RESPOND teams in 11 countries, allows a comparison between the Balkan route and the Central Mediterranean route, the latter of which has taken the lives of thousands of refugees in recent times. The report thus shows, that for most of the refugee-migrants, those few months of 2015 and 2016 when the Balkan route was open, were anything but a crisis. Rather the corridor established in these months can be characterized as an exception with humanitarian benefits, notwithstanding all the fears and hardships refugees were still confronted with. Vasileios Petrogiannis from Uppsala University, who co-authored the report: ”In retrospect, it was one of the rare moments in European asylum history that the states helped to construct a humanitarian corridor; this was also an effective strategy against  people smuggling. Today, this ‘business’ is blossoming again because the EU’s policy is based on the criminalization of both migration and the support of migration from civil society.”

The report also illustrates that the very nature of border and migration control policies by the EU – especially regarding its “external dimensions” towards neighboring, transit countries and countries of origin – has severe and far-reaching effects well beyond the actual EU border. EU border and migration control policies determine the whole way the “journey” can be carried out by people who need to flee: whether legally or illegally, documented or undocumented; the topographical and practical nature of the routes (pushing them into more and more unsafe and difficult environments, such as mountain areas, desserts or the sea); the possible means of transportation (trucks, containers); and the necessary or available logistical infrastructures.

The report “Border Experiences and Practices of Refugees” is published in English and can be found online www.respondmigration.com/wp-blog/border-experiences-and-practices-of-refugees-comparative-report, DOI: 10.5281/zenodo.4008620.

Similar reports on the European border regime and practices in Italy, Turkey, Greece, Hungary, Austria, Poland, the UK and Sweden can be found at the RESPOND Working Paper Series at www.respondmigration.com/wp-blog. 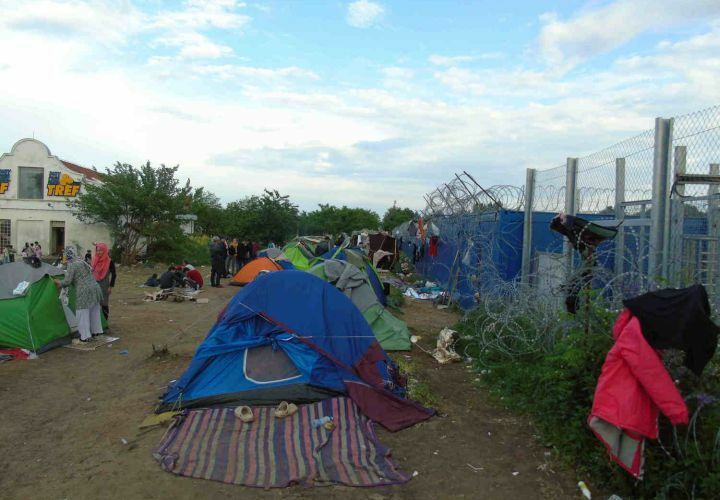