Who was Paul de Lagarde? A research team from the Department of Egyptology and Coptic Studies at the University of Göttingen, in collaboration with the Moses Mendelssohn Center for European Jewish Studies in Potsdam (MMZ), has been working on a historical re-assessment of the life and work of the Göttingen Orientalist (1827-1891). In their work, the researchers have focussed on the political and ideological aspects of the scholar's œuvre, and in particular on Lagarde's anti-Semitism. Their conclusions have now been published in the series “European Jewish Studies” by De Gruyter.

For this volume (in German), the participants of a workshop that took place in Göttingen in January 2018 have examined the archival materials and publications that make up Lagarde's legacy, and, on the one hand, have discussed their contribution to the historiography of ancient Oriental Studies in Germany and the study of Lagarde’s influence on Old Testament (Septuagint) research. On the other, these materials have been placed in their contemporary historical context against the background of popular ideology, and offered insights into academic networks in the 19th century.

The co-organiser of the workshop, Professor Heike Behlmer, from the University of Göttingen’s Department of Egyptology and Coptic Studies, emphasises in her contribution: "Lagarde's work on the Egyptian-Coptic language and the Coptic Bible are representative of the stages of his career… He identifies and names important research desiderata. In his project plans, Lagarde was definitely ahead of his time: his planned edition of the Sahidic Coptic Bible is only now being realised, using digital methods.” The historian Professor Ina Ulrike Paul states in her contribution that parallel to Lagarde's academic career, his attitude towards 'the Jews' became successively more radical: it evolved from the pietistic theological anti-Judaism of the 1850s to a radical anti-Semitism, expressed in racist terms, in the 1880s.

However, the authors do not intend to separate Lagarde's personality into two compartments: on the one hand, his Orientalist studies, and on the other, the undeniably anti-Semitic attitudes expressed in his political writings. "Lagarde was someone who made a name for himself as an academic, but he was also a self-confessed enemy of the Jews," comments the MMZ's founding director Professor Julius Schoeps in his foreword. "For this very reason, we should continue to critically examine his character and his work." He goes on to explain, "The study of Lagarde's intellectual legacy helps us to understand why people think in an anti-Semitic way, how this thinking expresses itself and what consequences ‘mere’ thoughts can have. In this, Orientalists have a duty first and foremost, not least to prove the relevance of their research to society.”

The workshop and the collection of essays have brought together and into dialogue with each other representatives of a number of disciplines and research fields related to the history of Oriental Studies and Theology in Germany, alongside other research areas – like the "völkisch" movement and research on anti-Semitism from the end of the 19th to the middle of the 20th century.

In the meantime, the Department of Egyptology and Coptic Studies at the University of Göttingen and the Department of Research and Development at the State and University Library of Lower Saxony have developed a concept to digitise and digitally analyse Lagarde's Orientalist correspondence in a critical online edition.

Department of Egyptology and Coptic Studies

Institute for Ancient Near Eastern Studies 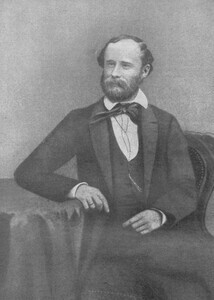 Lagarde (1827-1891) at the beginning of the 1860s, based on a photograph from the Göttingen University Library. 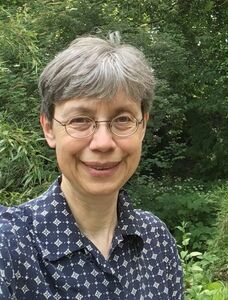 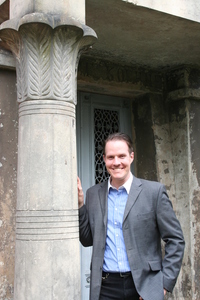