Top marks for academic subjects at University of Göttingen

In the current Shanghai Ranking, the following academic subjects at the University of Göttingen are in the top position in Germany: Agricultural Sciences, Statistics, and Ecology. The field of Chemistry shares first place with the Technical University of Munich. Dentistry, Psychology, Economics, and Law also achieved the top positions. In a worldwide comparison, Agricultural Sciences was in 24th place and Ecology 36th.

In addition to a comparison of the best 1,000 universities worldwide, the Shanghai Ranking has also kept a ranking of individual subjects for four years. Indicators for the ranking are publications, citations, international collaboration in publications and the impact factor of the journal in which the publication appeared. The number of prizes won in each academic subject is also included in the ranking. 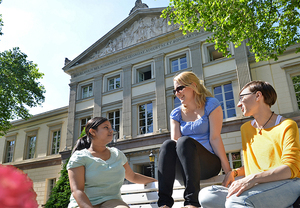