In memory of Thomas Oppermann

We are deeply saddened by Thomas Oppermann's sudden death. In 30 years as a member of the state parliament and the Bundestag, he was influential in making a difference for southern Lower Saxony; as an alumnus of the University of Göttingen, he always maintained his close connections with us.

Thomas Oppermann repeatedly and tirelessly committed himself to the welfare of the University. During his term of office as Lower Saxony's Minister of Science, the University of Göttingen was the first German university which was transferred to the status of a foundation under public law - a higher education policy decision of enormous significance. He also played a major role in the construction of the new Faculty of Physics on the North Campus, the expansion of which he supported.

Together with other alumni and supporters, Thomas Oppermann initiated the Göttingen Foundation Dinner in 2008. He was committed to the University working together with the Adam von Trott Foundation, the academic collections, the Old Botanical Garden and, time and again, the Ethnographic Collection. He consistently supported the plans for the Forum Wissen in the former Institute of Zoology.

For the presidents of the University of Göttingen, he was a constructive and critical advisor of immeasurable value. We will miss his support and commitment in a great many ways. 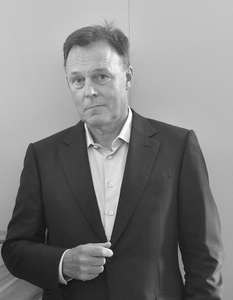