Press release: Dialogue with China: how the idea of a world order evolved

University of Göttingen leads a project in new research network

The University of Göttingen is part of the new research network "World-making from Global Perspectives: A Dialogue with China". Professor Dominic Sachsenmaier, Director of the Department for East Asian Studies at the University of Göttingen, is co-chair of the network and will direct a project on "Conceptions of World Order and their Social Carrier Groups". The research team will investigate the development of visions of world order in China, the West and other regions between the end of the 19th century and the present. The University of Göttingen will receive funding of approximately 895,000 euros for a period of five years, 40 percent of which will be made available at the end of 2023 subject to the project’s extension.

Among other issues, the researchers want to investigate the extent to which we can identify interwoven rhythms and patterns in dominant conceptions of world order in parts of China and Europe. In addition to global economic and political power arrangements, the position of cultural hegemonies and social movements in ideas about world order will also be addressed. "The project will not only compare the conceptions of particular groups at a national level, but will also in particular examine the thinking of transnationally networked groups," says Sachsenmaier.

For this project, the University of Göttingen will collaborate with the Free University of Berlin and the University of Heidelberg, in addition to a number of international research institutions. Fellowships for researchers will be advertised at a later date. The Federal Ministry of Education and Research (BMBF) is funding the new research network with a total of around four million euros. 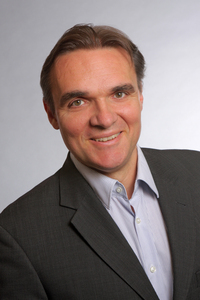