Press release: What does your voice say about you?

Everyone has at some point been charmed by the sound of a person’s voice: but can we believe our ears? What can a voice really reveal about our character? Now an international research team led by the University of Göttingen has shown that people seem to express at least some aspects of their personality with their voice. The researchers discovered that a lower pitched voice is associated with individuals who are more dominant, extrovert and higher in sociosexuality (more interested in casual sex). The findings were true for women as well as for men. The results were published in the Journal of Research in Personality.

The researchers analysed data from over 2,000 participants and included information from four different countries. Participants filled in questionnaires about themselves to measure personality and provided recordings of their voice so that the pitch could be measured using a computer programme. This is the first time that an objective digital measure of voice pitch has been used in a study of this kind, rather than subjective ratings of how “high” or “deep” a voice might sound. The researchers measured “sociosexuality” by collecting responses about sexual behaviour, attitude and desire. They also collected data to provide ratings of dominance and other character traits such as neuroticism, extraversion, openness to experience, agreeableness and conscientiousness. The number of participants helps to confirm the robustness of the findings: the study involves the largest number to date compared to similar research in this theme.

The researchers found that people with lower pitched voices were more dominant, extroverted and higher in sociosexuality (eg were more interested in sex outside a relationship). However, the relationship between voice pitch and other personality traits (such as agreeableness, neuroticism, conscientiousness or openness) seems less clear. It is possible that these traits are not expressed in the pitch of voices. The researchers found no difference between men and women.

“People’s voices can make a huge and immediate impression on us,” explains Dr Julia Stern, at the University of Göttingen’s Biological Personality Psychology Group. “Even if we just hear someone’s voice without any visual clues – for instance on the phone – we know pretty soon whether we’re talking to a man, a woman, a child or an older person. We can pick up on whether the person sounds interested, friendly, sad, nervous, or whether they have an attractive voice. We also start to make assumptions about trust and dominance.” This led Stern to question whether these assumptions were justified. “The first step was to investigate whether voices are, indeed, related to people’s personality. And our results suggest that people do seem to express some aspects of their personality with their voice.”

This study was conducted as a “registered report” which means it benefits from peer review from other researchers at a very early stage and was accepted for publication independent of the results. It is one of the new indicators of quality being developed to make science more transparent and reliable. 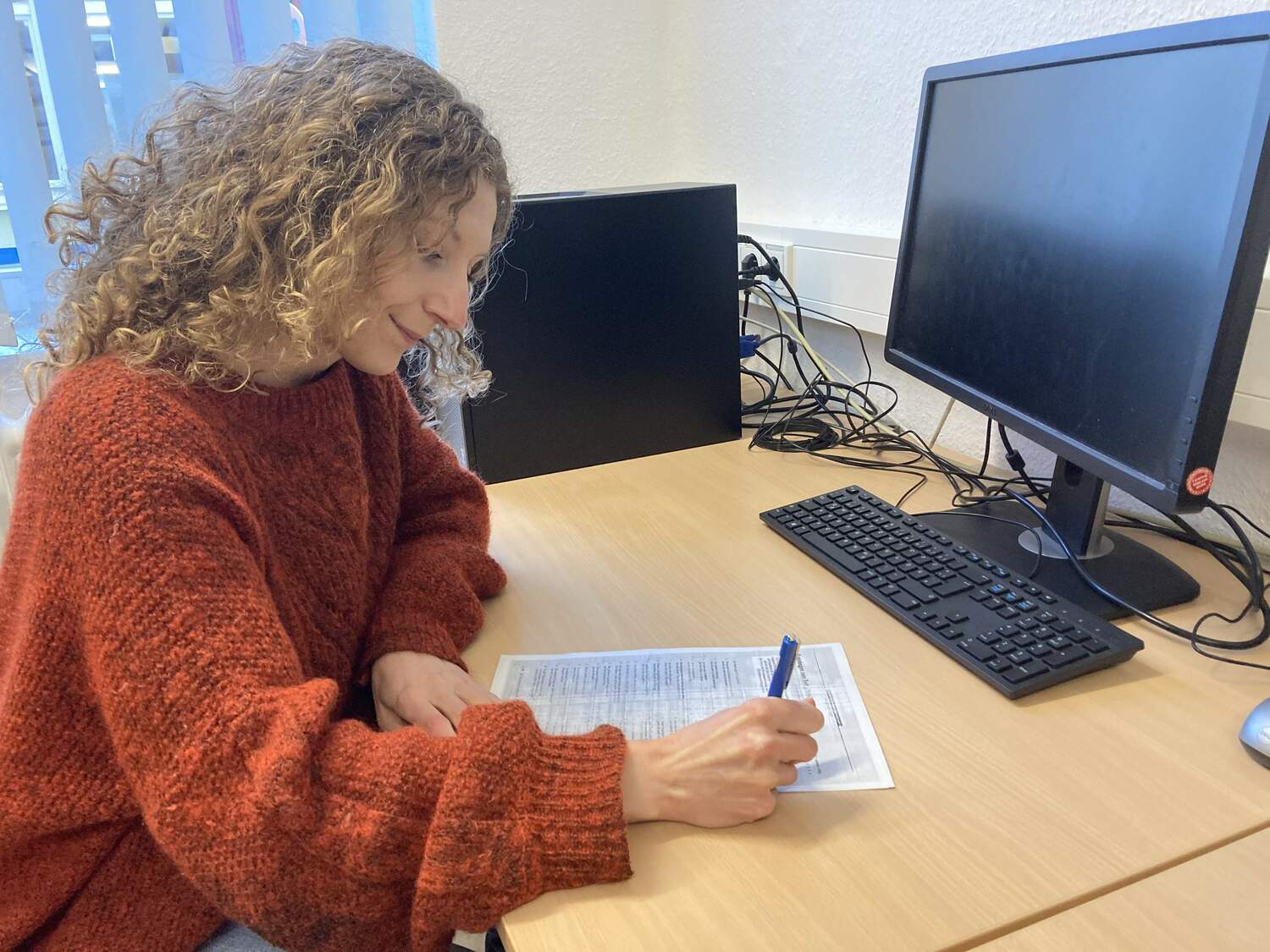 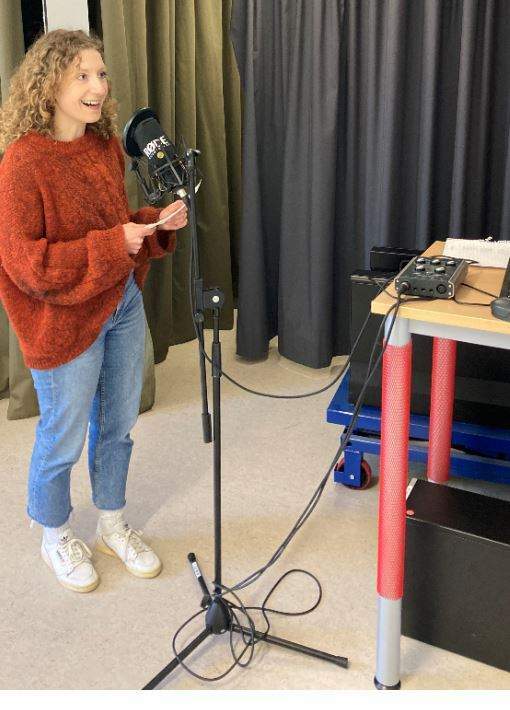 Recordings of all participants' voices were made and then analysed using a programme to get an objective measurement of pitch. 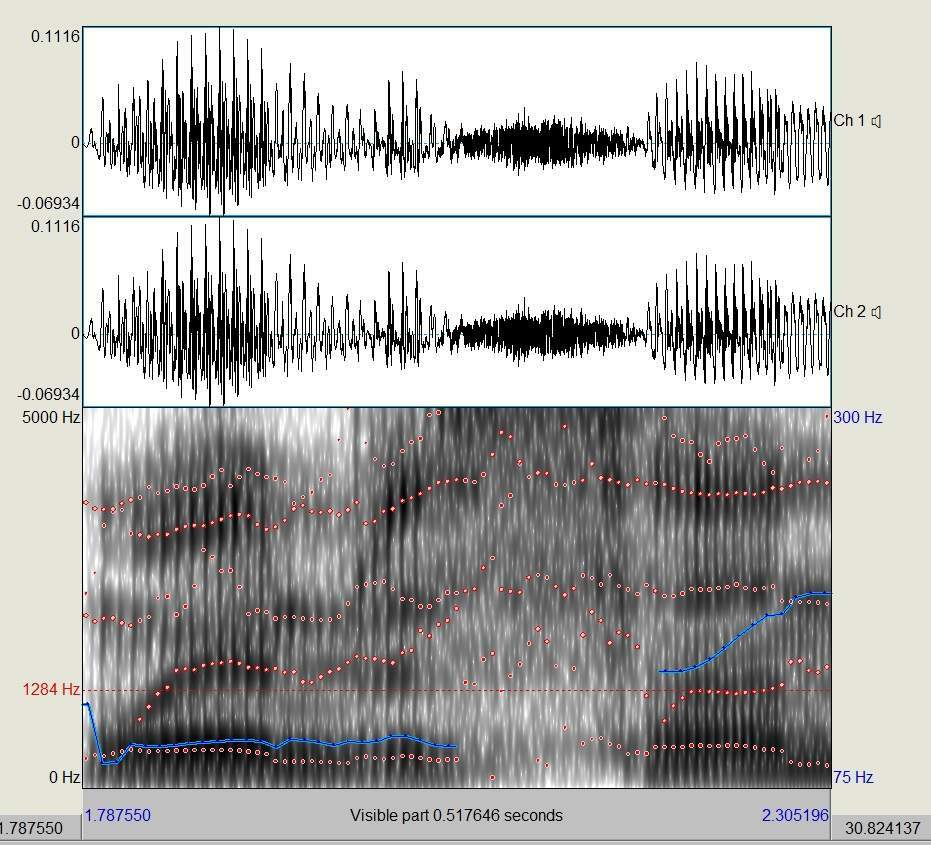 Computer programme in the process of analysing a word 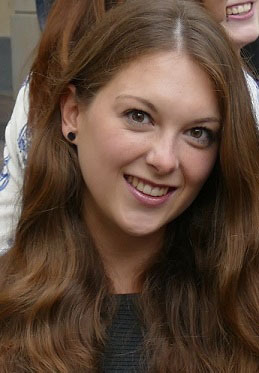