Where plant species diversity decreases, insect diversity decreases too and with it biodiversity as a whole. From the intensively managed meadows and pastures to dense and dark beech forests, insects that specialise in just a few plant species are disappearing: the plants that provide their food no longer grow there. This is shown by an international study with the participation of the University of Göttingen. The results were published in the journal Science Advances.

Intensive land use poses a major threat to biodiversity, including to herbivorous insects and their host plants. If beetles, grasshoppers, leaf bugs or cicadas specialise on eating only one or very few plant species, they have to migrate or become locally extinct when their host plants disappear. If, on the other hand, an insect species has a wide range of food, it can still survive, even if the number of plants as a whole are declining. The interaction of species from different groups of organisms is ultimately critical for the stability of an ecosystem.

Researchers from institutions in Germany and Switzerland, led by the Swiss Federal Institute for Forest, Snow and Landscape Research WSL, investigated the interactions between plants and insects. For this study, researchers from the University of Göttingen characterised the management intensity of 150 forests differing in tree species composition. The scientists then correlated the data about land management with data about the occurrence of the insects to identify possible links.

In landscapes containing both near-natural ecosystems and intensively managed ecosystems, the team had expected to find very different insect communities. "Since some of these areas also contain insect species that specialise in foraging for just a few plants, we hoped to gain new insights into the consequences of intensive use for the ecological stability of grasslands and forests," says Professor Martin Gossner, entomologist at WSL and head of the study. In total, the scientists recorded 531 plant and 1053 insect species and their prevalence on 289 grassland and forest plots used for long-term sampling.

They found that plant-insect networks in sparsely grazed grassland consist of at least 70 plant species and 80 herbivorous beetle, grasshopper, leaf bug and cicada species. For example, wild carrot, a typical plant species of moderately managed pastures, provides food for numerous specialised beetle species. On frequently mown or fertilised meadows and pastures, only 40 plant species and 60 to 70 of these insect species could be detected on average. In recently unmanaged forests with dense tree cover, 25 plant and 30 insect species were found on average. This is significantly lower than in more open forests where there are numerous gaps in the canopy a lot of light penetrates all the way to the ground. In this case, up to 80 plant and 50 herbivorous insect species of the studied groups were found.

"The result shows once again that carefully planned forest management can certainly contribute to the preservation of insect diversity," says Professor Christian Ammer, Head of the Department of Silviculture and Forest Ecology of Temperate Zones at Göttingen University. "The tendency to avoid creating gaps but keeping the canopy of forests as closed as possible is disadvantageous for herbivorous insect species," emphasises Dr Peter Schall, forest ecologist at Göttingen University and responsible for quantifying how intensively the forests were being managed.

Promoting less dense forests with more light on the forest floor not only increases the diversity of ground vegetation, shrubs and trees, but also the insect species that benefit from plant species diversity. Mixed forests composed of deciduous and coniferous trees are also beneficial. For grasslands, moderate grazing instead of intensive mowing is recommended to promote diverse and stable insect communities. 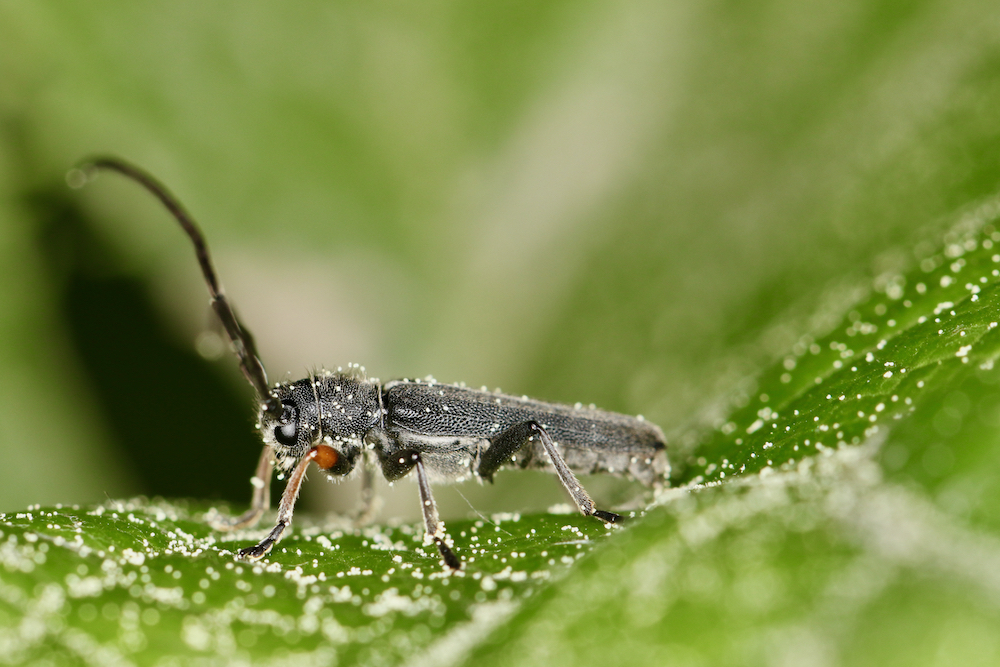 Phytoecia cylindrica is a longhorn beetle that likes to feed on plants such as wild carrot. The larvae of the beetle develop in the stems of the plants where they forage. 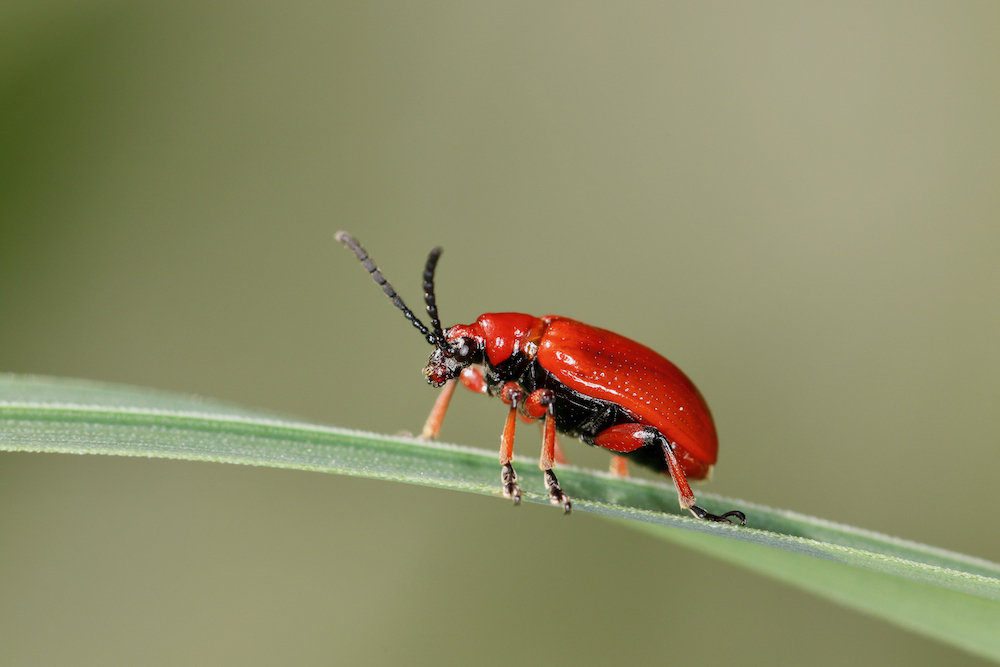 Many species of beetle have specialised in eating specific plant species. This insect (Lilioceris merdigera), for example, prefers to feed on lily of the valley. 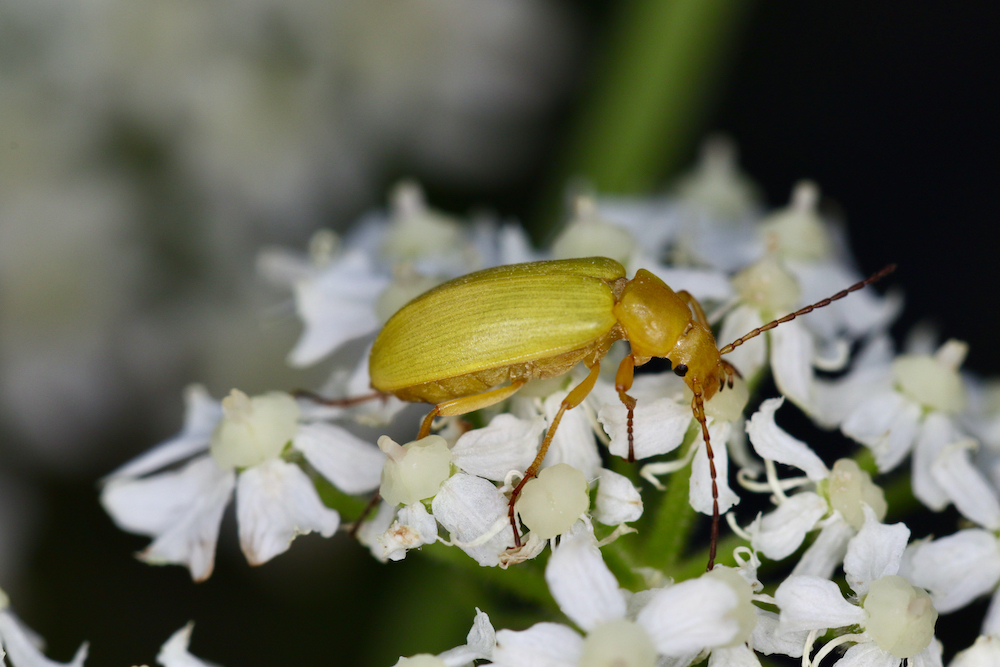 This beetle (Cteniopus sulphureus) feeds on pollen from various plants. 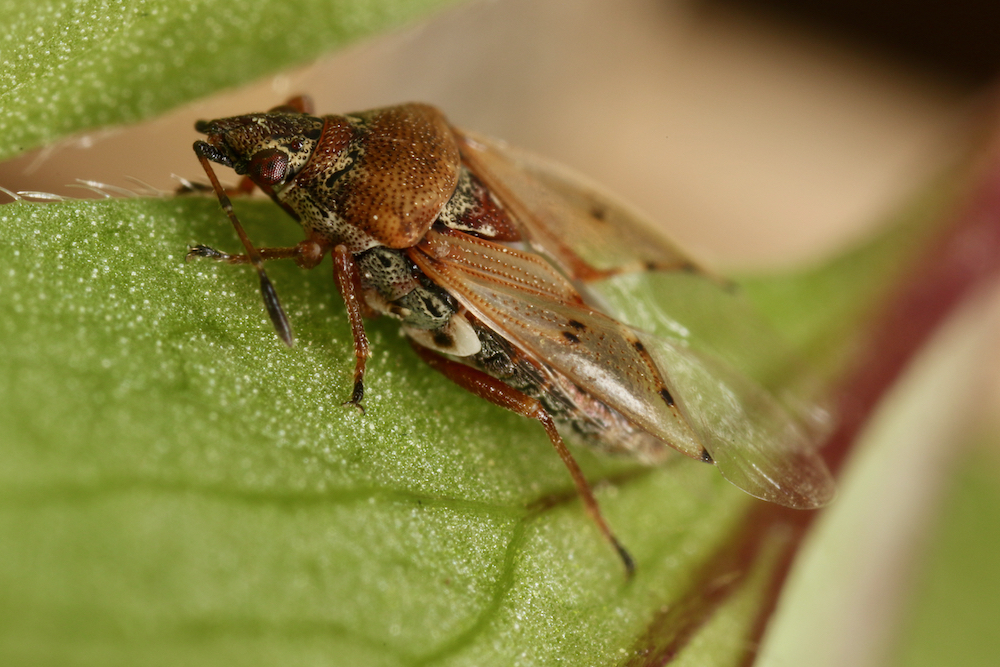 The birch catkin bug (Kleidocerys resedae) prefers to suck on the sap of birch trees and thus benefits from open forests rich in tree species. 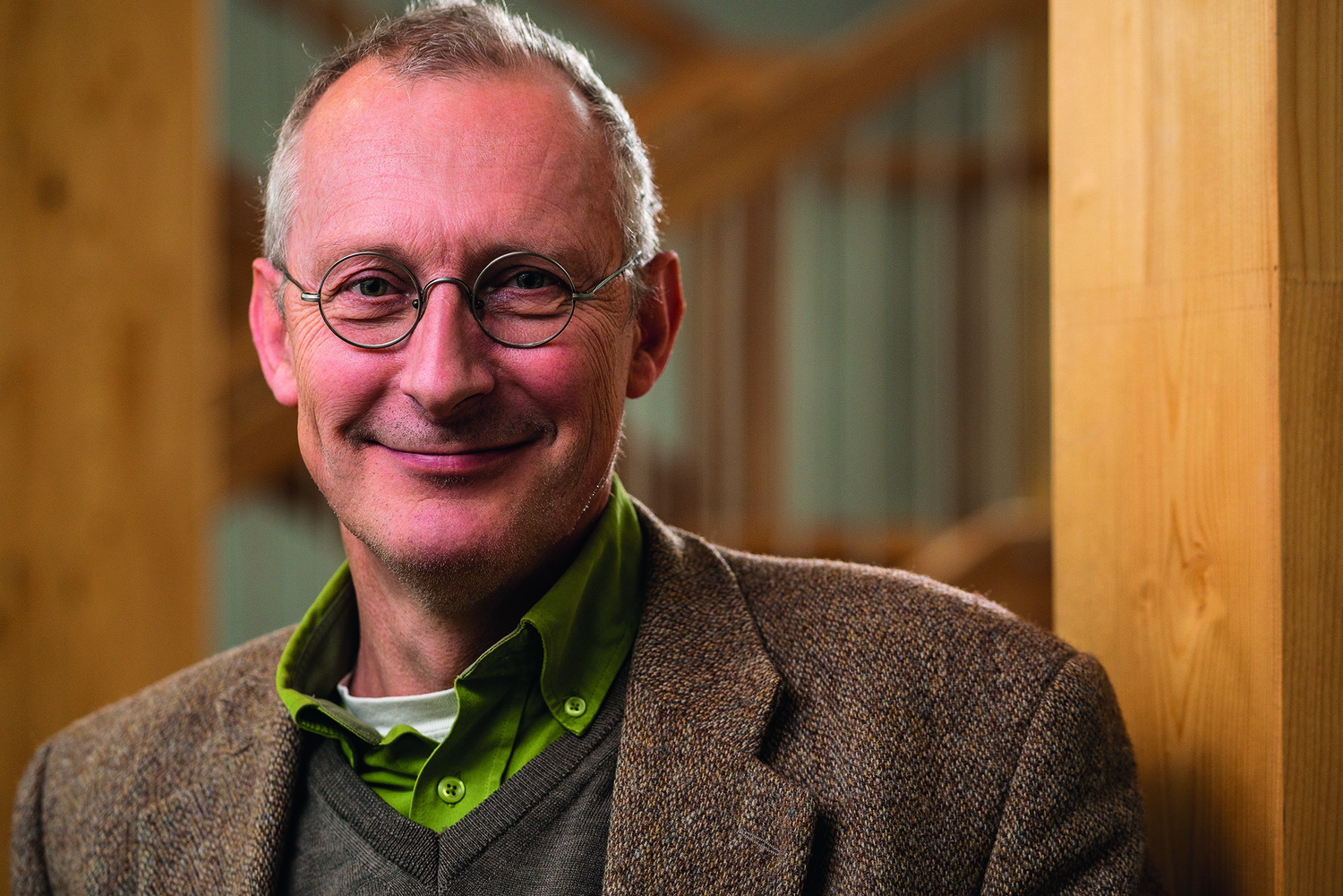