Press release: Warm seas when the Earth was still young?

Researchers from the Universities of Göttingen, Cologne and Århus calculate the water temperatures of the first oceans

For decades, there has been controversy about the water temperatures of the first oceans on Earth. At that time, radiation from the Sun was much weaker and the oceans could have been very cold, perhaps even frozen. On the other hand, the very dense carbon dioxide (CO2) atmosphere could have caused an extreme greenhouse effect, which might have led to ocean temperatures of around 70 degrees Celsius. Three scientists from the Universities of Cologne, Göttingen and Århus have now combined their research about the development of our atmosphere with that of the rock crust and seawater temperatures. They have calculated temperatures of about 40 degrees Celsius in the early period of the Earth. The results were published in the scientific journal Proceedings of the National Academy of Sciences.

"The atmospheres of Earth and its sibling Venus have developed in very different directions over the last 4.6 billion years," says isotope geologist Professor Andreas Pack from the University of Göttingen. "Our sister planet Venus still has a very dense atmosphere consisting mainly of CO2 even today. The atmospheric pressure at the planet’s surface is over ninety times that of Earth. CO2 is now only present on Earth as a trace gas, which means that it only occurs in the air in very small amounts. Where has all the CO2 gone?"

In Göttingen University’s isotope laboratory, the composition of the isotopes of rocks from the Earth's early history was examined. One outcome of new calculations of how material flows globally is that the temperatures 3.5 billion years ago were around 40 degrees Celsius: on the one hand not so extremely hot as previously assumed, but on the other hand still significantly warmer than today. Given the weaker solar radiation at that time, these environmental conditions could only have been achieved if there was still a lot of CO2 in the early Earth's atmosphere.

Geochemist Dr Daniel Herwartz from the University of Cologne, who led the study, explains: "Earth originally also had an atmosphere extremely rich in CO2, just like Venus. When the first oceans formed on Earth 4.4 billion years ago, a large part of the atmospheric CO2 dissolved in the water. Unlike Earth, Venus has no oceans, which is why the CO2 is still in its atmosphere. The acidic seawater here in the early days of the Earth led to much more intensive weathering of the rocks of the Earth’s crust than we observe today. During weathering, huge amounts of carbon dioxide were bound in carbonate rock for a long time and were also removed from the atmosphere.”

"However, three billion years ago there were no continents, or only very small ones, and this meant the CO2 bound in the rocks was released back into the atmosphere during the rock cycle," adds co-author Professor Thorsten Nagel from the University of Århus. "After that, the first large and stable continents formed. The carbon stored in the rocks of the continents remains there and that means that CO2 has been taken out of the atmosphere and the oceans in the long-term. This made it significantly colder on Earth, as documented by the occurrence of the first ice ages 2.9 billion years ago."

Venus has practically preserved its original, dense CO2 atmosphere because it lacks stable oceans. Earth has taken its own unique path of atmospheric evolution.  "Our collaboration has shown that the evolution of the atmosphere, rock crust and oceans must always be considered as a whole, and the systems influence each other on long geological time scales," adds Herwartz. 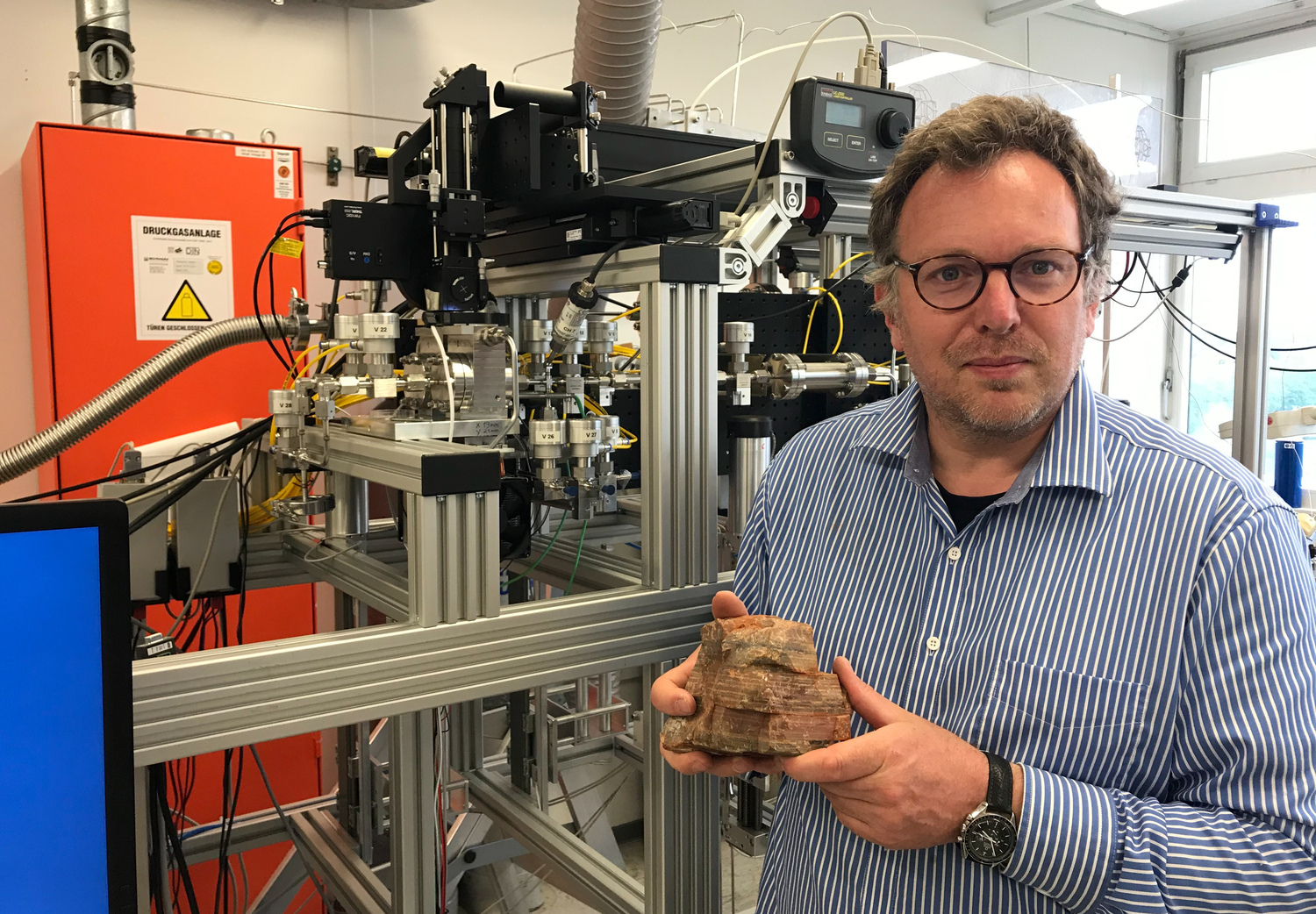