The fairy circles of the Namib are one of nature’s greatest mysteries. Millions of these circular barren patches extend over vast areas along the margins of the desert in Namibia. In 1979, G.K. Theron published the first research about their origin. His hypothesis was that poisonous substances from Euphorbia damarana leaves induced fairy circles. As part of a new study, scientists from the University of Göttingen and the Gobabeb Namib Research Institute located the original euphorbia plants that were part of Theron’s study. Four decades later, the researchers are now able to conclusively disprove Theron’s original hypothesis. Their results were published in the journal BMC Ecology and Evolution.

In the late 1970s, South African botanist Theron noticed several dying and decomposing shrubs of euphorbia in the Giribes area of north-western Namibia. He therefore proposed that poisonous substances from the leaves of this plant could kill the grasses and induce fairy circles and his hypothesis was published in 1979. As part of the current study, scientists went back to this same area and managed to locate the original metal pins that marked the plants. In 2020, the research team documented these remote sites in detail for the first time, using ground-based photography as well as high-resolution drone imagery and historic satellite images.

The researchers show that none of the marked euphorbia locations developed into a fairy circle. Instead, long-lived grass tussocks were growing around all the metal pins. This runs contrary to the hypothesis that poisons from euphorbia inhibited the growth of other plants because these grasses survived. Given that the euphorbia hypothesis proposes that only dead and decaying shrubs would induce a barren patch, the researchers also measured the sizes of the dying euphorbias and compared them to the sizes of fairy circles in the same study plots. As well as in Giribes, this second part of the study was also carried out at Brandberg. In both regions, the diameters of decaying euphorbias could not explain the sizes of the much smaller or the larger fairy circles. In a third part of the study, the spatial patterns of the fairy circles were directly compared to the patterns of euphorbias within the same areas to investigate a potential link between both distributions in the regions Giribes, Brandberg and Garub. However, the patterns of shrubs and circles did not match: in four out of five plots the patterns differed significantly, with the circles being regularly distributed while the euphorbias were predominantly clustered. Hence the process that creates the pattern of fairy circles is different from the process that creates the pattern of the euphorbias.

Dr Stephan Getzin, Department of Ecosystem Modelling at the University of Göttingen, summarizes, “When Theron published his original euphorbia hypothesis more than four decades ago, he was a pioneer in fairy-circle research: almost nothing was known about them at that time. Today, however, we see the long-term outcome of his early experiment and – based on our detailed field observations – we have to reject the euphorbia hypothesis.” Getzin explains, “Disproving hypotheses about the origin of fairy circles is an important step in solving their mystery because it helps advance our scientific understanding. It enables us to identify more probable mechanisms which explain these stunning formations as well as other fascinating biological phenomena.”

This project was possible thanks to funding from the German Research Foundation (DFG). 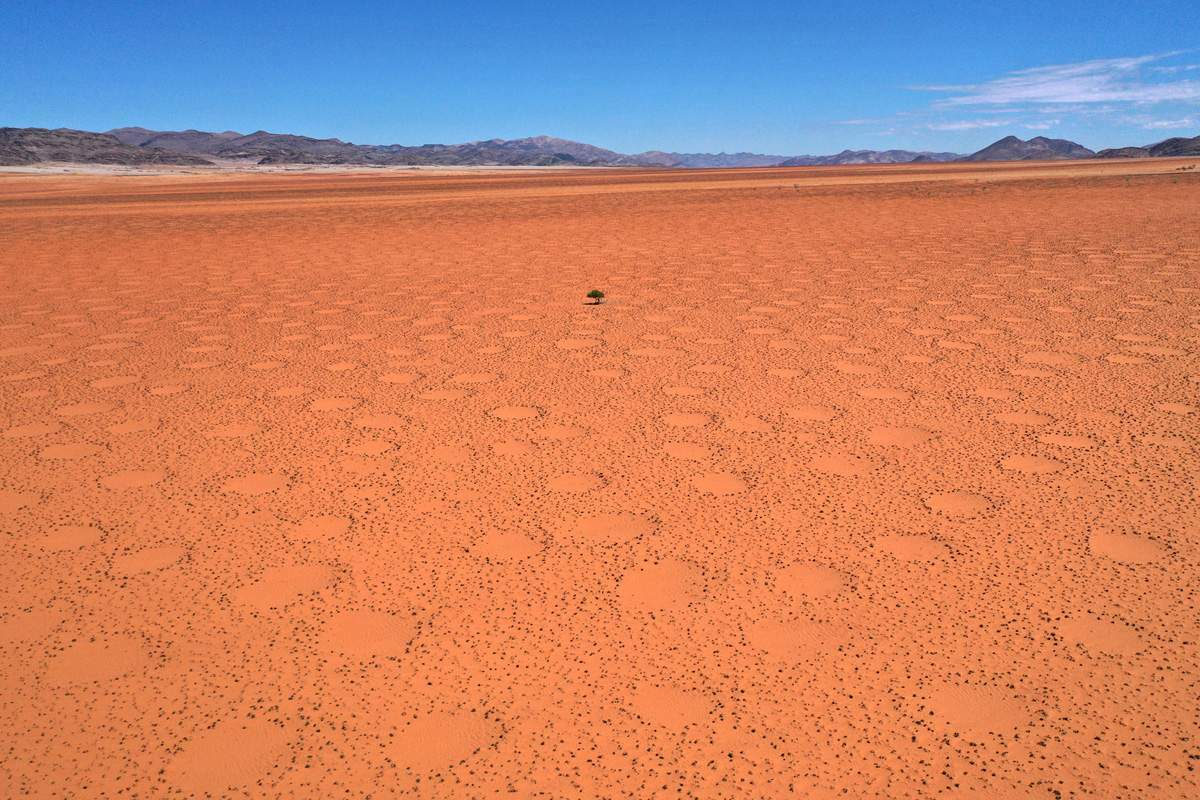 Drone image of the fairy circles and a lonesome tree in the Giribes Plains. Hundreds of thousands of fairy circles occur in the Giribes without any Euphorbia damarana in the vicinity. These typical fairy circles of the Giribes have a regular pattern, mostly with an extraordinary degree of spatial ordering. By contrast, euphorbias in the isolated location where Theron marked the shrubs had an opposite clustered pattern, which cannot explain the origin of the regularly distributed fairy circles. 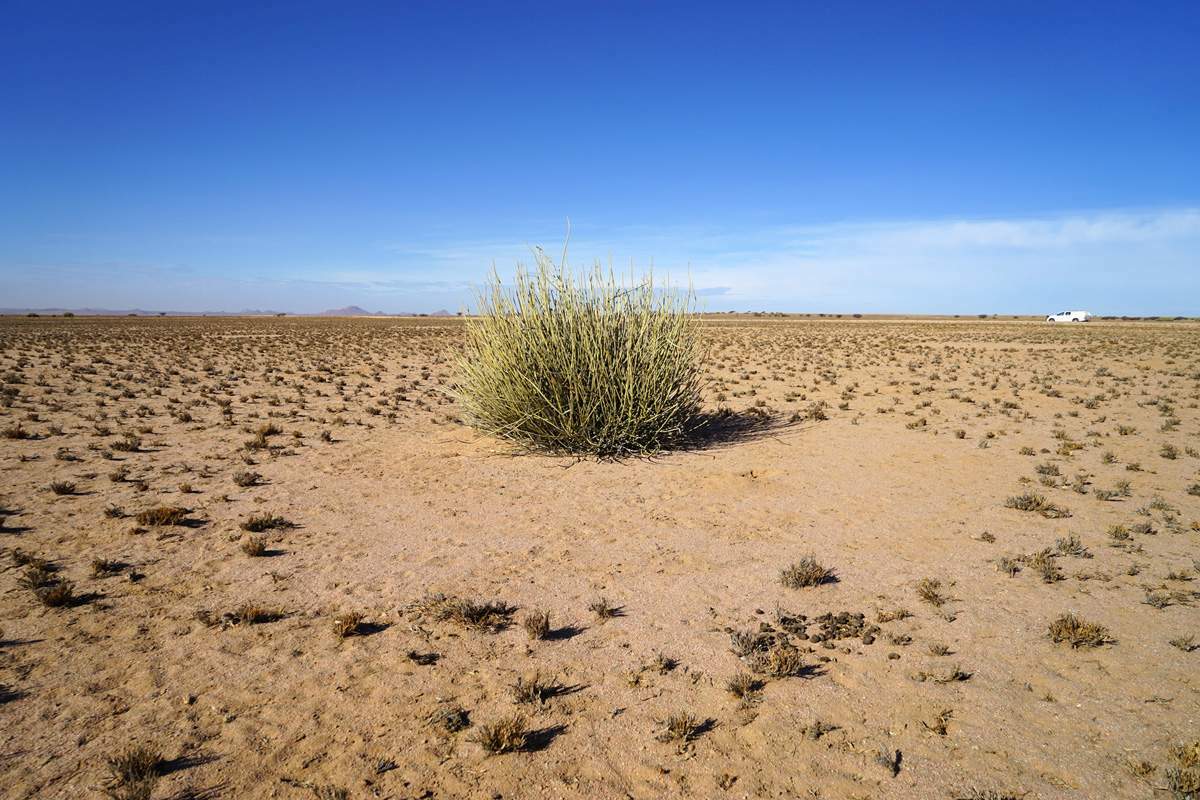 A vital Euphorbia damarana shrub growing at the edge of a much larger fairy circle in the Brandberg region. The size distribution of the dead shrubs did not match the sizes of the fairy circles in the study. 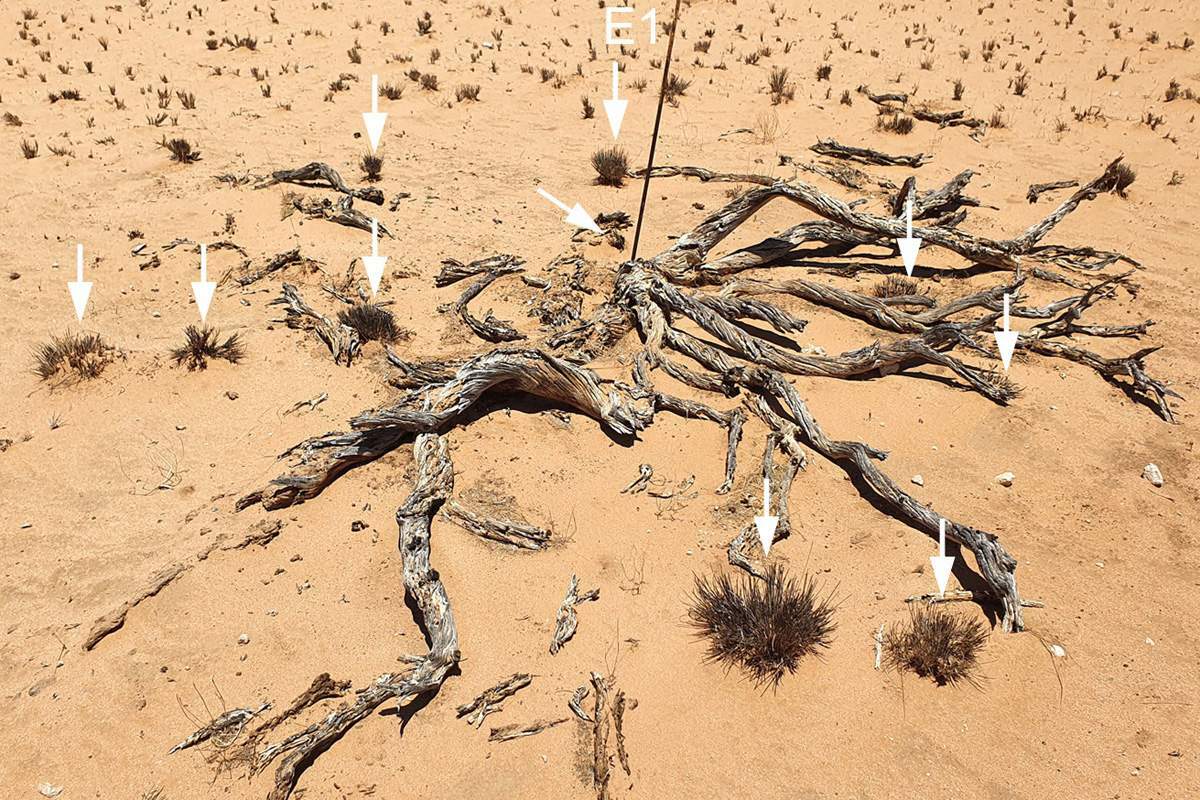 A decaying Euphorbia damarana shrub that was marked by G.K. Theron more than four decades ago. Many large grasses were growing around the metal pin. 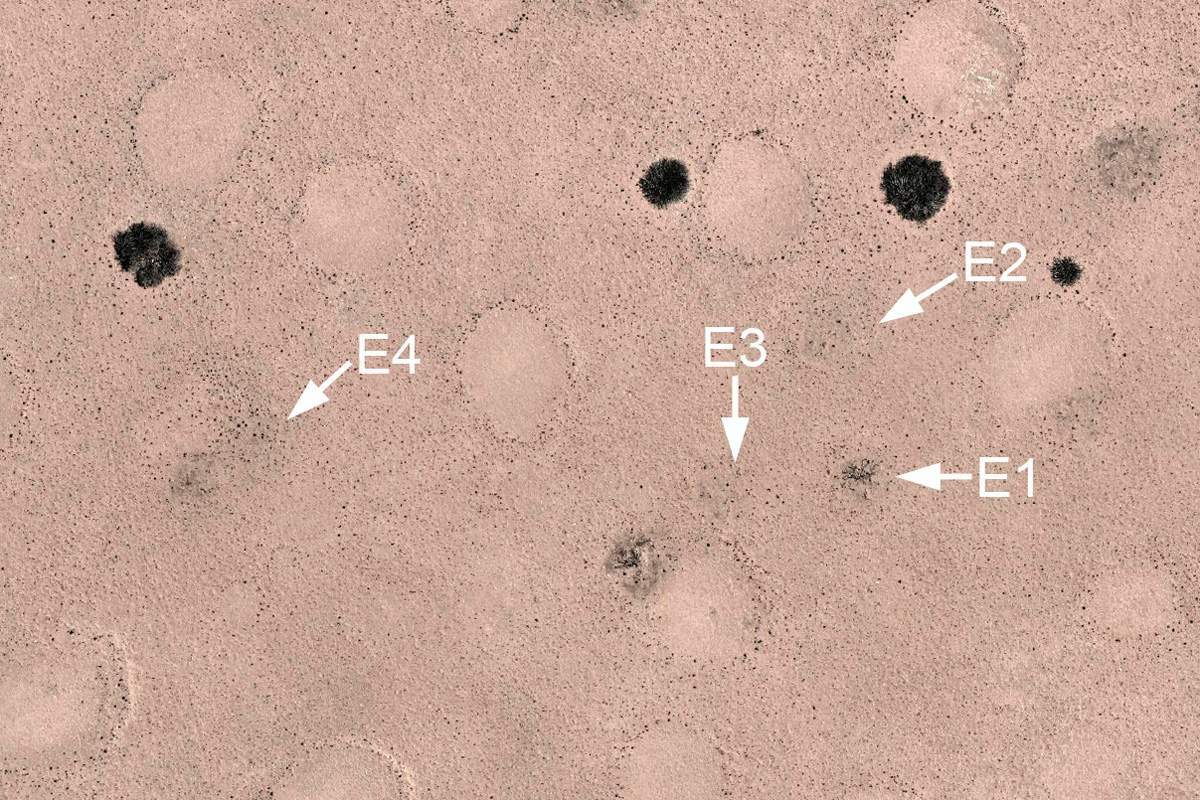 A georeferenced drone image of four decaying Euphorbia damarana that were marked by Theron. None of these euphorbia locations developed into a fairy circle over time. The dark spots in the image also show some living euphorbia shrubs, and the barren patches are the much larger fairy circles around them. 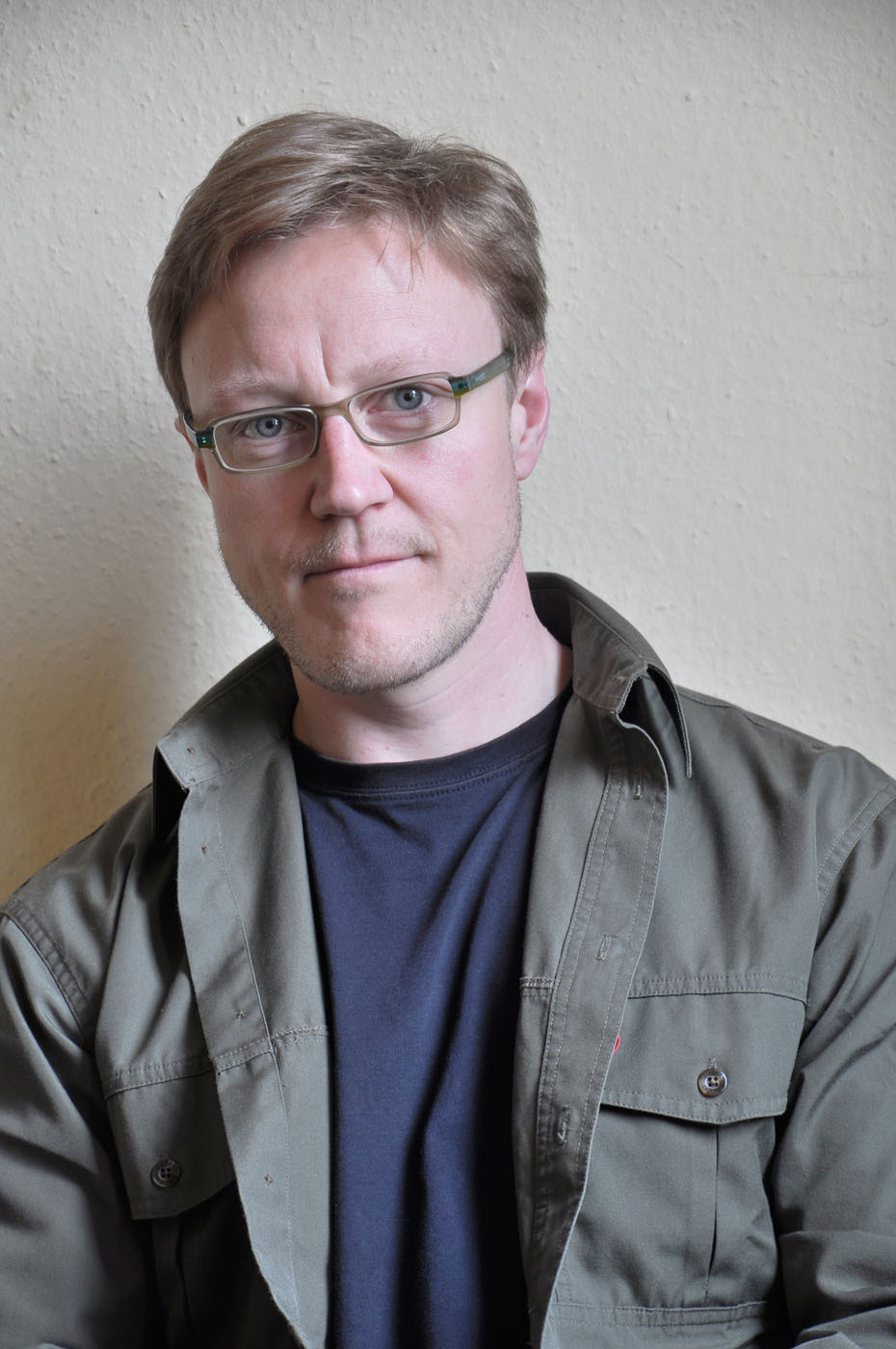