Usually, the electrical resistance of a material depends very much on its physical dimensions and fundamental properties. Under special circumstances, however, this resistance can adopt a fixed value that is independent of the basic material properties and “quantised” (meaning that it changes in discrete steps rather than continuously). This quantisation of electrical resistance normally occurs within strong magnetic fields and at very low temperatures when electrons move in a two-dimensional fashion. Now, a research team led by the University of Göttingen has succeeded in demonstrating this effect at low temperatures in the almost complete absence of a magnetic field in naturally occurring double-layer graphene, which is just two atoms thick. The results of the study have been published in Nature.

The team from the University of Göttingen, Ludwig Maximilian University of Munich and the University of Texas (Dallas) used two-layer graphene in its natural form. The delicate graphene flakes are contacted using standard microfabrication techniques and the flake is positioned so that it is hangs freely like a bridge, held at the edges by two metal contacts. The extremely clean double-layers of graphene show a quantisation of electrical resistance at low temperatures and almost undetectable magnetic fields. In addition, the electrical current flows without any loss of energy. The reason for this is a form of magnetism that is not generated in the usual way as seen in conventional magnets (ie by the alignment of the intrinsic magnetic moments of electrons), but by the motion of the charged particles in the graphene double layer itself. "In other words, the particles generate their own intrinsic magnetic field, which leads to the quantisation of the electrical resistance," says Professor Thomas Weitz from the University of Göttingen.

The reason this effect is special, is not just that it only requires an electric field, but also that it occurs in eight different versions that can be controlled by applied magnetic and electric fields. This results in a high degree of control, because the effect can be switched on and off and the direction of movement of the charged particles can be reversed. "This makes it a really interesting candidate for potential applications, for example, in the development of innovative computer components in the field of spintronics, which could have implications for data storage," says Weitz. "In addition, it is an advantage that we can show this effect in a system comprising a simple and naturally occurring material. This is in stark contrast to the recently popularised ‘heterostructures’, which require a complex and precise composition of different materials."

First, however, the effect must be further investigated and ways to stabilize it at higher temperatures need to be found, because currently it only occurs at up to five degrees above absolute zero (the latter being 273 degrees below 0oC).”

University of Texas at Dallas 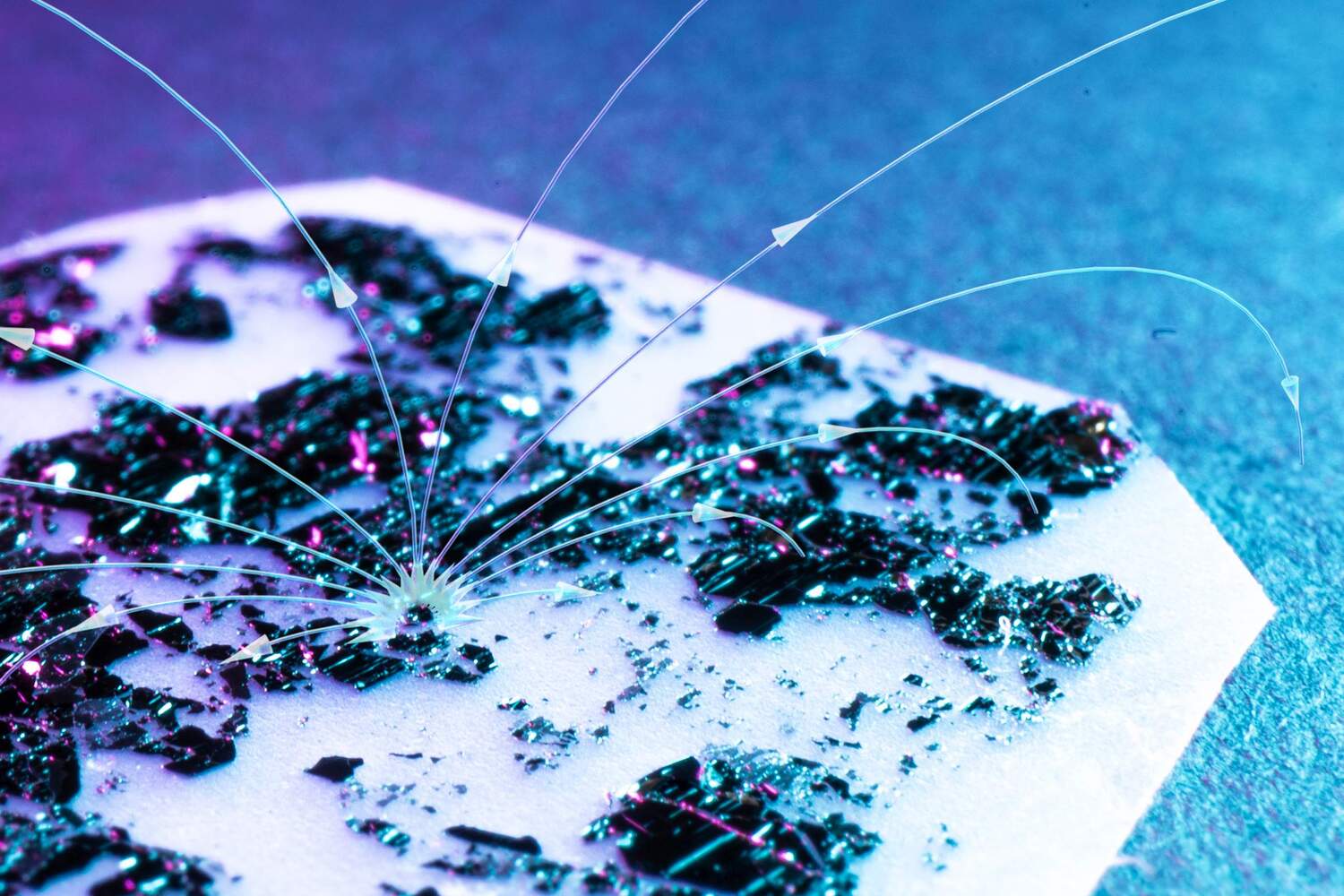 Scanning electron microscope image of a contacted, two-atom-thick, free-floating graphene flake with a free-floating metal bridge hovering above it. 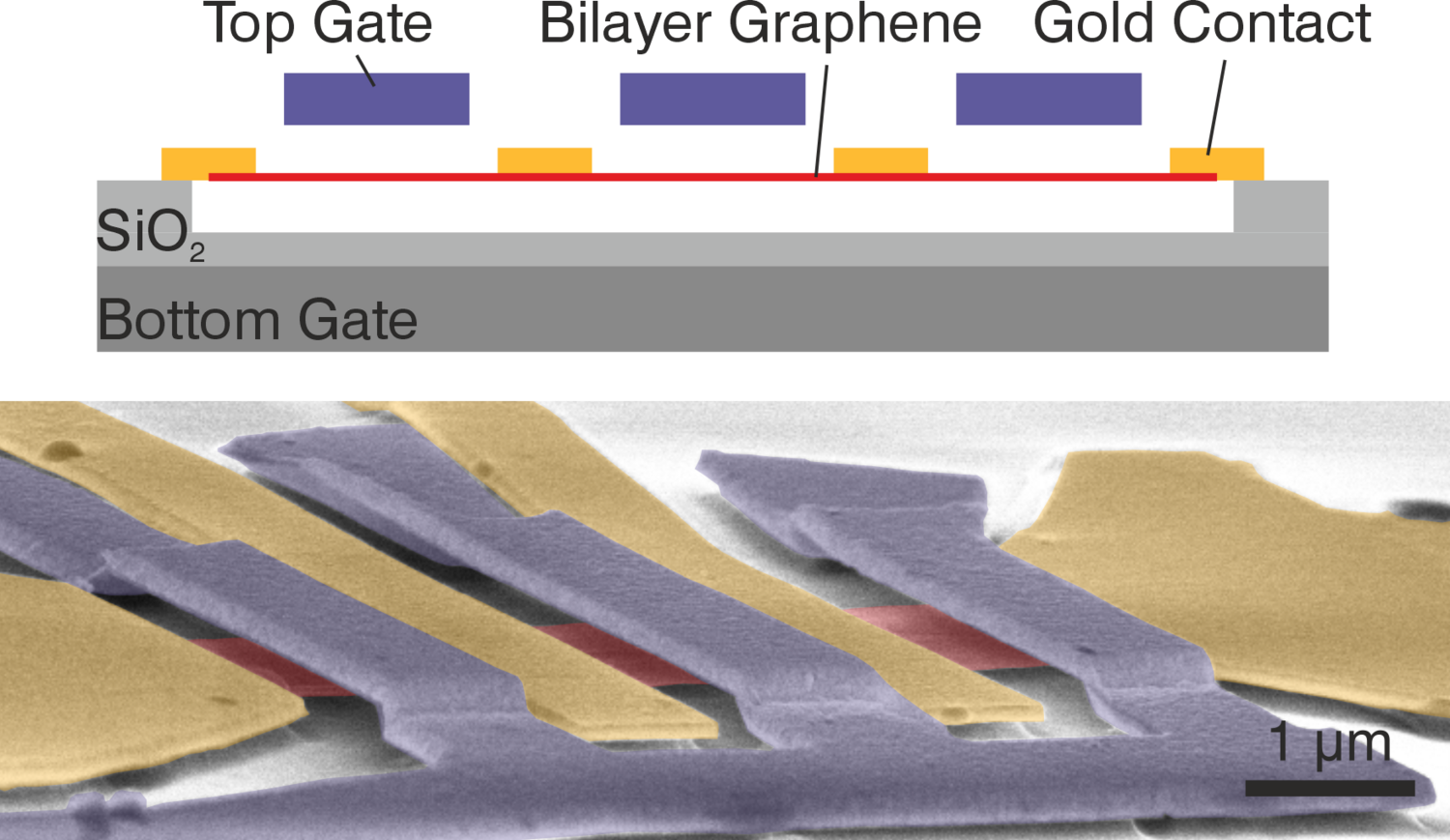 The gold contacts are shown as yellow, the graphene double layers red, and the metal bridge blue. 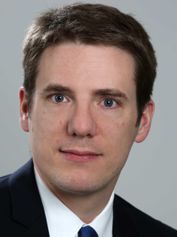 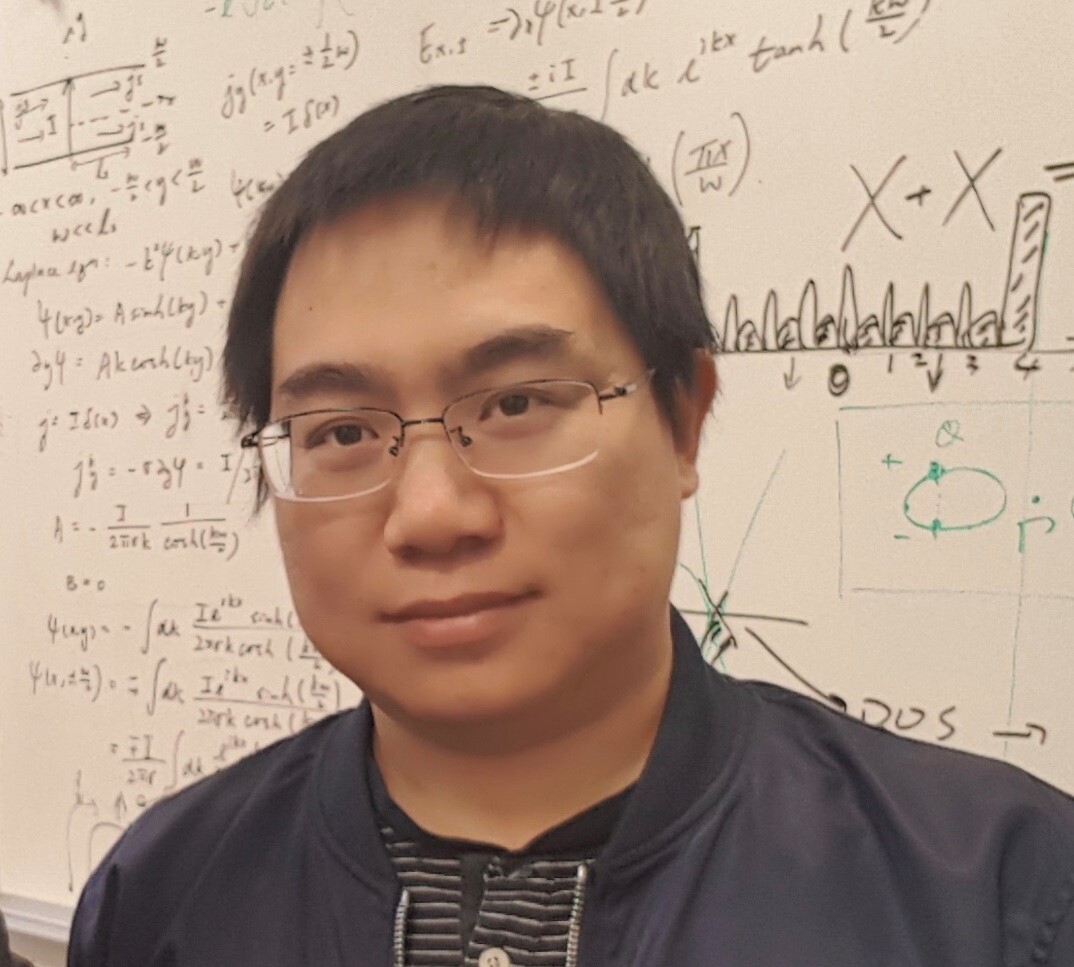