Solar prominences hover above the visible solar disk like giant clouds, held there by a supporting framework of magnetic forces, originating from layers deep within the Sun. The magnetic lines of force are moved by ever-present gas currents – and when the supporting framework moves, so does the prominence cloud. A research team from the University of Göttingen and the astrophysics institutes at Paris, Potsdam and Locarno observed how magnetic forces lifted a prominence by 25,000 kilometres – about two Earth diameters – within ten minutes. The results of the study were published in The Astrophysical Journal.

This uplift corresponds to a speed of 42 kilometres per second, which is about four times the speed of sound, in the prominence. Oscillations occurred with a period of 22 seconds, during which positively charged ions of iron were up to 70 per cent faster than neutral helium atoms. The charged iron ions have to follow the movement of the magnetic field but the uncharged helium atoms are not affected in the same way. In fact, the helium atoms are carried along by the ions, but only partly because there are not enough collisions between the two types of particle since the gas pressure is too low.

Such conditions – where partially ionised gas exists with few collisions – play an important role in astrophysics. Their role is not just demonstrated in solar prominences, but also in the following: the huge gas clouds from which stars and planets form; the gas that fills the vast expanse between stars; and in the gas between galaxies. Theoretical astrophysicists have already simulated such conditions as two fluids interacting only weakly with each other. "Some of the previous assumptions used in model calculations can now be verified thanks to these new measurements in our results," says Dr Eberhard Wiehr from the Institute for Astrophysics at the University of Göttingen.

The team carried out the observations at the solar telescope in Locarno, where it is only possible to measure two emission lines simultaneously. Now the scientists are planning extended observations at the French telescope on Tenerife, where several lines can be measured at the same time. In addition, the light intensity for this telescope is increased four-fold, which will enable such a short exposure time for the light-sensitive cameras that even shorter oscillation periods will be measurable. "We may then find even higher velocity differences between the charged ions and the neutral atoms," added Wiehr. 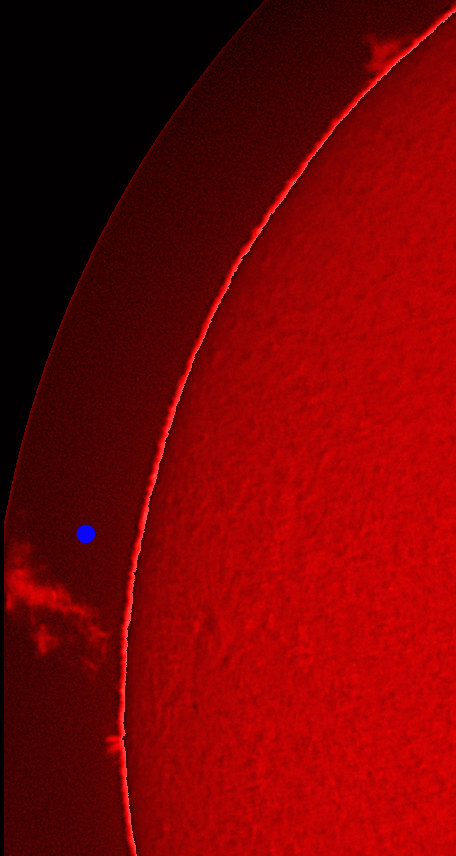 The solar prominence from 28 June 2019, 7:58 a.m., observed by the Learmouth observatory, Australia. The prominence reaches a height of 90,000 km above the solar limb, corresponding to 7 diameters of the Earth, which is shown as a blue dot 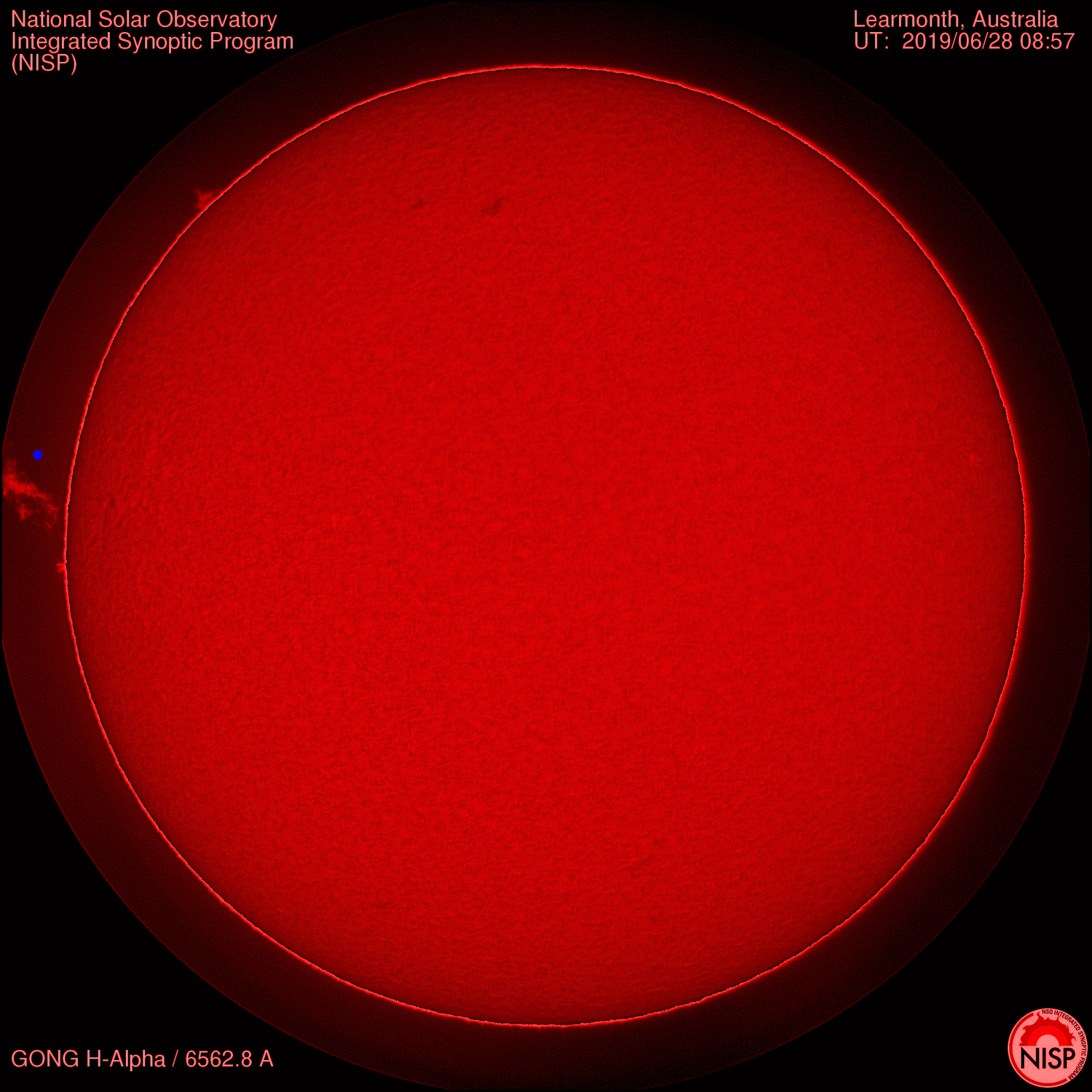 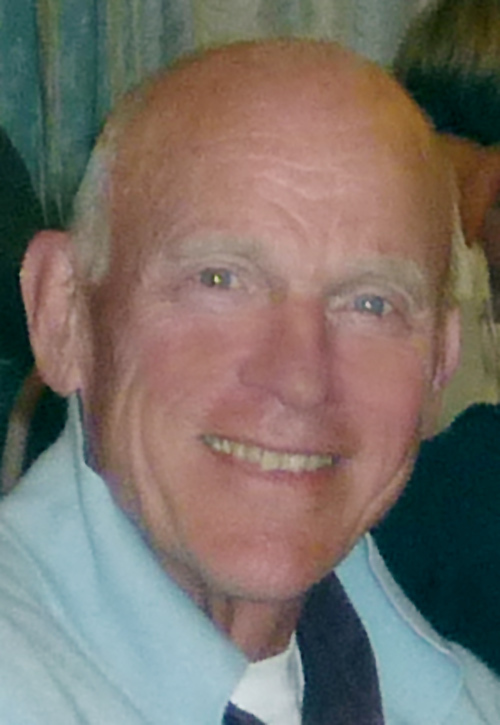