The soils and vegetation of Patagonia's fjord regions form a unique and highly sensitive ecosystem that is closely linked to marine ecosystems, sediment deposition and carbon storage in the ocean. A research team, including the University of Göttingen, has been working on reconstructing the climate history of this region in this extremely wet, rainy and inaccessible fjord and island zone of the Patagonian Andes in southern Chile. Due to its location, the area is a key region for understanding the history of the southern westerly wind belt within the global climate system. The results were published in the journal Nature communications earth & environment.

The research, in collaboration with the University of Trier, is based on extensive soil analyses and, above all, the detailed geochemical analyses of a stalagmite that is around 4,500 years old, which was recovered from an almost inaccessible cave. "This stalagmite is the southernmost limestone deposit of its kind ever found," says Professor Gerhard Wörner of the Geoscience Center at Göttingen University. "Its fine and detailed stratification enables us to document the chemical composition of the stalagmite at high temporal resolution.” Since the stalagmite formed over a long time from surface waters that seeped into the cave, this geological “archive” makes it possible to reconstruct the climate-driven chemical processes in the peaty soils at the Earth's surface above the cave.

It turns out that the transport of chemical compounds from the peatlands to the fjords in southern Patagonian fjords are particularly closely coupled with natural processes in the delicate soil ecosystems, which react highly sensitively to climate fluctuations and the input of volcanic ash from nearby active volcanoes. "It was a surprise to discover actual remnants of volcanic dust from eruptions of nearby volcanoes in the soil. In fact, tiny volcanic particles were detected embedded in the stalagmite from the cave," Wörner explains. The effect of volcanic depositions can also be documented from geochemical anomalies in the stalagmite – such as the high presence of sulphur – and can even be attributed to individual volcanic eruptions by dating the stalagmite layers. These volcanic deposits are of fundamental importance for the chemical processes in the peatlands of Patagonia and have a particularly strong effect under the influence of the extreme precipitation in the region. "These effects range from substantial destruction of vegetation after large eruptions to a possible fertilizing effect on the ocean as a result of nutrients released after smaller eruptions," Wörner adds. 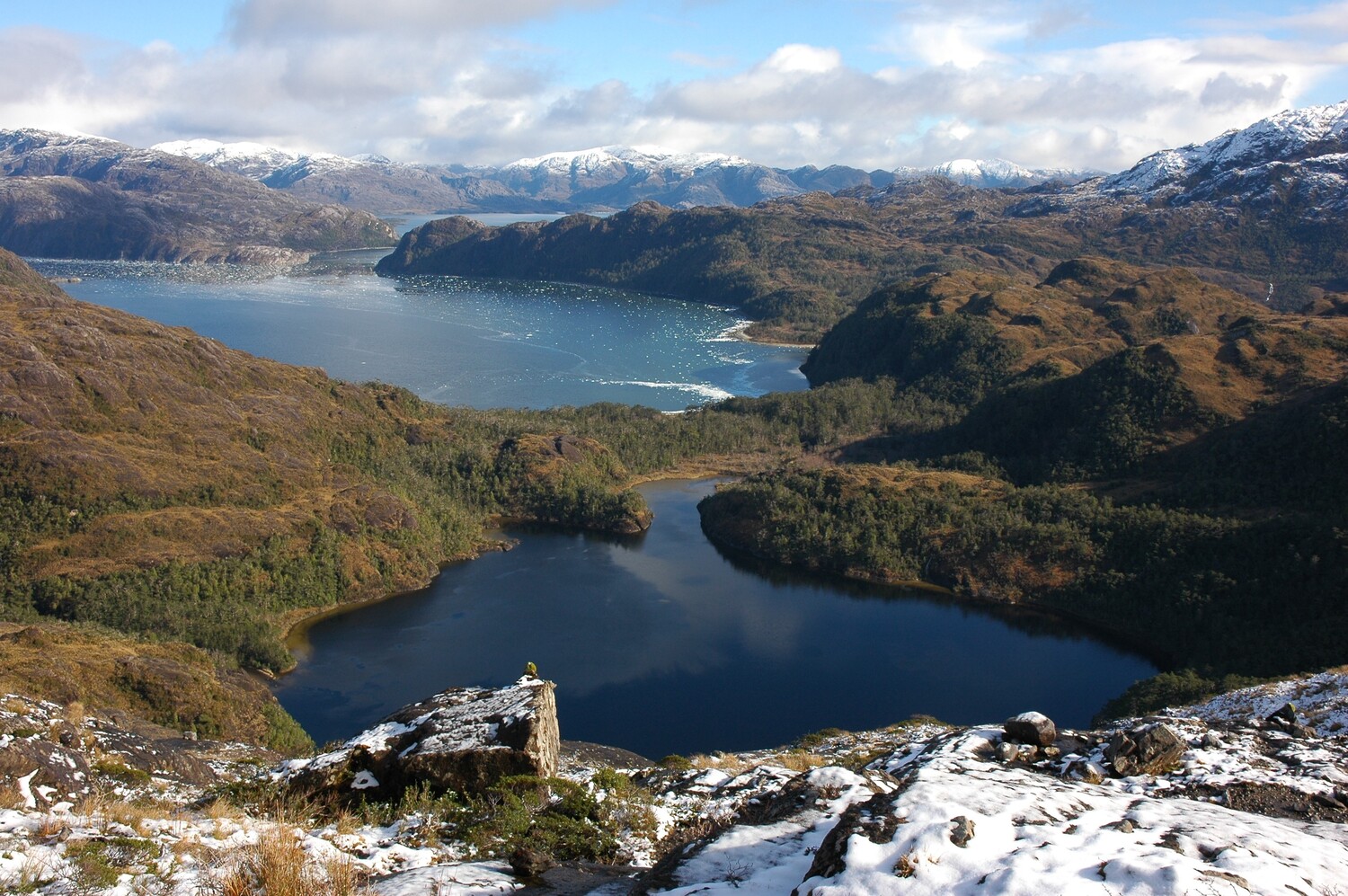 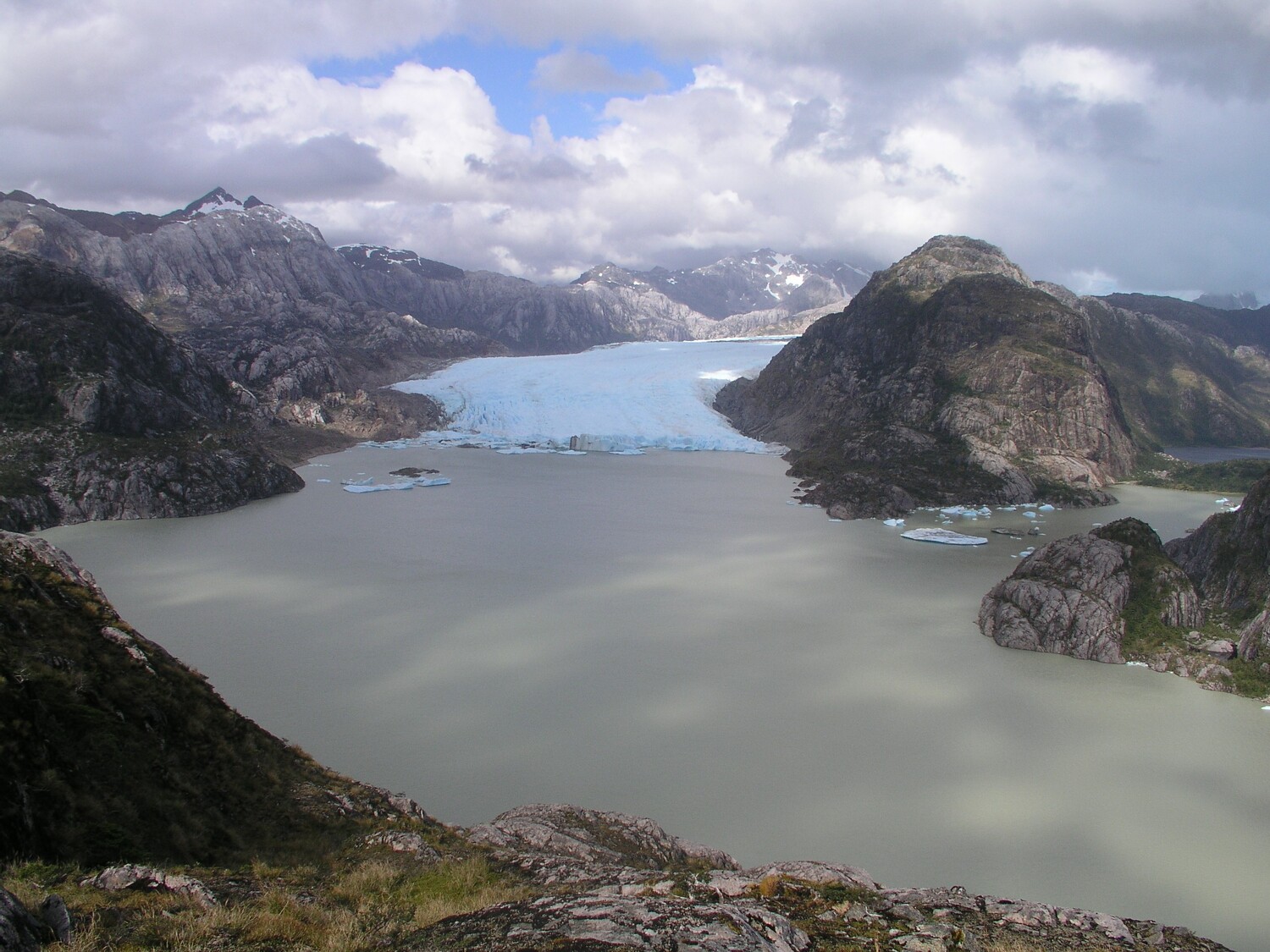 The nearest human settlement is 100 kilometers away. 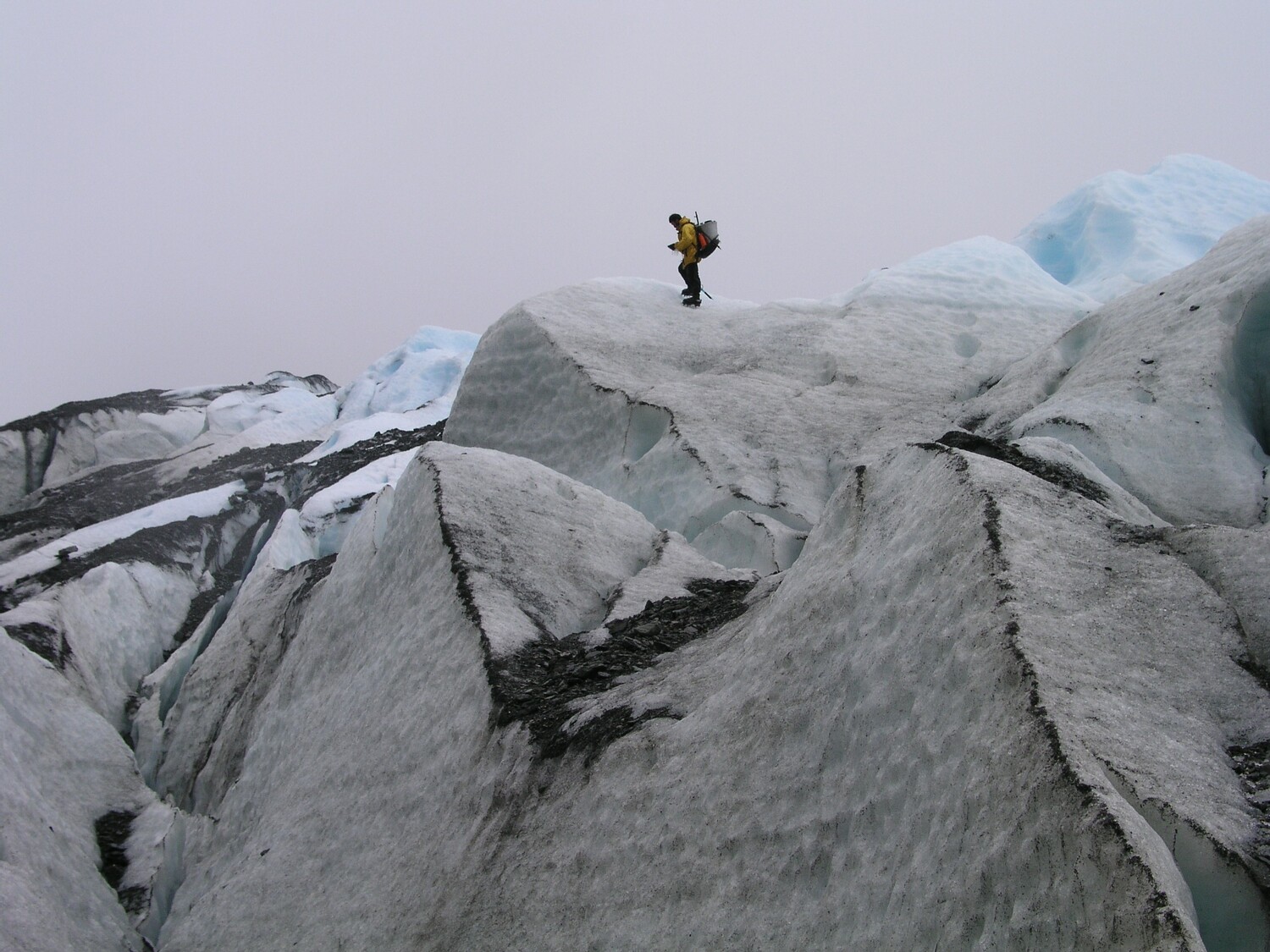 Field work on the glaciers of Patagonia. 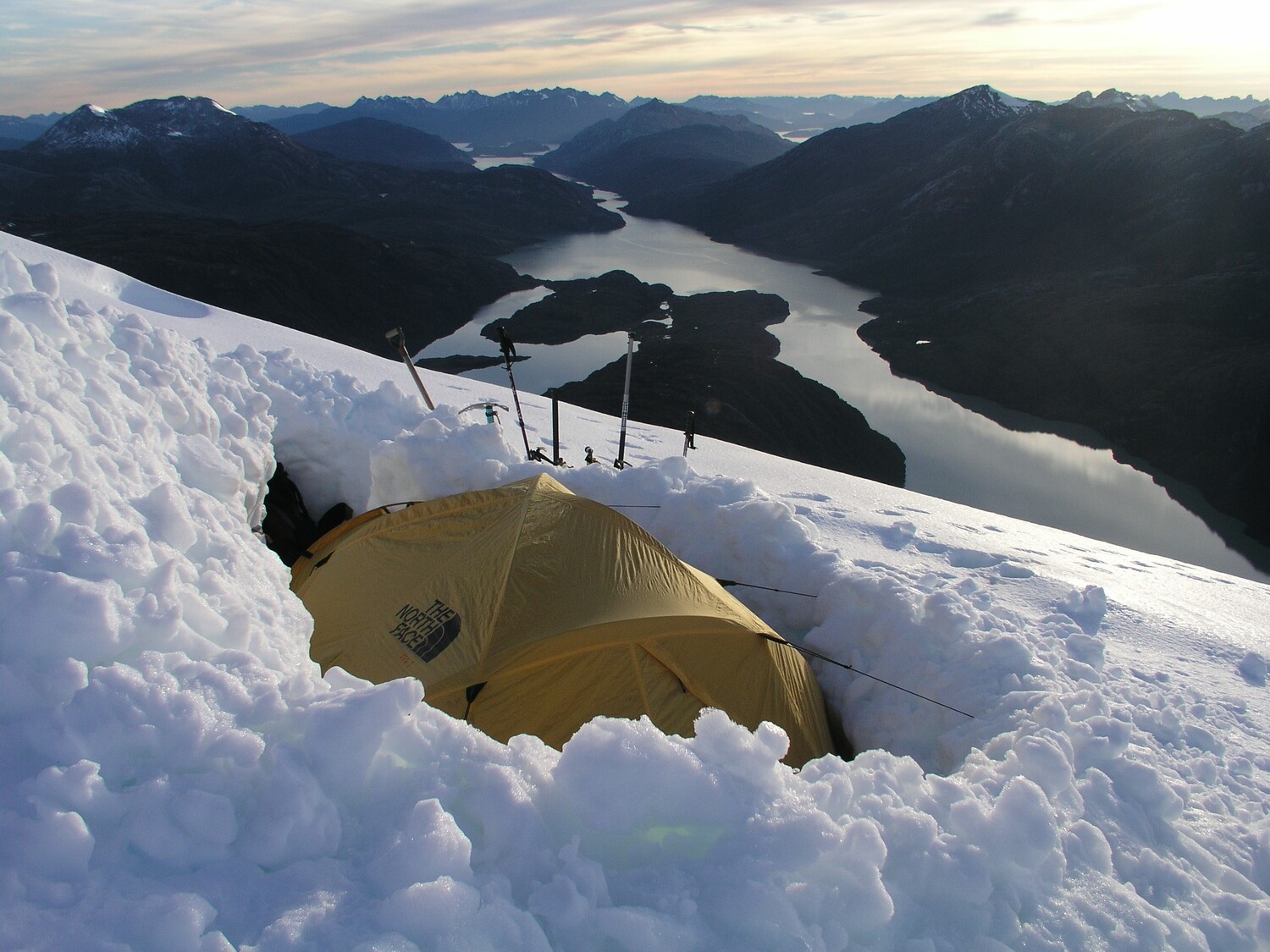 View of the research area from Gran Campo Nevado, the southernmost ice sheet north of Antarctica.

Section through the MA-1 stalagmite from Arevalo Cave showing the fine layering of limestone. These deposits are a geochemical archive of the changing environmental conditions at the Earth's surface over more than 4,000 years.