(pug) In the future, more and more medications, materials and catalysts will be designed, tested and further developed through computer simulations alone. However, in order to reach this stage, one requires algorithms accurate enough to predict real life chemistry. A particular example is catalysis, where the elementary rate constants (the speed at which reactions take place) can be modeled through quantum chemical methods. Researchers at the University of Göttingen and the Max Planck Institute for Multidisciplinary Sciences in Göttingen have now managed to determine the elementary rate constants for the recombination of hydrogen atoms on platin to form hydrogen molecules. The work was published in Science.

Unfortunately, when developing computer simulations, many simplifying approximations are employed to make the problem computationally feasible, making their predictive power uncertain. The issue is worsened by the fact that very few elementary rate constants are known from experiment and accurate enough to serve as critical benchmarks. The Research Training Group (RTG) BENCh at the University of Göttingen has been providing critical data for the testing and improvement of computer simulations over the past three and a half years and now reaches important milestones.

While the recent Göttingen experimental study focuses on the simplest possible chemical reaction on a catalytic surface, its rate constant was yet to be determined, and unattainable by simulation. The authors show that a dominant contribution to the theory-experiment mismatch emerges from incorrect accounting of nuclear quantum effects, associated with the small mass of the hydrogen atom. A classical mechanics method that could not account for the Heisenberg’s uncertainty principle predicted too low entropy of the adsorbate, which reflected in an error of up to three orders of magnitude in the rate constant. In addition, the scientists present clear evidence for the importance of electron spin in chemical reactions on metal surfaces – a quantum effect which has been ignored in computational heterogeneous catalysis so far.

The RTG also organizes blind challenges to the theory community, pitting different methods and softwares in search for the most robust algorithms. Until 15 September 2022, the Fe-MAN (Ferrates – Microkinetic Assessment of Numerical quantum chemistry) challenge is open, challenging groups worldwide to predict in silico rate constants measured in the Koszinowski lab in Göttingen. “Our goal is two-fold, to create benchmarks that stand the test of time in the development of quantum chemical software, while assessing with full honesty where we stand,” states Professor Ricardo Mata, speaker to the RTG. 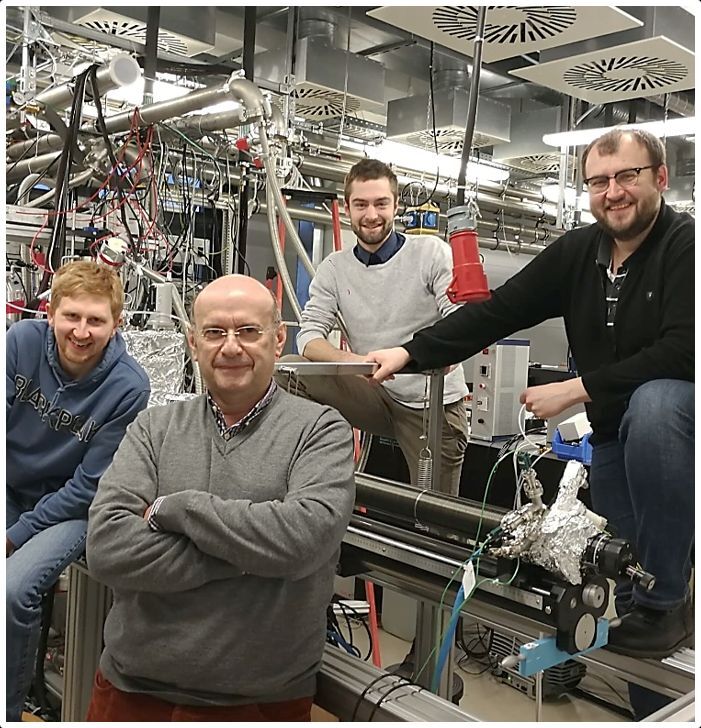