An international research team led by the University of Göttingen has detected novel quantum effects in high-precision studies of natural double-layer graphene and has interpreted them together with the University of Texas at Dallas using their theoretical work. This research provides new insights into the interaction of the charge carriers and the different phases, and contributes to the understanding of the processes involved. The LMU in Munich and the National Institute for Materials Science in Tsukuba, Japan, were also involved in the research. The results were published in Nature.

The novel material graphene, a wafer-thin layer of carbon atoms, was first discovered by a British research team in 2004. Among other unusual properties, graphene is known for its extraordinarily high electrical conductivity. If two individual graphene layers are twisted at a very specific angle to each other, the system even becomes superconducting, i.e. conducts electricity without any resistance, and exhibits other exciting quantum effects such as magnetism. However, the production of such twisted graphene double-layers has so far required increased technical effort.

This novel study used the naturally occurring form of double-layer graphene, where no complex fabrication is required. In a first step, the sample is isolated from a piece of graphite in the laboratory using a simple adhesive tape. To observe quantum mechanical effects, the Göttingen team then applied a high electric field perpendicular to the sample: the electronic structure of the system changes and a strong accumulation of charge carriers with similar energy occurs.

At temperatures just above absolute zero of minus 273.15 degrees Celsius, the electrons in the graphene can interact with each other – and a variety of complex quantum phases emerge completely unexpectedly. For example, the interactions cause the spins of the electrons to align, making the material magnetic without any further external influence. By changing the electric field, researchers can continuously change the strength of the interactions of the charge carriers in the double-layer graphene. Under specific conditions, the electrons can be so restricted in their freedom of movement that they form their own electron lattice and can no longer contribute to transporting charge due to their mutual repulsive interaction. The system is then electrically insulating.

"Future research can now focus on investigating further quantum states," say Professor Thomas Weitz and PhD student Anna Seiler, Faculty of Physics at Göttingen University. "In order to access other applications, for example novel computer systems such as quantum computers, researchers would need to find how these results could be achieved at higher temperatures. However, a major advantage of the current system developed in our new research lies in the simplicity of the fabrication of the materials."

University of Texas at Dallas
Department of Physics 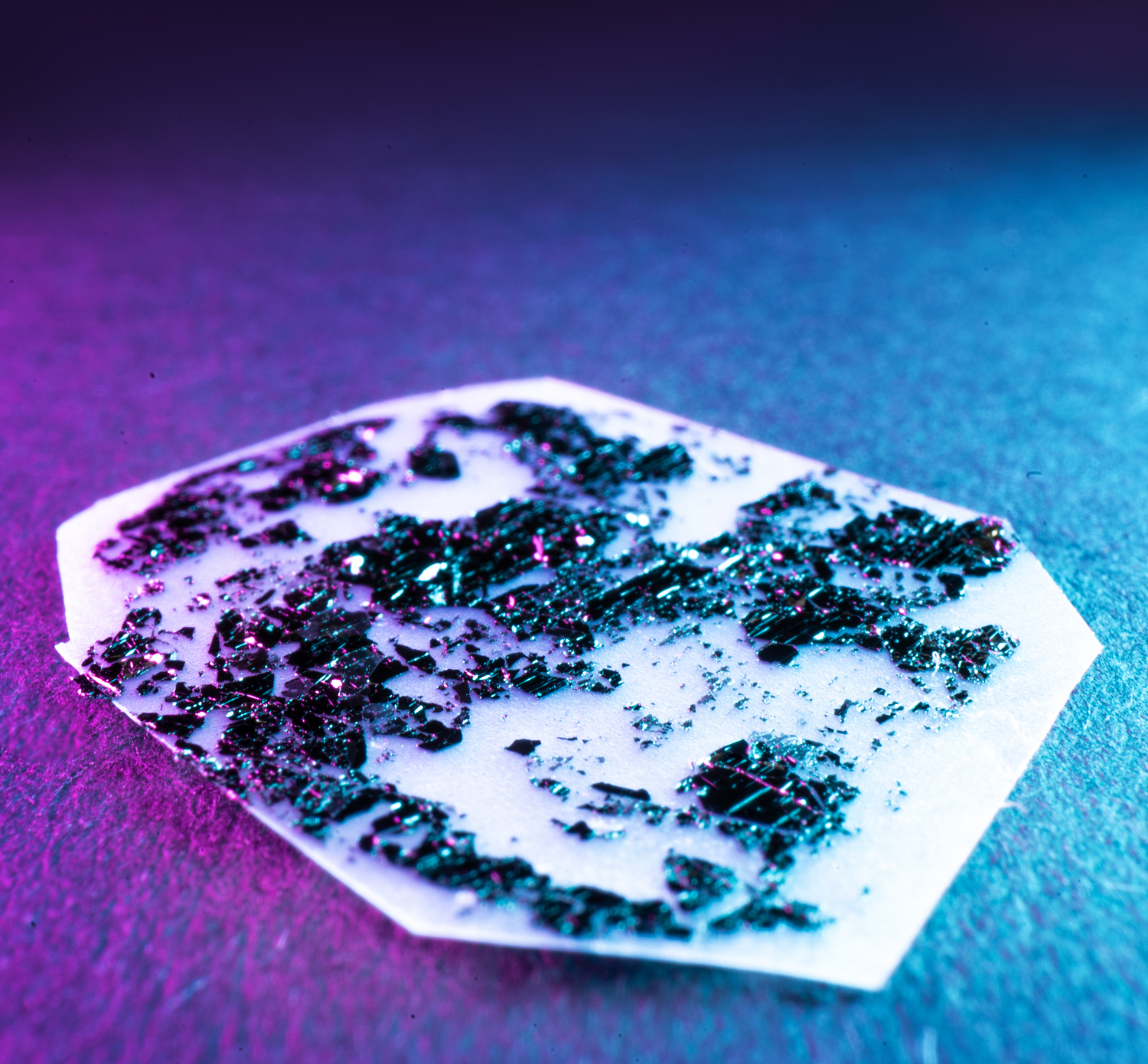 Graphene on a piece of adhesive tape