How do deeper areas of the brain control the dynamics in the cerebral cortex? This question is the focus of a new research network coordinated by the Allen Institute in Seattle, America. A sub-project is located at the Göttingen Campus Institute for Dynamics of Biological Networks (CIDBN). There, the scientists aim to elucidate how the cerebral cortex interacts with subcortical structures. The National Institutes of Health (NIH), the world's largest public funder of basic biomedical research, is funding the research network for five years with a total of around 18 million euros. Around 460,000 euros of this will go into work at the CIDBN.

This creates “thalamocortical” feedback loops with complex dynamics that can be controlled by subcortical brain areas. "This interaction serves, for example, working memory, which is the ability to keep a thought in your mind, but also to decide and plan and ultimately to act," Jaramillo explains. The task of his research is to capture this interaction in mathematical models in the Distributed Neural Dynamics and Control Laboratory of the CIDBN and to reproduce it in silico.

Jaramillo received his doctorate in 2014 from Humboldt-Universität zu Berlin and the Bernstein Center for Computational Neuroscience Berlin. After postdoctoral work at New York University, he became a junior research group leader at the European Neuroscience Institute Göttingen (ENI-G). In November 2022, he moved to the CIDBN for his project. "Jorge Jamarillo's research programme, with its combination of mathematical theory, high-performance biological computing and theory-driven novel experiments, exemplifies the mission of CIDBN," says CIDBN Founding Director Professor Fred Wolf. "Its theory-driven research adds an important new dimension to Göttingen's research focus on cognition and behaviour." 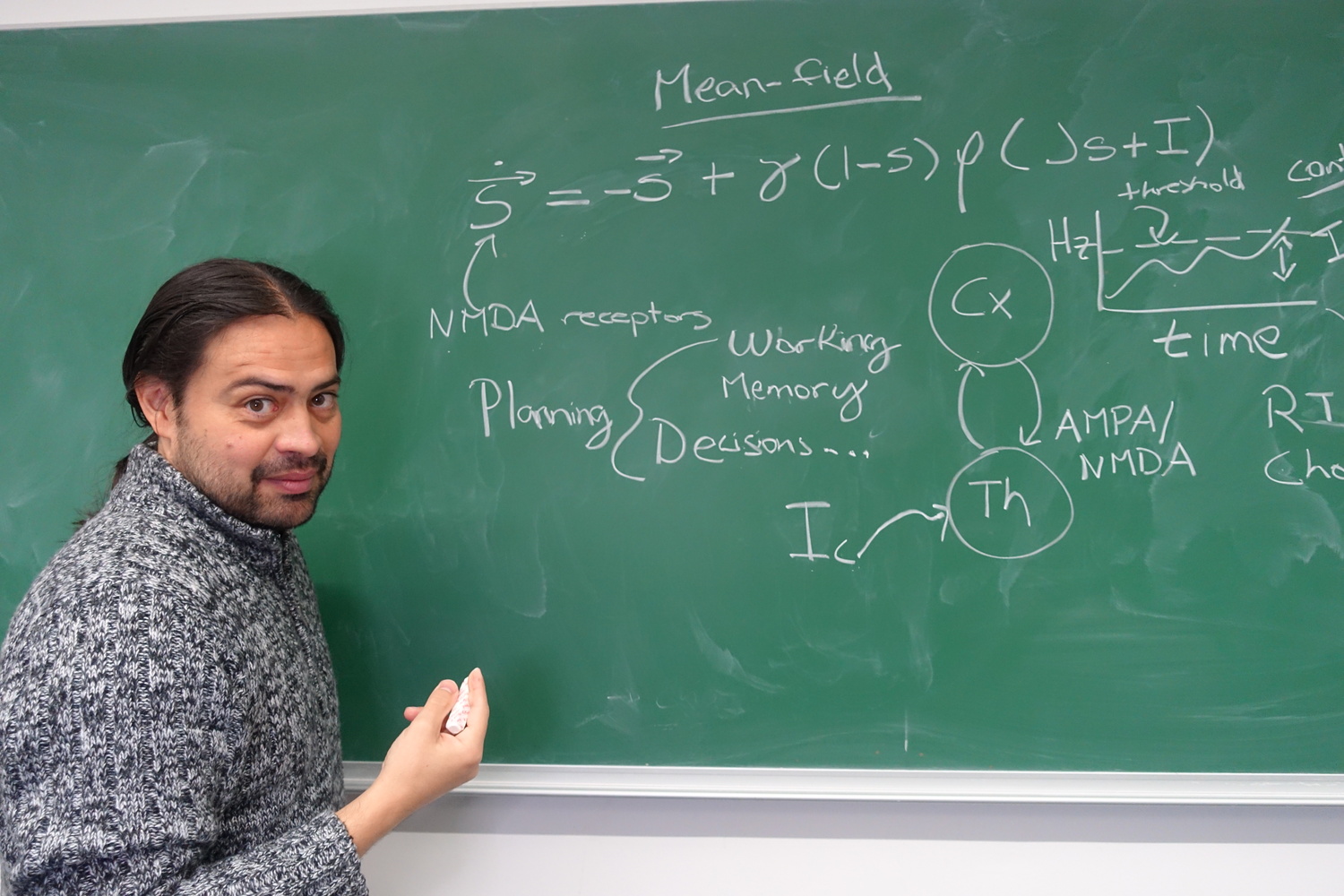 Dr Jorge Jaramillo, head of the sub-project at CIDBN