The range of courses
The double master’s programme “Chinese Law & Comparative Law” covers four semesters, of which two are spent in Göttingen and two in Nanjing. It is intended to give students who already have a degree in Law or Sinology comprehensive insight into Chinese law.
This is a Double Degree Programme. That means that alongside the degree awarded by the University of Göttingen (M.A./LL.M), the degree awarded by the University of Nanjing also applies (LL.M. 法学/经济法).

The following courses are available:


Depending on the specialization (Chinese Studies or Law), the degree programme will lead to different profiles of expertise. Those students specializing in Sinology will deal with Chinese law, history of law and philosophy of law, as well China-related complementary subjects (the politics, society, economy and history of China). Students specializing in Law will primarily gain extensive knowledge of Chinese law and knowledge of the application of law.

Entry requirements
Completed degree in Law, Sinology / Chinese Studies or another relevant subject. If no degree in Law has been achieved, at least 36 CP in law studies must be proven. Further information

Specialization in Chinese Studies leading to an M.A.
The consecutive double master’s programme specializing in Chinese Studies is suitable for all graduates with a bachelor’s in Sinology as their main or secondary subject. Graduates in Law can likewise gain a Magister Artium / Magistra Artium. Due to the high linguistic requirements, prior knowledge of the Chinese language at the level of HSK 3 is to be proven. Further information

Specialization in Law leading to an LL.M.
The LL.M. can be studied by law students who have passed the 1. Juristische Staatsprüfung (First State Examination in Law) or gained a comparable qualification and who additionally have knowledge of the Chinese language at the entry level of HSK 2-3 (A.2.1. CEFR). In addition to this, graduates in Sinology have the possibility of gaining this qualification if they have achieved at least 66 CP in law studies in their previous degree. Further information

Opportunities for the future
The degree in Chinese Law & Comparative Law prepares students both for a doctorate and for work in a variety of professional fields. Graduates are being sought for:

Göttingen and Nanjing as excellent centres of study
On the Göttingen side, study programme is located at the CeMEAS (Centre for Modern East Asian Studies). of the German-Chinese Institute of Law of the two universities has the aegis.

The German-Chinese Institute of Law is a joint project by the Georg-August University of Göttingen and the University of Nanjing. Its goal is to promote dialogue between the German and Chinese legal culture. This is achieved by means of cooperation in teaching, research and legal practice.
The institute primarily trains students who will, in the future, work in leading positions in the judiciary and administration, the economic sphere or in the legal profession as multipliers of Chinese, German or European legal thinking and who are to contribute towards mediating between the legal cultures. In the area of legal research, projects on German and Chinese law, comparative law and international business law are carried out jointly. The University of Nanjing (南京大学), which was founded in 1902, is one of China’s oldest universities and is considered to be among the country’s best locations for education.

In Göttingen, the students additionally benefit from the newly founded CeMEAS (Centre for Modern East Asian Studies). With the CeMEAS, the Georg-August University of Göttingen has realigned its research in the field of East Asian studies. The CeMEAS works at the interface between cultural and social sciences. 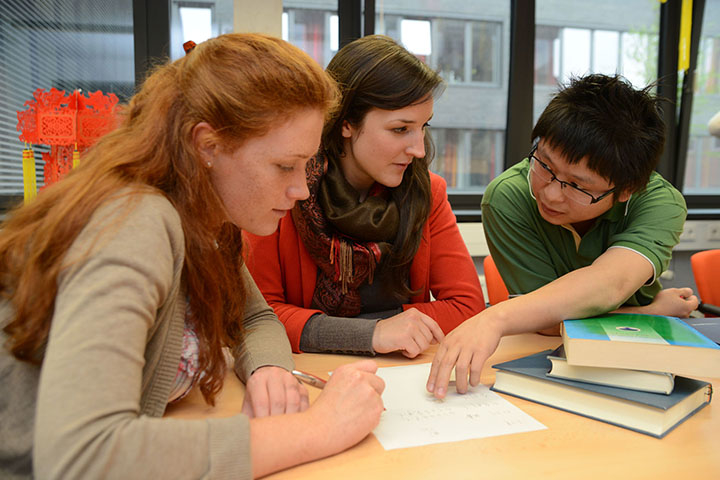