October 2012 to July 2013
Professor of Politology
University of Hyderabad, India

My proposed project aims to address the lack of methodological and interpretative clarity regarding the question of Hindu identity through a comprehensive history of ideas approach to the problem, mapping breaks and continuities across the centuries. Any serious attempt to grapple with the issue of Hindu identity will, then, have to span across disciplines as well and interrogate existing interpretations. Such a study must take sociology, history, anthropology, philology, philosophy, politics and narratives from a dazzling constellation of Indian languages and literatures into consideration and construct a viable history of ideas that addresses, however partially, the conundrum of Hindu identity. This multiplicity of discourses is not merely to see how thinkers over centuries perceived Hindu identity and how this identity transforms itself into the myth of an equally mythical homogenous Hindu nationalism, but also to examine the ways in which ideas work in society. The essential motivation and thrill of this work is not to create an encyclopaedic work on Hindu identity, but to create a miniature, rich in colour, perspective and detail. 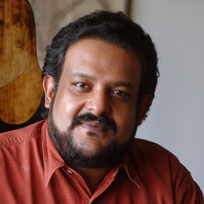