Considered a leader in both reproductive biology and stem cell research, Ann Kiessling earned her doctorate from Oregon State University in biochemistry and biophysics in 1971. Now, she is founder, director and researcher at the Bedford Stem Cell Research Foundation in Bedford, Mass.
Kiessling's interest in reproductive biology led to the creation of the first laboratory for in vitro human fertilization in Oregon in the early 1980s. Soon after, Kiessling was recruited by Harvard Medical School, where she conducted research on the fields of obstetrics, gynecology and reproductive biology, while also working in the Department of Surgery until 2011. Kiessling's book, Human Embryonic Stem Cells: An Introduction to the Science and Therapeutic Potential, was published in 2003 and is the first textbook on the subject. It was re-released in 2006.
The Bedford Stem Cell Research Foundation was founded in 1996 to conduct biomedical research that could not be done in other research institutions in Massachusetts. In 2000, the foundation expanded to include stem cell research. It is Massachusetts' only independent, non-federally funded, nonprofit research institution. The Bedford Stem Cell Research Foundation also includes the Special Program of Assisted Reproduction (SPAR), which uses Assisted Reproduction Technology (ART) to help couples with incurable sexually transmitted diseases such as HIV and hepatitis C conceive without threat of the disease being transmitted to their offspring. This has led to the healthy births of 121 children free of those diseases to date.
Kiessling was raised in Baker City, Ore., and graduated from Klamath Falls High School in 1960. She earned her first bachelor's degree in nursing from the University of Virginia, followed by a second bachelor's degree in chemistry and a master's degree in organic chemistry from Central Washington University. She came back to Oregon to earn her doctorate from Oregon State University, and she has done postdoctoral work at Fred Hutchinson Cancer Research Center, Memorial Sloan-Kettering Center and the University of California, San Diego.

Some countries have made progress in balancing participation by women in the sciences - from acceptance into programs of higher education to greater flexibility in family building needs for those women choosing to have children. And women have responded by completing programs of higher education in ever increasing numbers in those countries, and excelling in their chosen careers in academia or business, independent of whether or not they have children. But even in societies that fully appreciate women scientists, scientific advances are hampered by public policies with respect to education, financing research and areas of scientific emphasis. Scientists in general, and women scientists in particular, rarely find time to become engaged in the important public policy decisions that their very work depends upon. This needs to change all over the world. In addition to being excellent scientists and devoted family members, women must also be effective political activists, a role for which we have not been trained. Such training needs to be introduced into programs of higher education in every country -- how scientific policy decisions are made and how they implemented needs to be shaped by scientists themselves. Women scientists approach problems pragmatically, rather than competitively, with the goal of a successful solution. But tackling large public policy issues needs team building skills that women do not commonly employ. We need to learn these. We especially need to learn to build teams of politically active scientists who can effect changes in those countries who deny women access to even basic education. There are undoubtedly some brilliant young women scientists in those countries, even though they do not now know how to read. We have much to do. 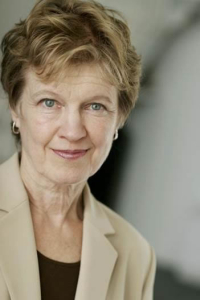