At its inception in 1737 although the Faculty of Theology was, as was usual at that time, the first in the series of faculties at the university, it was not given the traditional actual primacy or control function over the doctrine of the other faculties. In the church historian and „practical theologian“ Johann Lorenz von Mosheim, who also served as Chancellor of the University, the faculty provided a formative figure of the university´s founding years.

In the 18th and 19th centuries, the faculty was characterised by its pragmatic and historical approach to subjects in accordance with the nature of the university as a whole. A prominent figure in the second half of the 19th century was Albrecht Ritschl. His work ethic and mild Lutheranism were typical of the faculty and the Hanoverian clergy, and they remain so to the present day.

The present structure of the faculty is based on five disciplines, which has been the case since 1878. However, the discipline Old Testament and with it one of Göttingen´s most famous Old Testament scholars and orientalist, Julius Wellhausen belonged for many years to Humanities and not to Theology. In the late 19th and 20th centuries ground-breaking impulses for theological scholarship emerged from the faculty in Göttingen. In this way, for instance, the term Religious Studies was coined in its sphere. For a time the profile of the faculty was decisively determined by the History of Religions School (Johannes Weiss, Hermann Gunkel, Wilhelm Bousset, Ernst Troeltsch, William Wrede, Wilhelm Heitmüller).

Dialectical theology has been influenced by diverse representatives in Göttingen such as Karl Barth in the 1920s and Friedrich Gogarten since the 1930s. Also teaching in the faculty at this time was Emanuel Hirsch, another leading figure with his own theological profile.

During the time of the “Third Reich”, the faculty essentially behaved in accordance with the ideology of National Socialism. In addition to that, the high standards of the appointment policies that applied in the Weimar period and also later could not be maintained in this period due to mechanisms of self-nazification. The present faculty has initiated a soon to be published study, in which nuanced assessments can be expected with regard to those individual representatives of the faculty who had sought a certain proximity to the Confessing Church.*

After the war, a number of appointments (Gerhard von Rad, Walther Zimmerli, Günther Bornkamm, Ernst Käsemann, Hans Conzelmann) succeeded in heralding in a new golden age. Ernst Wolf and Wolfgang Trillhaas, the dominant theologians in the 1950s and 1960s, brought the faculty a lively discussion on Barthianism and liberal heritage. Alongside New Testament exegesis in the wake of Rudolf Bultmann stood names such as Joachim Jeremias for his research on rabbinic and Talmudic Judaism and its significance for the New Testament, and Walter Bauer for his fundamental lexicographic research and his work on the Hellenistic background of the New Testament.

To this day the Faculty of Theology in Gottingen handles theological and religious studies themes of the present and the past in broad interdisciplinary openness in the wake of its Enlightenment legacy. In addition to the traditionally strong disciplines of Biblical Studies and Church History, a new focus has formed in the interaction of Dogmatics and Practical Theology during the last years: the study of modern Protestantism.

* A book by the historian Dr. Hansjörg Buss is currently being prepared for publication. 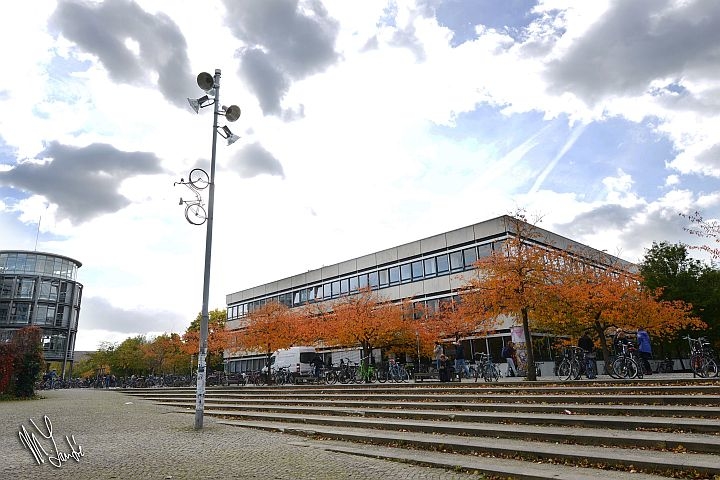