The goal of this project is to better understand the local policy making process at the level of Indonesian districts and its effects on land use change and deforestation. For this, we construct a countrywide database of time variant and spatialized environmental and land use policies and link these to deforestation dynamics, local elections as well as local economic and firm dynamics, using econometric techniques. We also contribute to the scaling-up of the findings for Jambi province for Indonesia as a whole and measuring the potential ecological costs and economic benefits of palm oil conversion.

In Indonesia, the rapid expansion of palm oil production has been accompanied by continuously rising deforestation rates. Since the democratic transition and the decentralization process in the early 2000s, the interplay between economic and political incentives has been a major driver of land use decisions at the local level.

This subproject aims at understanding these forces at the country-wide level by combining remotely sensed data on forest loss and forest fires with spatially localized policy indicators as well as measures for economic dynamics. Thereby, we aim to corroborate the insights made on economic and environmental dynamics within the lowland tropical forest biome in Jambi to the national scale. More specifically, we focus on the local policy making process at the level of Indonesian administrative units (districts) and investigate the effects of political incentives on the interactions between local politicians and other economic stakeholders. For this, we construct a country-wide database of time variant and spatialized environmental and land use policies, including protected areas, various agricultural subsidies, concessions for producing palm oil, but also for timber extraction and further agricultural land use and link variation in localized policies to economic and political incentives. We will also use newly available data on daily forest fires to investigate the spatial and temporal dynamics of land conversion at high temporal and spatial frequency. Second, we contribute to scaling-up of the findings for Jambi province for Indonesia as a whole by linking time variation in political and economic incentives to forest (de-)fragmentation and measure their potential ecological costs. Third, we collect data on local land use and zoning plans that are established by district legislations and contrast them with actual (satellite and survey based) measures of land use dynamics in order to understand which conditions are more conducive to unplanned and potentially illegal land conversion. Finally, we gather balance sheet information from firm census data for palm oil mills but also other companies in the downstream food processing sector and connect our newly gathered policy information to measures of the local economic dynamics in order to understand the effects of environmental policies on the local economy. For all analyses, we focus on spatio-temporal variation within Indonesia as a whole and rely on panel data estimation techniques. In order to draw causal conclusions, we combine exogenous bio-physical indicators with idiosyncratic election timing at the level of Indonesian districts and global market shocks. 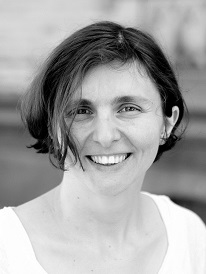