Forest loss due to agricultural expansion is the largest contributor to GHG emissions after coal and fuel consumption (12% - 30% of total emissions). Annual deforestation rates in Indonesia have been continuously increasing during the 2000s. Migration and agricultural extensification has brought significant improvements to local livelihoods at the expanse of forest and biodiversity losses. The process is accompanied by Indonesia's political reforms of democratization and decentralization of environmental management. This research focuses on political incentives of local administrations to foster forest conversion. We assemble a district and village level panel data set across Indonesia, accounting for remotely sensed forest loss, forest degradation and fires. The data is linked to election cycles and fluctuations of global world market prices. We expect an increase in deforestation permits before elections in order to satisfy the interests of small land holders and agricultural companies who favor expansion. These effects are expected to be more pronounced where re-election incentives exist, where agricultural dependencies are high, and crop prices are increasing. 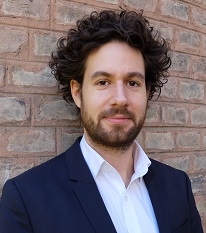