The Diplomatic Apparatus of the Georg-August-Universität

The Diplomatic Apparatus (Apparatus diplomaticus) is a research institution that forms part of the Faculty of Humanities. It houses a unique collection of more than a thousand written documents in various – predominantly old and non-European – languages (such as Latin, Middle German, Ancient Greek, Hebrew, Arabic, Persian, Turkish, Tamil, Sinhalese). The pieces in the collection date from Late Antiquity, the Middle Ages and the Early Modern period.
The collection’s origins date back to the very foundation period of Göttingen University and the so-called "Diplomatisches Cabinet" (Diplomatic Cabinet), a collection that since 1759 was used for instruction in Diplomatics - the science of studying charters. Apart from charters, the collection also comprised manuscripts, seals, and copperplate engravings.
The Diplomatic Apparatus in its current form was established in 1802 and its core is still formed by the collection of papal, imperial, royal as well as ecclesiastic, dynastic, municipal and private charters. 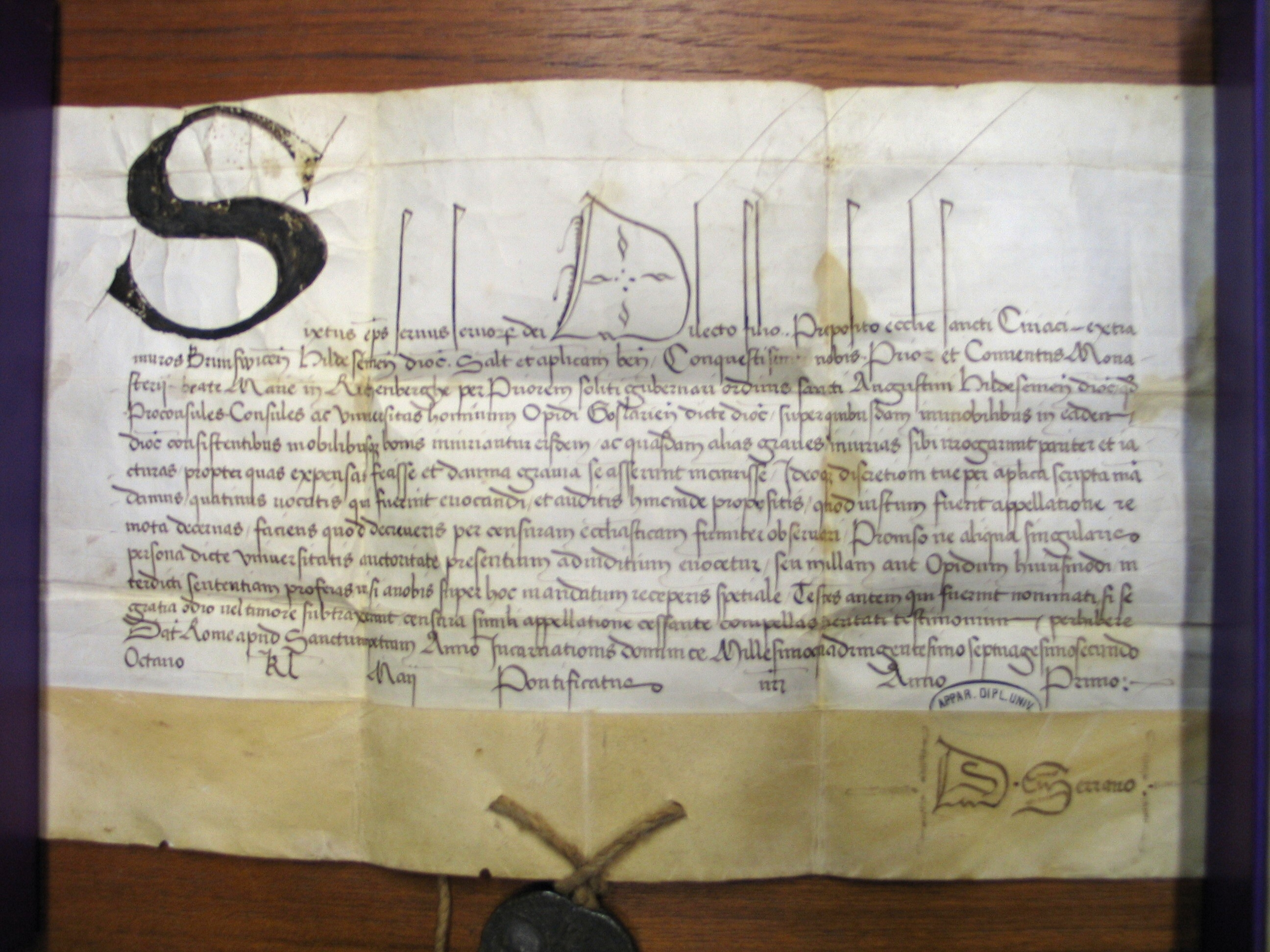