4. Timescales of metamorphic processes – Diffusion in minerals and melts

6. Glass in the past – Archeometry

Our research approach is based on a set of analytical and numerical tools that complement each other and offer various links for interdisciplinary collaborations with colleagues and research groups from GZG and other national/international Universities and industry partners.


Granulite facies metamorphism – Crustal melting and mineral textures
Granulite facies rocks provide important information about the thermal and chemical evolution of the middle–lower continental crust. They are variable in their P–T conditions and chemical composition and can be found in a variety of orogenic belts that have formed at different times in Earth’s history. The typical granulite mineral assemblage consists mainly of dry phases such as garnet or pyroxene, hydrous phases such as mica or amphibole are less common or completely absent. This means that granulite facies rocks have a relatively low H2O content and although some granulites may have formed through metamorphism of dry precursor rocks, the typical protoliths were originally water-saturated (e.g. pelites). The absence of an aqueous fluid/melt phase may also result in the preservation of local disequilibria observable through mineral reaction textures including coronae and symplectites. The complex processes of crustal melting and how this low H2O contents can be achieved during metamorphism are still controversially discussed. To better understand what happens during crustal melting, information from partially melted rocks with preserved natural melts are of great importance. They provide not only an evidence that a rock has melted but can also be used to quantitatively constrain the melt composition regarding major- and trace-elements as well as volatiles. The reconstruction of the pressure–temperature–composition–time (P–T–X–t) history of granulites using several state-of-the-art analytical and petrological techniques can give explicit implications for the geodynamic and tectonic evolution during orogenies and the processes of mineral growth and crustal melting during high-grade metamorphism. 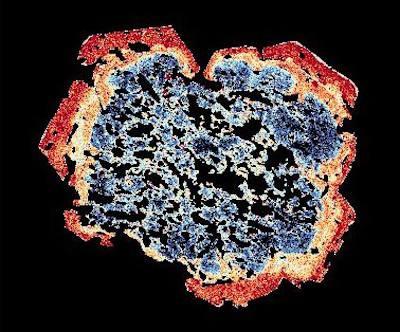