It has been a standard assumption in linguistic theory, based on Frege’s principle of compositionality (cf. Frege 1884, 1892), that the meaning of a sentence is composed on the basis of the meaning of its parts and the way these parts are structured. However, it is not really clear that there exists a transparent, bi-directional mapping between (morphosyntactic) form and (semantic/pragmatic) meaning. Many phenomena challenge the existence of such a mapping. Such challenges either exist in the form of morphosyntactic elements that do not seem to provide a semantic/pragmatic contribution, or in the form of meaning parts that lack a morphosyntactic realization. Hence, either the mapping between form and meaning (in its broadest sense) in natural language is less transparent than one might think, or morphosyntactic and/or semantic/pragmatic structures may be richer than they appear. This RTG seeks to investigate and understand what this mapping exactly amounts to.

To this end, the RTG will examine a wide range of case studies involving potential challenges for this mapping. The case studies cover a wide range of languages, and the specific questions of the projects cover all core areas of linguistics: grammatical theory (morphology, syntax, semantics, pragmatics), linguistic variation including sign languages, language change, language processing and language acquisition.

PhD Projects in the first cohort


• From discourse to syntax


• Form-meaning mismatches in number and gender


• Particles with question and disjunction uses 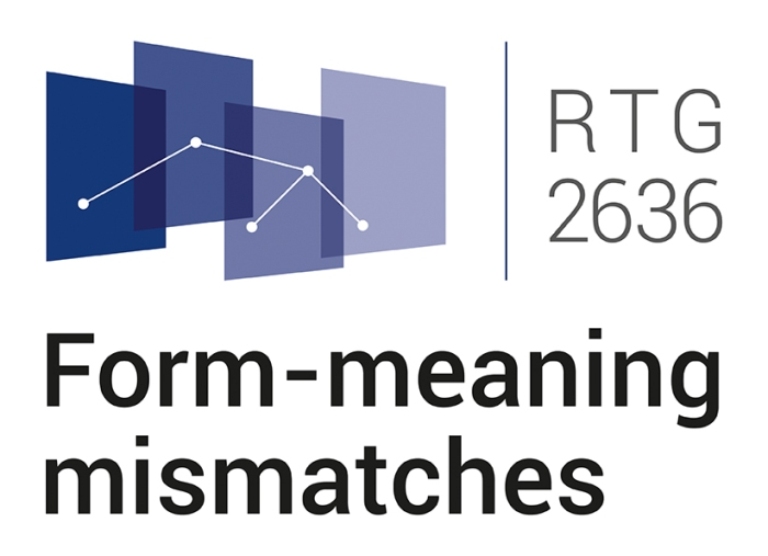