Our Large Carnivore Project focuses on the study of Europe’s largest felid, the Eurasian lynx (Lynx lynx). After being extinct for approximately 200 years, Eurasian lynx are currently being reintroduced in several central European countries. A particularly successful reintroduction project was carried out in the Harz Mountains, central Germany, between 2000 and 2006, when 24 captive-bred lynx had been released into the wild. This project managed to establish a local population of lynx that has now recolonized the entire approximately 2200 km² range of the Harz Mountains. Moreover, since 2010, small population propagules, founded by dispersers from the Harz Mountains, emerged south and west of the source population.
We study the occurrence and dispersal of lynx south of the Harz Mountains in the German federal states of Hesse and Thuringia. Even though the Harz population is slowly expanding its range, the natural dispersal of lynx is currently occurring at a very slow pace. Consequently, a connection of the Harz population with other (isolated) central European lynx populations is not yet in sight. Connections between these populations are urgently needed to prevent the loss of genetic diversity in reintroduced central European lynx populations.
Beside the study of lynx, we use camera traps to study the distribution and abundance of European wildcats (Felis silvestris silvestris) in central Germany, and to study possible effects of wind turbines on a central German wildcat population. We also test camera trapping as a means to estimate the abundance of roe deer (Capreolus capreolus). Lastly, we support the German federal state of Hesse with the monitoring of wolves (Canis lupus). 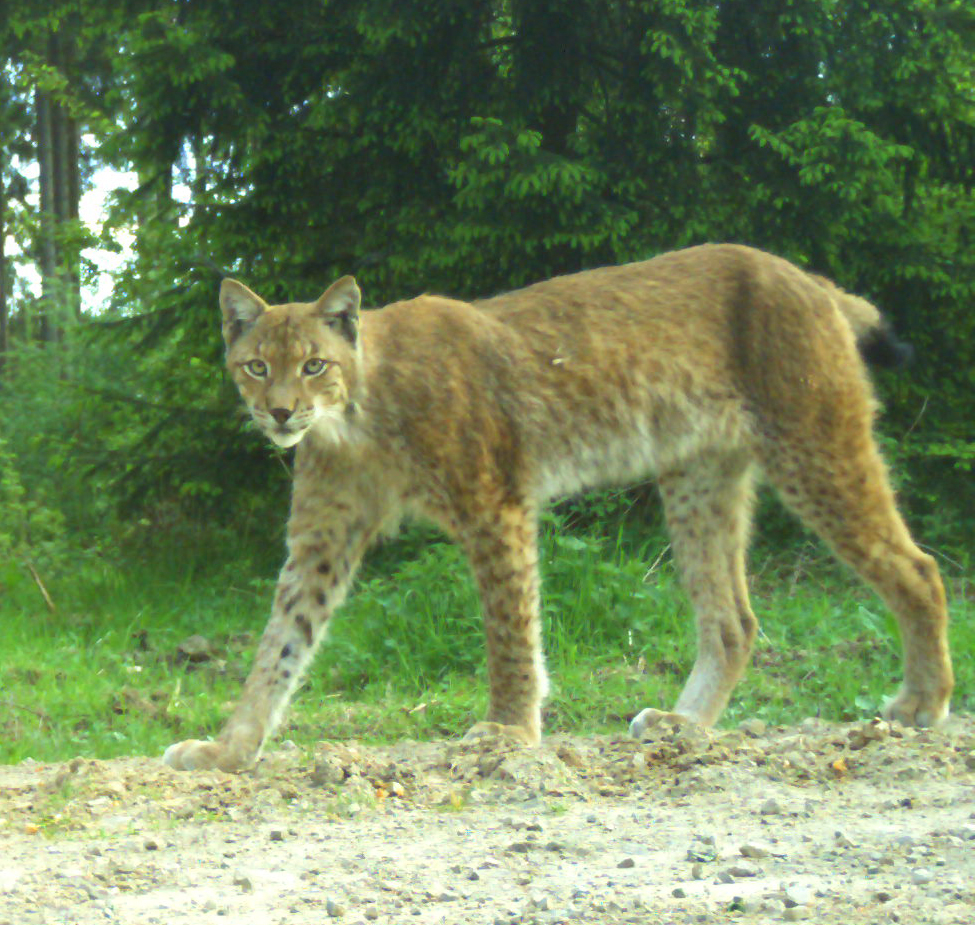