The Division`s cooperation with business and practice is not limited to research but also encompasses the field of teaching. In particular this involves a lectureship held by the prominent tax expert Prof. Dr. Jens Blumenberg.

By means of this lectureship, the Division ensures that business taxation issues of essential practical relevance are covered in regular lectures.

Jens Blumenberg (born in 1962) studied business administration at Hamburg University from 1984 through 1989 (graduating as Diplomkaufmann) and earned his doctorate’s degree (Dr. rer. pol.) in 1995 with a thesis on “The Taxation of Thin Capitalization in the USA” at the Institute for International and Foreign Finance and Taxation at Hamburg University (grade “very good”). From 1989 until early 1991 Jens Blumenberg worked with Price Waterhouse in New York/USA in the International Tax Service Group, from early 1991 through the beginning of 1992 he was research associate for the so-called Ruding Committee advising the European Commission on the future of direct taxation. Since 1992 Jens Blumenberg has been working at Linklaters LLP (respectively its German parent co-partnership). His main areas of practice are international and European tax law and the advice of mainly multinational companies on mergers & acquisitions, tax planning, tax oriented reorganisations, transfer pricing, tax treaties and EC tax law. Jens Blumenberg is Partner of Linklaters LLP in Frankfurt/Main and manages the German Commercial Division of the co-partnership. Furthermore, he is member of the board of the German International Fiscal Association – Section Bavaria (Bayerische IFA), member of the tax committee of the Schmalenbach Society for Business Economics (Schmalenbach-Gesellschaft für Betriebswirtschaft e.V.), member of the Tax Committee of the American Chamber of Commerce in Germany and he is also member of the board of trustees of Ottmar Bühler Sponsorship Award (Ottmar Bühler-Förderpreis) at the Ludwig-Maximilians-University of Munich. Jens Blumenberg was acting as assistant lecturer at the Division since summer term 2005; in February 2010 he got the commission to an Honorary professor.

Prof. Dr. Blumenberg offers the lectures "Besteuerung von Unternehmen unter dem Einfluss des Europarechts" (‘Taxation of Companies under the Influence of EU Tax Law’) and "Mergers & Acquisitions, Finanzierung und Besteuerung" (‘Mergers & Acquisitions, Financing and Taxation’), each in a three-semester cycle. Furthermore, he moderates the discussions in the course of our lecture series „Ringveranstaltung" held on a regular basis. 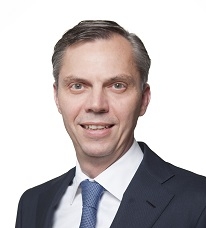