Current and finished research projects since 2008

Multiscale functional-structural plant modelling at the example of apple trees
Funding institutions: DFG and ANR
Summary:
Process-based crop models allow the prediction of the growth of plant compartments under homogeneous conditions and agricultural practices. They are less adapted to applictions where single plant organs are in the focus. Functional structural plant models (FSPMs) were designed to overcome this limitation by representing 3-dimensional plant structure and physiological functioning with their mutual dependencies. However, when they include several processes and represent the plant at organ level, calculation times for FSPMs can become prohibitive, particularly for large plants. A further problem is caused by complexity: The necessary steps of parameter estimation and sensitivity analysis are nontrivial, due to the large number of parameters and the often non-linear dependencies between the modelled processes. We will address these problems in a project of four teams, representing expertise in botany, horticultural crop modelling, mathematics and computer science. Our project will be devoted to two research foci: F1 ? "Model development, calibration, analysis, and corresponding software tools", and F2 ? "Case study: Modelling apple tree growth at organ, branch and whole-tree scale". In F1, we will build mathematical and algorithmic tools for bridging the gap between spatial and temporal scales (spatial: here organ ? branch axis ? individual tree ? orchard; temporal: hour to year). Methods for upscaling, downscaling and maintenance of simultaneous plant representations (incl. processes) at several scale levels will be developed using the open-source simulation software GroIMP. Furthermore, a toolbox for parameter fitting, sensitivity analysis and validation for such multiscale models will be developed and implemented.

A further gap, closely related to that between scales, is that between mechanistic and empirically-based models. We will bridge this gap in the case study in F2, coming from both sides: An existing empirical, L-system-based model of apple tree growth will be fitted to different genotypes and environmental conditions. In parallel, a biophysically-based water flux and carbon transport model will be developed at the organ and branch scale, utilizing an existing tool in GroIMP for an easy specification and stable solution of differential equations on networks. This model will allow assessments of fruit quality under different water scenarios. In the end, both lines of work will be merged in an integrated, multiscale apple tree growth model with a hydraulic and a C transport component. It will be built, analyzed and validated using the tools from F1. At the same time, the continuous confrontation of the researchers in F1 with modellers' demands from F2 will guide the development of methods and tools and their integration in FSPM platforms.

Component-based, multi-scaled functional-structural plant modelling in the language XL
(researcher: Dr. Katarína Smoleňová, Dipl.-Inf. Michael Henke)
Grant: DFG
Summary:
The most frequently used approach for functional-structural plant models (FSPMs) is based on Lindenmayer systems (L-systems). The programming language XL (eXtended L-system language) combines L-systems (or, more generally, graph grammars) with the power of the general-purpose, object-oriented language Java and gives thus support to the combination of process-based and rule-based submodels. However, when applied to complex tasks encompassing several scales, models specified in XL still tend to grow in an intransparent manner. Methods and tools which are commonly used in software engineering (e.g., component-based programming, version control, graphical software visualization) are not yet supported. As a further step towards a more transparent and flexible modelling process in the field of FSPM, we want to enhance the language XL and the open-source development platform GroIMP by tools supporting the creation of independent components, fostering also the interchangeability and comparison of submodels (e.g., for photosynthesis, structure formation, genetic processes, etc.). Interactive graph-based visualisation tools will make this approach also accessible to non-informaticians. As a proof of concept, the component-based approach will be tested in international cooperation at reimplementations of the well-established, complex FSPMs LIGNUM (METLA, Finland) and GreenLab (INRIA / Ecole Centrale de Paris, France).


An extension of the language XL for the specification and solution of ordinary differential equations on dynamic networks
(researcher: Dipl.-Inf. Reinhard Hemmerling)
Grant: DFG
Summary:


Extension of the rule-based programming language XL by concepts for multi-scaled graphical modeling and level-of-detail visualization, and implementation as part of the open-source project GroIMP
(researcher: M.Sc. Yongzhi Ong)
Grant: DAAD
Summary:
The programming language XL combines the object-oriented approach of the universal programming language Java with a possibility to specify parallel graph transformation rules in a way which generalizes the well- known grammar formalism of L-systems.

The main field of application for XL is the implementation of realistic and dynamic 3-dimensional models of growing plants, taking their interactions with the environment into account. Applications in architecture and design have also been explored.

To accelerate the rendering of complex scenes like vegetation-covered landscapes or detailed models of urban scenes, the application of level-of-detail methods (LOD) is a common approach in computer graphics. This requires a multi-scaled representation of the virtual scene to be rendered. Such multi-scaled models are also needed in the case of plants, where different spatial and functional levels (genome, cell, tissue, organ, branch, individual plant, and stand) have to be distinguished.

The aim of this PhD project is to design (as extensions of the language XL) concepts, algorithms and methods for the creation, maintenance, consistency check, transformation, rendering and analysis of multi-scaled structures.

The multi-scaled structures will be implemented as part of the existing open-source software GroIMP, which provides an XL compiler and an integrated 3-D modeler. Level-of-detail methods for rendering the multi-scaled models shall be established and implemented. Prototypical applications in the fields of vegetation modeling and architecture shall be designed and evaluated. 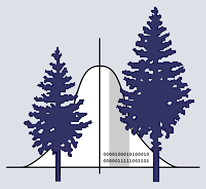