Hermann Behling is Professor of Botany at University of Göttingen and head of the Department of Palynology and Climate Dynamics since October 2005. He graduated in Biology (Diplom) and continued in the subject to also achieve his PhD in Biology at the University of Göttingen.
During this PhD work at the Federal University of Rio de Janeiro in Brazil he was funded by the DAAD with a PhD scholarship for two years. He also had scholarships while he gathered Postdoc experience at the Smithsonian Tropical Research Institute (STRI) in Panama (2 years), the University of Amsterdam, The Netherlands (3 years) and the Centre for Marine Tropical Ecology (ZMT) at the Department of Geosciences at the University of Bremen, where he had a DFG-Habilitation Scholarship (2 years) and worked on late Quaternary neotropical ecosystems.
Hermann Behling's major research interests are terrestrial and marine Palynology, Palaeoecology, Biodiversity Dynamics, Palaeoclimatology, Fire History and Human Settlement History. His research focuses on late Quaternary Palaeoenvironmental studies in tropical and subtropical South America, Asia and Africa, land-ocean interactions, Palaeoecology in different ecosystems such as rainforests, savannas, mangroves and mountain vegetation.
He is member of the editorial boards of Palaeogeography, Palaeoclimatology, Palaeoecology and Review of Palaeobotany and Palynology. 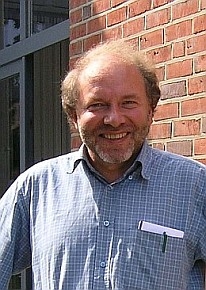