Distributional Effects of Agricultural Biotechnology in a Village Economy: The Case of Cotton in India 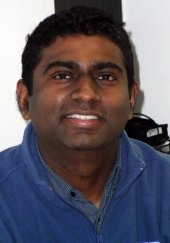