Development of the EDV - Equipment

The first computer facility of the Institute for numerical and applied mathematics was a PDP-15 from the firm Digital Equipment Corporation (DEC), USA. A computer of this magnitude had cost in 1972 about 500,000,-DM. The installation of these large machines took place in a specially made machine room on the ground floor of the institute. 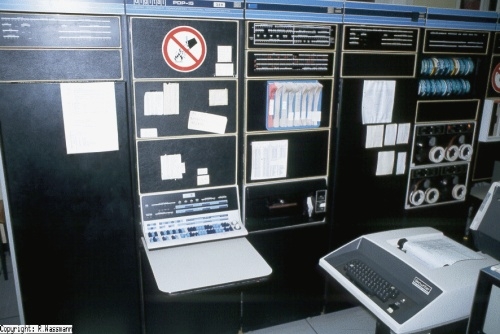 Construction of this magnitude requires therefore a few ventilators (2 per tower for each 30cm in diameter!) additionally an air-conditioning system for cooling. Cooled air from underneath will be blown over a floor, and into the computer towers. The warmed air is then vacuumed up and then blown though the computer ventilators to a level with openings where the air-conditioning vacuums, cools, and repeats in order to supply the computer with ventilation.

The PDP-15 consists of six large towers, the following individual components contain: (from left to the right).

The picure underneath shows an image of the machine room with computer PDP-15 (left, 6 black towers) in the year 1973. The teletypeconsole (left on the table) and the large chain printer (behind in the middle) is sticked with an endless supply of paper.

The walls are equipped with a sound absorbing layer, so that the mechanical teletype, chain printer, punch card reader, the tape reader, the ventilators in the computer towers and the air conditioning produce a high sound-level. 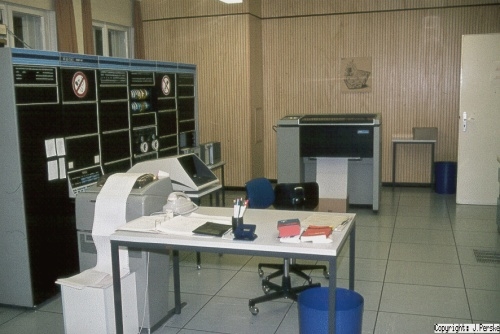 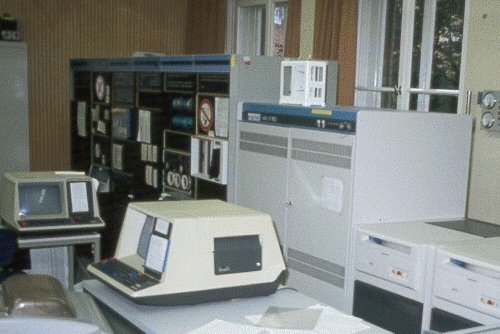 In the year 1980 the first computer work places were purchased. 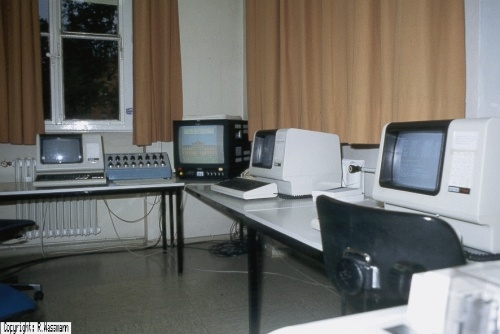 Finally in 1997 the Computer had been greatly modernized. The picture below shows the former machine room that has been used to its full extent for computer work places since the year 1987. 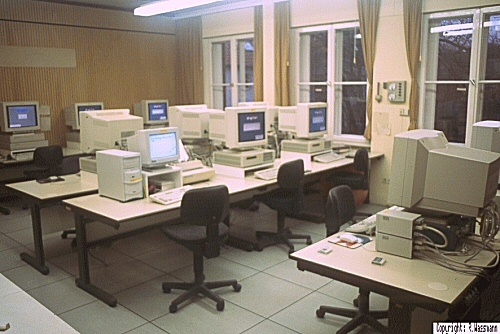