Short history of the Institute

The institute of theoretical physics in Göttingen can look back on important contributions to the development of modern natural sciences. This has been the case especially between 1925 and 1927, when Max Born and his younger assistants Werner Heisenberg and Pascal Jordan established considerable parts of quantum mechanics. Heisenberg’s uncertainty relation and Born’s probability interpretation of the field of matter waves have changed our understanding of nature in a radical way: they contain the inadequacy of our everyday vocabulary to describe processes in the microcosmos of atoms and elementary particles. Quantum mechanics is, however, in no way only an unworldly theory for natural philosophers without any impact on practical concerns of our lives. On the contrary, it builds for example the foundation of the understanding of electrical and magnetic processes in condensed matter, on which our whole information technology is based. Also, modern chemistry and biology are almost inconceivable without quantum mechanics. For their research in Göttingen, Max Born (1954) and Werner Heisenberg (1932) were rewarded with the Nobel Prize. 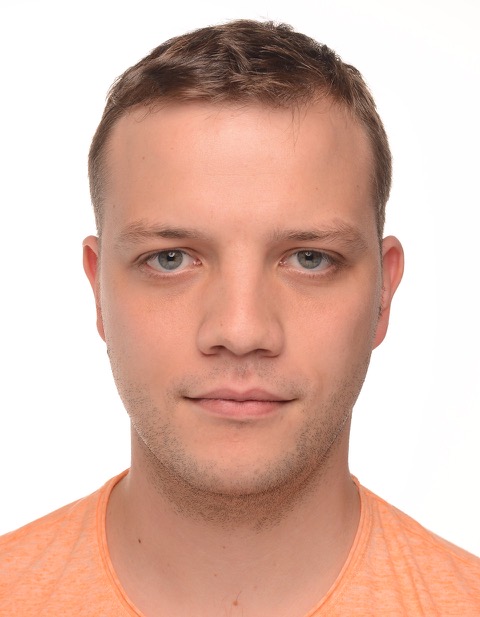 For his thesis: "Predictions to all orders in perturbative Quantum Chromodynamics for high energy collider experiments"

The German Physical Society (DPG) has given its highest award for theoretical physics to Annette Zippelius. The society showed hereby its appreciation for her fundamental contributions, which had had long-term impact on the statistical physics of condensed matter both conceptionally and methodically. Highly considered were, in particular, her works on the melting transitions of thin films, the statistical theory of neural networks and the dynamics of granular gases. 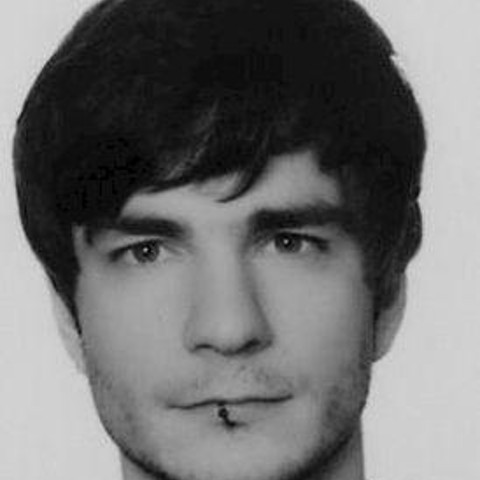 For his thesis: "Topological and non-equilibrium superconductivity in low-dimensional strongly correlated quantum systems" 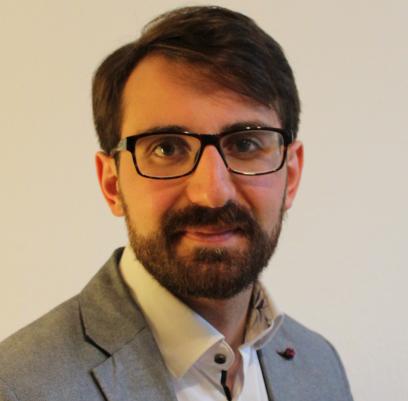 For his thesis: "Rheology and Structure Formation in Complex Polymer Melts" 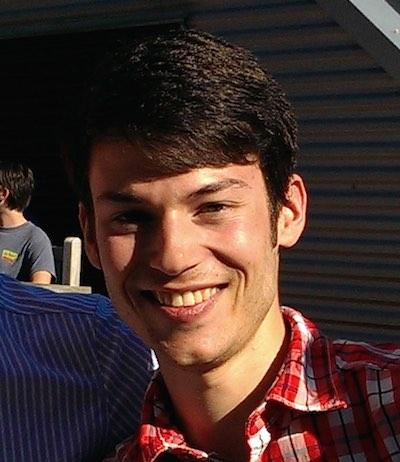 For his thesis: "Dynamics of isolated quantum many-body systems far from equilibrium"

Wilhelm-Ostwald Medal of the Saxon Academy of Sciences in Leipzig to Prof. Dr. Annette Zippelius 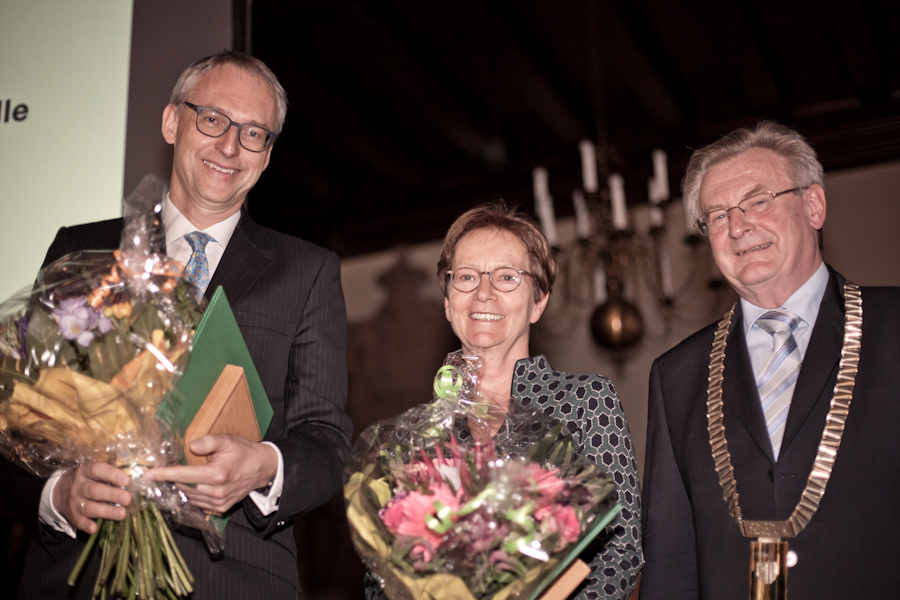 The Wilhelm-Ostwald Medal is awarded in recognition of special scientific achievements primarily in the field of natural sciences and engineering.

Since 2008, the WE-Heraeus Senior Professorship has been awarded to experienced scientists in the field of physics. The Senior Professorship was exclusively focused on improving the situation of student teachers until 2012. In the meantime, the foundation generalized its regulation to an “innovative contribution to the physics education”, I.e., without restricting it to the training of teachers, even though the latter will remain the focus of the funding. 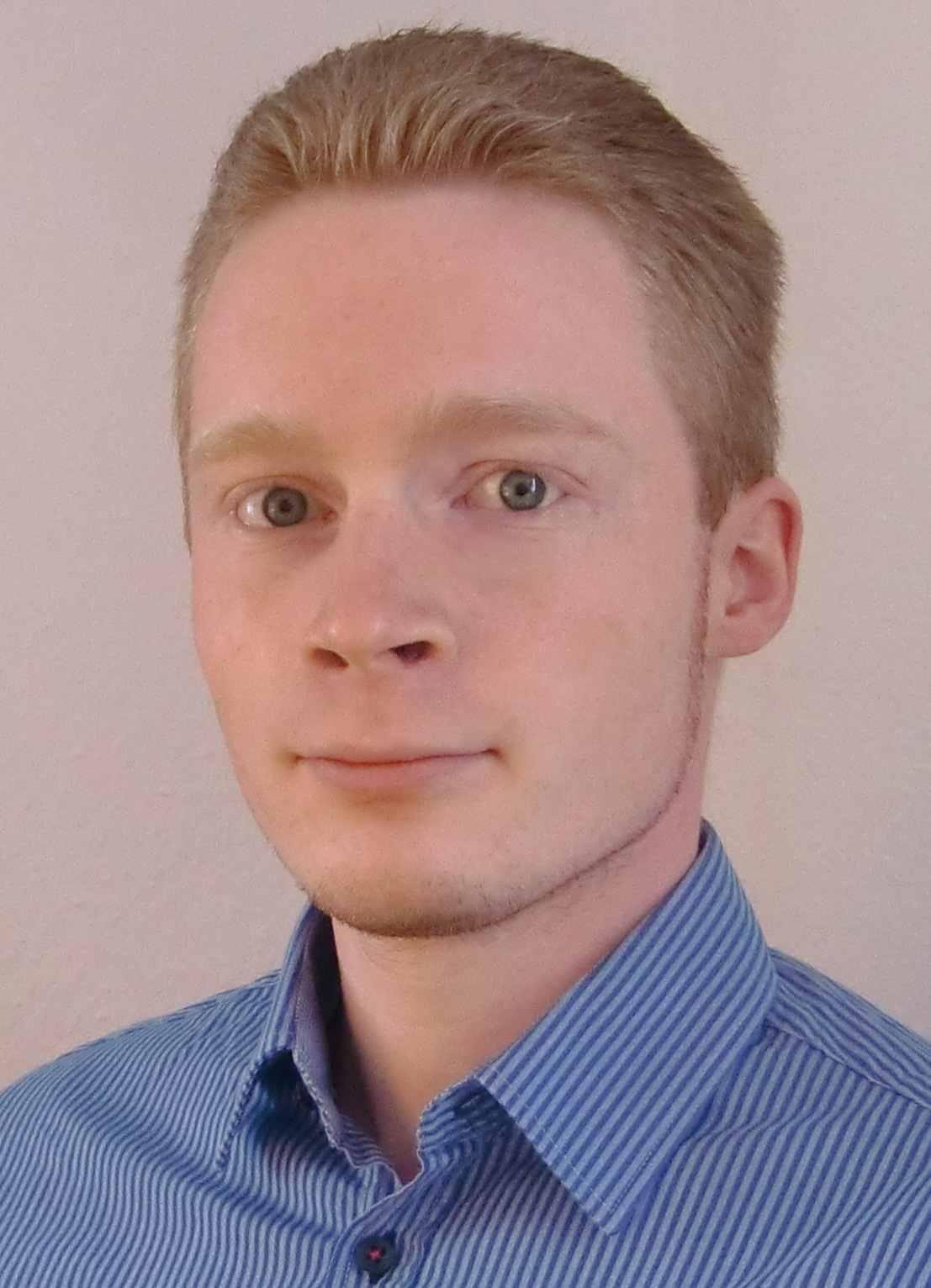 For his thesis: “Unconventional Phases in Two-Dimensional Hubbard and Kondo-Lattice Models by Variational Cluster Approaches"

For his thesis: "Aggregation and Gelation in Random Networks"

Yesterday, the Göttingen Physicist Prof. Annette Zippelius was granted the Cross of Merit on Ribon from the Lower Saxony Order of Merit.
The Lower Saxony minister of economy honoured her excellent scientific achievements in a discipline, in which only a few female scientists are working to this day. Zippelius has been since 1998 a professor for theoretical physics at the Georg August University of Göttingen. She is a member of the executive board of the German Society of Physicists and a member of the scientific committee.

With the friendly agreement:
Göttingen Tagesblatt (Göttingen daily Newspaper) at the 22nd of April 2006 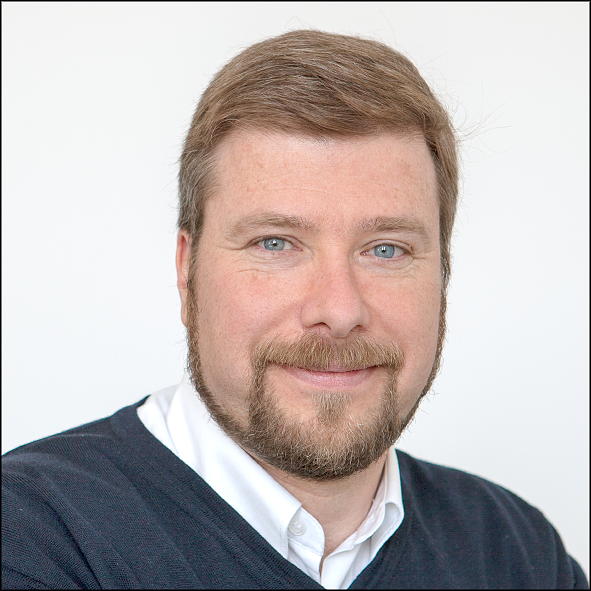 "For the development of powerful analytic and computational methods, and their application to the structure and dynamics of polymers."

For his thesis: "Critical dynamics of gelling polymer solutions"

For his thesis: “Local Algebras and Operator products on a point” (translated from German)

With the help of other scientists, the construction of an exact network-model, that has the functioning proprieties of an associative memory. The other questions she worked on in the field of neural models discuss the mechanisms of the synaptic transmission as a basis of self-organizations and learn processes. 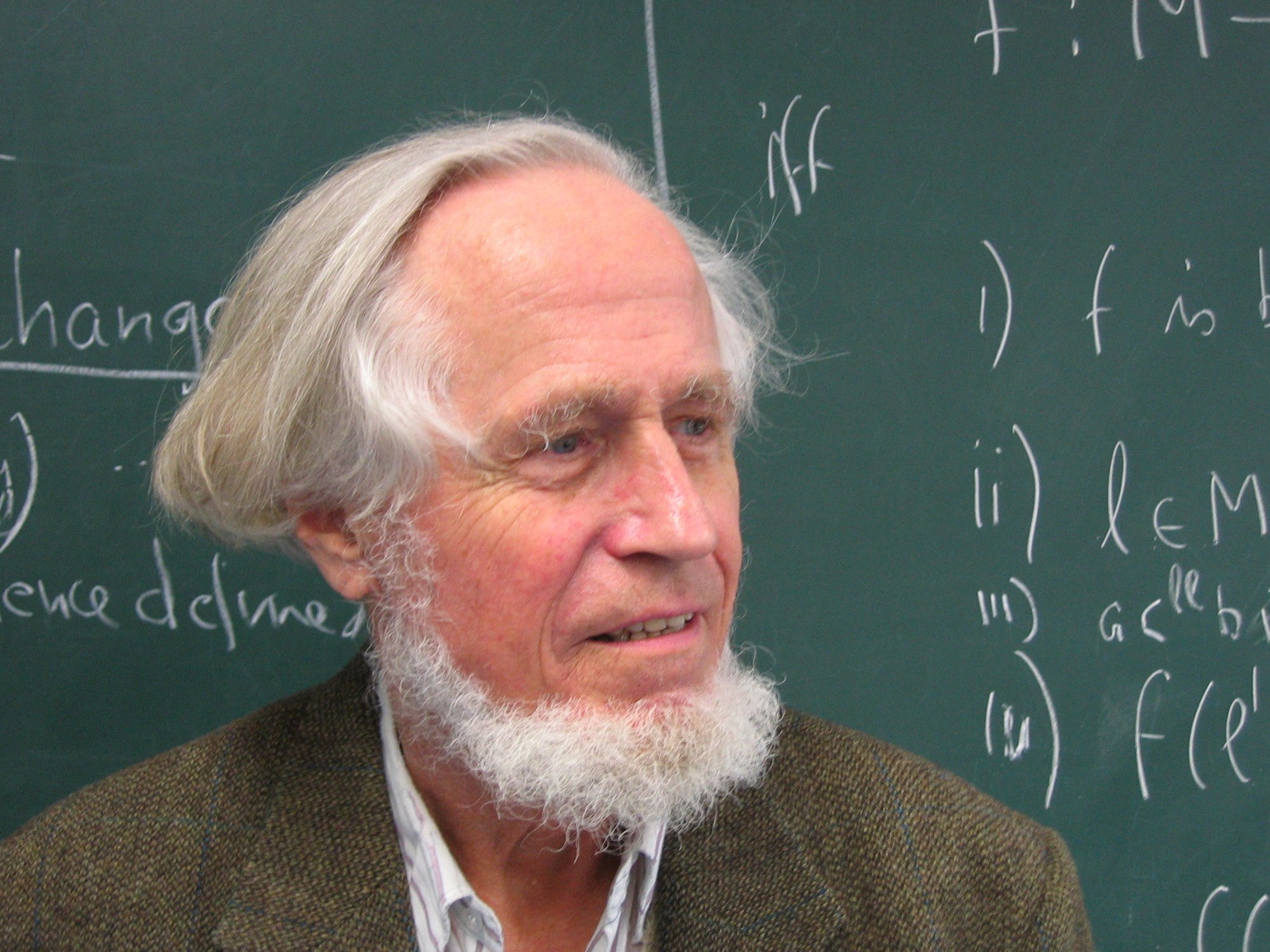 The Max-Planck Medal is the highest award of the German Physical Society for outstanding Works in the field of theoretical physics. It is namely awarded to the contributions, that go along with Max Planck's works.
Back to top of page

Physics in Göttingen starts around the foundation of the University in the middle of the 18th century and got known through People like Abraham Gotthelf Kästner, Tobias Mayer, Johann Ch. P. Erxleben and especially Georg Christoph Lichtenberg. The student, assistant and later colleague of Carl Friedrich Gauß und Wilhem Weber stood out not only as a physicist but also as a liberal thinking citizen. Already during his lifetime, approximately since 1849, the two physics professorial chairs (Weber, Listing) have been divided in a way that one is experimental and the other is theoretical (mathematical). The “mathematical physics” department of the Institute of physics got managed by famous physicists like Woldemar Voigt (1850-1919, from 1883 in Göttingen), Peter Debye (1884-1966, in Göttingen 1914-1920) and Max Born (1882-1970, in Göttingen 1921-1933). In 1922, during Max Born’s time, the department was renamed to “Institut für Theoretische Physik” (Institute for theoretical physics).
Thanks to Max Born (he introduced the term of Quantum Mechanics in 1924) and his assistants Werner Heisenberg and Pascual Jordan, the theoretical physics in Göttingen reached a peak in the 20th century. This has only been possible through their essential contributions to the development and the completion of quantum mechanics (1925-1927). After Planck’s introduction of the energy quanta and Einstein’s idea of the quantum nature of light, the old atom mechanics had explained the atom spectra with the help of Bohr’s intuitive atom model.

It was Heisenberg who could distill a mathematical formalism from the observed energy spectra of the atoms. It allowed to calculate observable quantities such as the frequency, the intensity and the polarization of radiation without the use of a model. Born realized what the underlying mathematical structure is (matrices, operators); he and his young assistants Heisenberg and Jordan developed matrix mechanics from this structure. In 1926, Schrödinger developed the so-called wave mechanics, which described matter waves in the sense of de Broglie. 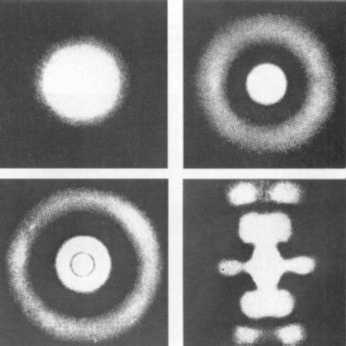 Wave-mechanical pictures of the hydrogen atom in four different excited states:
The brightness of a point shows the probability of observing an electron there.

Reading the names of the former assistants and guests of the instute of theoretical physics in Göttingen as Pauli, Hückel, Nordheim, Fermi, London, Hund, Heitler, Fock, Wigner, Herzberg, Göppert-Mayer, Ehrenfest, Oppenheimer, Delbrück, Weißkopf, Bloch und Teller (among others that are not much less known either) makes one fathom the golden years of the institute. It is also important to mention the exchange with experimental physicists like Franck and Pohl, the fluid dynamicist Prandtl and mathematicians like Hilbert, Klein, Runge, and Weyl.

The rise to power of Nazism gave an end to this glorious era. Born was suspended, and deposed from his office in 1935. He was temporarily replaced by Fritz Sauter. Then, Richard Becker (in Göttingen 1936-1955) was the replacement by order. (He had previously applied to be the successor of Sommerfeld in Munich and was accepted.) His research on the magnetic and the plastic properties of metals and his teaching held the institute upright. His doctor student Richard Krömer was rewarded with the Nobel prize in 2000. Friedrich Hund, who had been the managing director of the institute since 1957, was able to establish the earlier international relevance of the institute. His discovery of the tunnel effect, Hund’s rule and the Hund-Mulliken theory allowed the efficient application of quantum mechanics on nuclear physics, molecule physics and chemistry. In the meantime, it was clear that the research in the twenties and the thirties got misused to make nuclear bombs threatening humanity itself. Thus, leading German scientists like Otto Hahn, Max von Laue and Carl-Friedrich von Weizsäcker and, out of Göttingen, Max Born und Werner Heisenberg gathered to make the Göttingen Manifesto, a statement against equipping the German army with atomic bombs and against the worldwide atomic armament altogether.

As a result of the discussions about the education emergency in the Federal Republic of Germany, the universities could expand. In the case of Theoretical physics in Göttingen, the expansion in the 60s was modest following Hund’s Motto “klein aber fein” (small but nice). Indeed, the institute changed from one ordinary professor (Hund) and one extraordinary professor (Helmut Steinwedel) to three ordinary ones with their assistants. These got occupied by Laue’s student Max Kohler, who worked on transport theory and alternative gravitational theories, and the later Max Planck Medal laureates Gerhart Lüders and Hans-Jürgen Borchers. Besides physics of condensed matter and, temporarily, nuclear physics, quantum field theory distinguished itself as another main research field. The Pauli-Lüders- (TCP-) theorem and the so-called Borchers classes of the axiomatic quantum field theory are examples of its high points. This field has been strengthened since the seventies by Helmut Reeh, Gerhard Hegerfeldt and Hansjörg Roos. In 1987, Arthur S. Wightman has been given an honorary doctorate.

The 70s and 80s were marked by a huge number of students, another expansion of the teaching staff to up to 8 professors and the rearrangement of the institute to a department with a rotating managing director. After the appointment of Hubert Goenner, the research fields have been expanded to include relativity theory. 2 to 3 regular Privatdozents who work in the institute contributed to research and teaching. Kurt Schönhammer expanded the theoretical condensed matter physics, and Annette Zippelius became together with Reiner Kree the center of the research focus “statistical physics”. She received the Leibniz Price and, in 2022, the Max Planck Medal. Because of the financial state of the federal state in the 90s, two professor chairs in the institute have been removed.

Succeeding Borchers, Detlev Buchholz continued the research in the field of mathematical and axiomatic quantum field theory. He was also awarded the Max Planck medal. Karl-Henning Rehren extended his research by conformal quantum field theory. At that time, the faculty established as an experimental expansion a new research focus, that is particle physics, in the II. Institute of Physics.

In 2003, the institute moved to the new building of the faculty at Friedrich-Hund-Platz located at the north campus. With the Bologna process and the switch to new degree programs, teaching required significant changes. In the same time, the institute became more and more international thanks to many doctorate students and Postdocs. Marcus Müller extended statistical physics to applications in biophysics. In the 2010s, a new theme of both classical and quantum physics came into light, namely “non-equilibrium”, which includes cosmology (Laura Covi), strongly correlated electrons (Stefan Kehrein, Thomas Pruschke, Fabian Heidrich-Meisner) and complex systems and active matter (Peter Sollich, Mathias Krüger). Peter Blöchel (TU Clausthal) gave regular lectures on theoretical condensed matter physics. Steffen Schumann moved from the II. Institute to the institute of theoretical physics to develop numerical methods for accelerator physics. Stefan Klumpp (Institute for the Dynamics of Complex Systems) became an associate member of the institute.

In June 2022, the institute celebrated its 100th anniversary with an academic conference.

Back to top of page 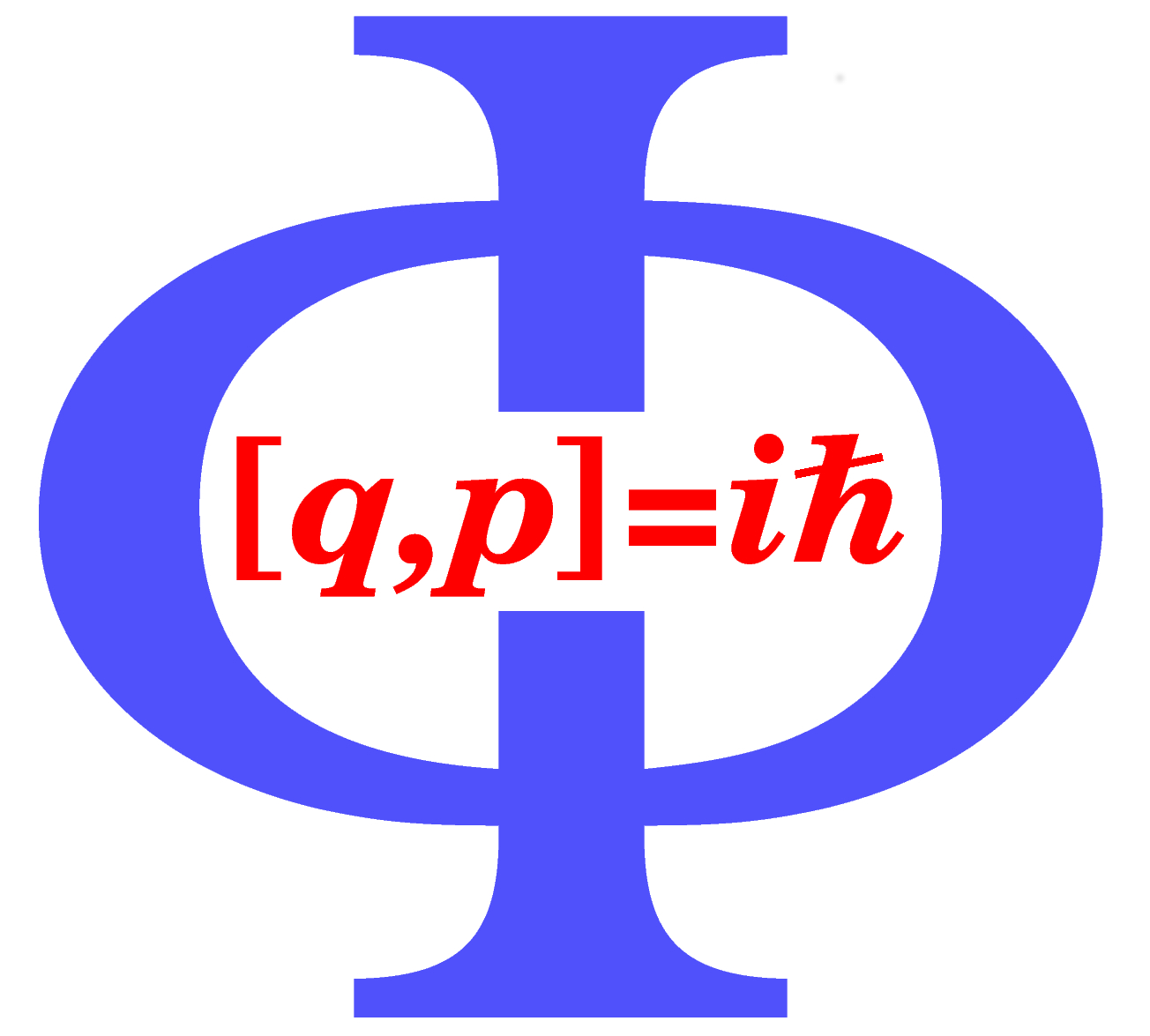