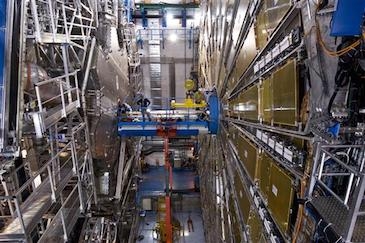 Lying 100 metres underground at the European Centre for Particle Physics Research (CERN) in Geneva, the Large Hadron Collider (LHC) is the largest particle accelerator ever built. In operation since 2009, the LHC accelerates protons to 99.9999991% of the speed of light, and collides these protons head-on at four different collision points on the accelerator ring. The 2nd Institute of Physics is strongly engaged in the ATLAS experiment, situated on one of these four different collision points.

The data from these proton collisions, taken at a centre-of-mass energies of 7 TeV in 2010 to 13 TeV at present, is analysed by more than 3000 scientists at ATLAS to uncover the secrets of the fundamental constituents of nature. The ATLAS group at the institute is deeply engaged in the development and operation of the ATLAS detector, in data analysis of proton collisions, and in the development of IT infrastructure for Grid and Cloud computing.

For the 25th anniversary of the ATLAS collaboration in 2017, the Goettingen ATLAS group prepared greeting videos: 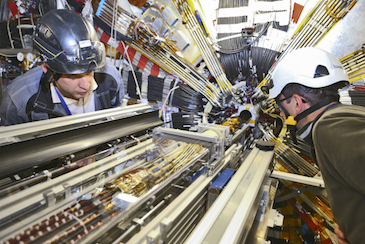 The ATLAS detector precisely measures the tracks, energy, momenta of particles produced in the high energy proton collisions. Many different sub-detector components, such as tracking detectors which measure the ionisation track of charged particles, work together to reconstruct the properties of particles in the collision event. The ATLAS group in Göttingen was extensively engaged in the construction and design of the innermost layer of the tracking detector, the silicon pixel detector, and continues to be instrumental in its operation. In preparation for high-energy data taking at a centre-of-mass energy of 13 TeV, the Göttingen group was involved in extending the pixel detector by an additional layer (Insertable B-Layer), helping to improve the vertexing resolution significantly. In addition, the group is involved in beam monitoring efforts through the installation of the Diamond Beam Monitor.

The ATLAS detector will be upgraded in the future to deal with higher luminosity, increased collision frequency, and increased radiation. New concepts and prototypes for the tracking system are being developed to ensure increased robustness of the detector under these future operating conditions. Read-out systems with state-of-the-art electronics, new concepts for silicon sensors, measurements of sensor prototypes with test beams, and simulation performance studies will also be investigated by the Göttingen ATLAS group.

The LHC operates at a large enough centre-of-mass energy and luminosity to produce very heavy and rare particles at a high rate. Such particles include the Higgs boson and the top quark, which are both studied in great detail through data analysis by the Göttingen ATLAS group. 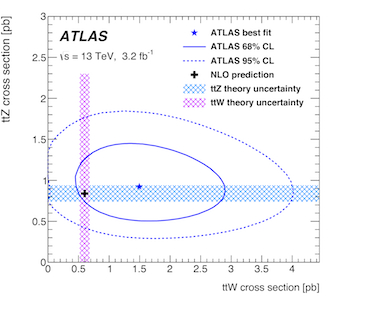 As the most massive particle of the Standard Model, the top quark plays an important role in our understanding of particle physics. As the only quark that decays faster than it can hadronise, the precision measurements of top quark properties provide an excellent testing ground for the Standard Model and are sensitive to new physics. The Göttingen group is also intensively engaged in the search for associated Higgs production with a top-antitop quark pair. 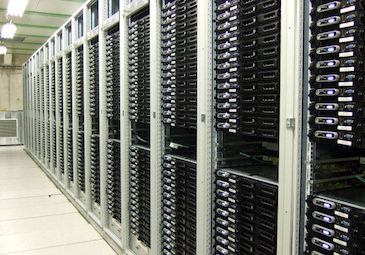 Data at the ATLAS experiment is recorded at a rate of 2 GB/s. This enormous amount of data must be stored and analysed, which is made possible only through a worldwide network of 150 connected computer clusters. This worldwide distributed storage and computing is called Grid Computing, and the 2nd institute of physics is active in developing the infrastructure for Grid Computing for LHC data analysis. The main focus of research activities includes automated monitoring, failure prediction and prevention, as well as studies to integrate commercial cloud computing solutions for particle physics data analysis.

In addition, the Göttingen group operates a local Tier-3 and regional Tier-2 Grid computing cluster, named GoeGrid, in the context of the international WLCG Collaboration.