Contested Kinship: Towards a Redefinition of Human Relations

Throughout Western history and legal traditions, kinship has been firmly rooted within the bounds of blood relations. This naturalisation of kinship continues in modern technologies: genetic research projects such as the Human Genome Project and technologies such as DNA kinship analysis extend the concept of blood relations from the unit of the family to that of ethnic groups. Legal regimes equally tend to the privileging of genetic relations, even today. From a Cultural Studies perspective, this is highly problematic: it points towards an essentialist understanding of kinship, predetermined by birth; it naturalises subjecthood based on genetic bonds and genealogy; it attributes symbolic value to a concept of genetic sameness rather than diversity; and it supports the family as a key site of power and discipline.

Arguments for a non-essentialist redefinition of kinship have been put forward from a number of fields, including philosophy, gender studies, literary and cultural studies, and cultural anthropology. Judith Butler (2004) reads kinship as a problematic allegory for the origin of culture, arguing for an understanding of kinship beyond the normative restraints of biological relations. Similarly, Donna Haraway (1995) takes a dim view of the historically fatal consequences of blood-based kinship. However, the attraction of the genealogical origin is not limited to patriarchal narratives. Margaret Homans (2013) has looked at origin stories in adoption narratives and pointed to the paradoxical situation of feminism which on the one hand advocates non-essentialist, non-nuclear, non-heteronormative forms of kinship, and on the other hand acknowledges the power of the particular relation between birthmother and child. Damien Riggs and Elizabeth Peel (2016) finally have staked out the field of critical kinship studies and formulated its focus as “the need to move beyond a humanist account of kinship”.

This conference aims at following this premise, and seeks to further research in the field of critical kinship studies by bringing together different disciplinary perspectives into a cultural hermeneutic approach. It invites contributions from a variety of academic fields, including anthropology, history, law, literary studies and others. 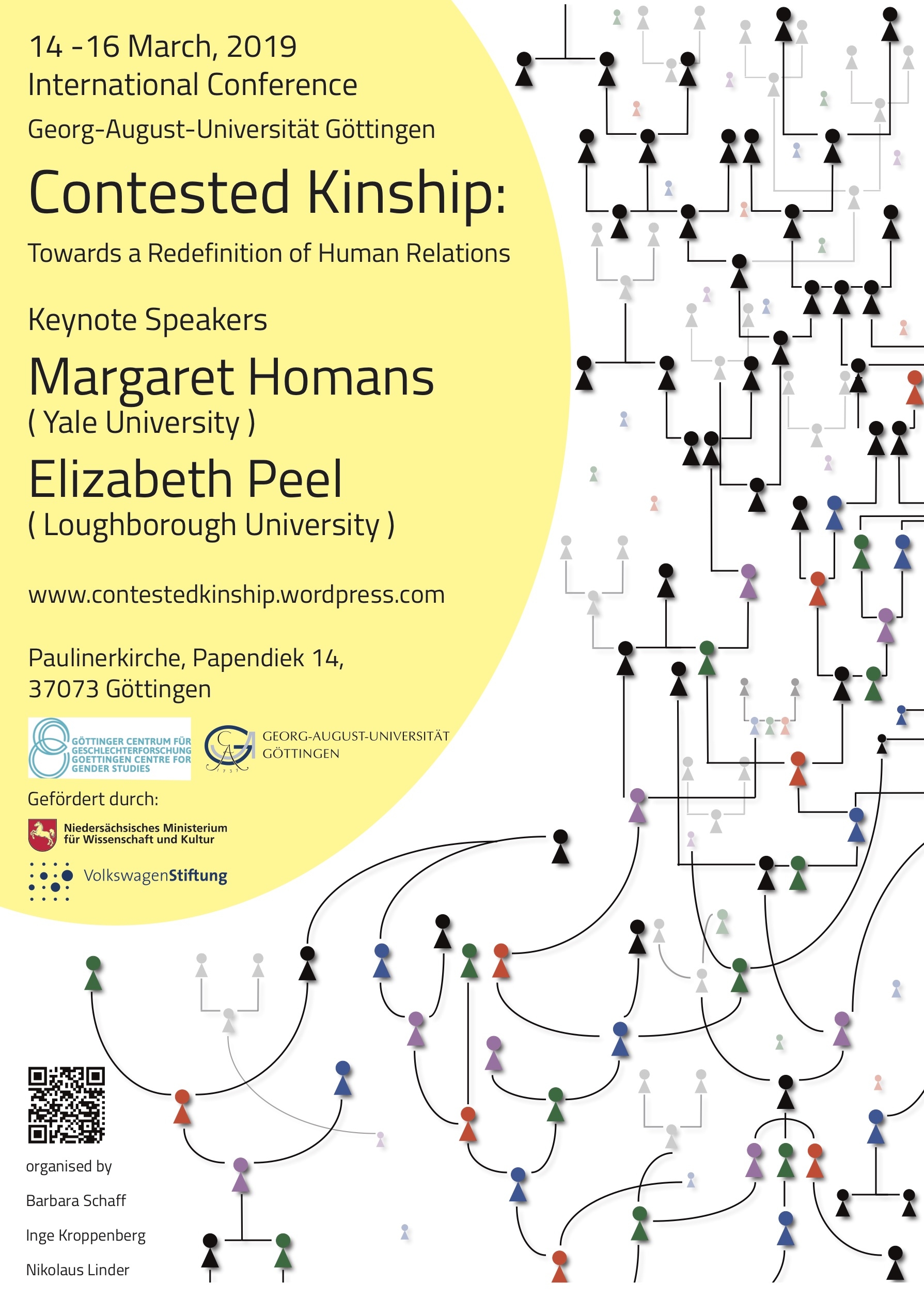