works since April 2013 as a Junior Professor for Quantitative Methods at the University of Muenster. From July 2012 to March 2013, he was an Assistant Professor (Akademischer Rat) at the Chair of International Relations. Previously, he has been a Postdoc Fellow and Instructor (International Politics) at the Department of Political Science at the University of Salzburg, Austria, from October 2009 to June 2012. He holds a Doctorate from the University of Freiburg (2009), where he was also employed as a Predoc Researcher and Lecturer at the Department of Political Science (2005-2009). During his MA and PhD studies, he was supported by a scholarship from the German National Academic Foundation.

Schlipphak has been teaching on, and researching in the area of International Relations and Political Sociology. His classes and publications as well as his conference presentations reflect these two strands. He is the author of Framing Ideology – die Kommunikation ideologischer Positionierungen zwischen Wählern, Parteien und Medien (Nomos 2011) and one of the editors of a book on the management of water conflicts at sub-national and national levels (Wasser – Konfliktstoff des 21. Jahrhunderts?, Winter 2008), which has been the result of a conference funded by the Heidelberg Academy of Science. His recent publications and conference presentations include papers on assessing attitudes towards regional integration processes as well as on the impact of EU membership on public political support in Central and Eastern European countries. His current research interests focus on the impact of public opinion on governmental preferences in international bargaining, especially within regional integration projects. 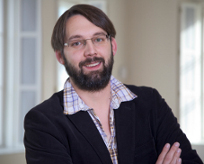