Férdia J. Stone-Davis received a B.A, MPhil, and PhD from the University of Cambridge before proceeding to Trinity College of Music, London. Here, she gained a Masters in Music Performance, specialising in early music performance. Since graduating, she has combined research, performance and teaching.

She is an inter-disciplinary academic working in the fields of music, philosophy and theology and has delivered and performed her research at a number of international conferences. Her recent book is entitled Musical Beauty: Negotiating the Boundary between Subject and Object (Cascade, Wipf and Stock, 2011).

She is currently editing a collection of essays entitled Music and Transcendence: this is based upon papers delivered at an international conference held in Cambridge in 2011. She is currently developing a project entitled English Jacobite song and the emblematic nature of its tunes. This research will focus on English Jacobitism: it will consider the relationship between tunes and lyrics, on the one hand, and instrumental tunes dedicated to major Jacobite figures, on the other.
It will ascertain whether particular tunes were associated with Jacobitism and examine whether the tunes became emblems of the cause.
This research will result in the publication of a monograph, as well as a music edition of the tunes.

Musical Beauty: Negotiating the Boundary between Subject and Object. Cascade, Wipf and Stock, 2011.

(with Prof. Dr. Morag Grant) The Soundtrack of Conflict: The Role of Music in Radio Broadcasting in Wartime and in Conflict Situations, Göttingen Studies in Musicology, Georg Olms Verlag, in press.

‘Introduction’ (with Prof. Dr. Morag Grant), in The Soundtrack of Conflict: The Role of Music in Radio Broadcasting in Wartime and in Conflict Situations, Prof. Dr. Morag Grant and Dr. Férdia J. Stone-Davis (eds.), Göttingen Studies in Musicology, Georg Olms Verlag, in press.

'The Genteel Companion by Humphrey Salter: Gracing as Method', 2008. The Consort 64.

'The Sense of Creation: Experience and the God Beyond', Patrick Masterson (Ashgate, 2008). Theological Book Review 21/1.

Panel on ‘Music, Transcendence and World-Making’ (with Roger Scruton, Oane Reitsma and Jonas Lundblad) at the third annual conference of the Music and Philosophy Study Group with the Royal Music Association, July 2013.

‘Music and Beauty: Continuity and Change.’ Paper presentation at The International Society for Religion, Literature and Culture, The Faculty of Theology, University of Copenhagen, Denmark, October 2012. 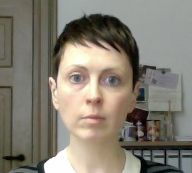