The South-eastern part of South America has experienced major climate changes since the late Quaternary, which has a significant importance not only for the local but also for the global environment change.
The main purpose of this project is to understand the late Quaternary environmental dynamics. Several marine sediment cores along a transect in SE South America are studied, including (vegetation changes, climate changes, changes of the marine Malvinas and Brazil Current, fire history and its impact on ecosystems and past human impact).
In the project, I am mainly responsible for the pollen and dinoflagellate analysis.
Pollen and spores from marine sediment can generally be identified to family, often to genus and sometimes to species level. Although not much pollen grains in the oceanic samples, several pollen taxa can be used as indicator in order to trace ocean currents. So their distances of transport are key indicators for us to get a better understanding of the currents change and its impact to the environmental change and ecological response, it will provide important insights into understanding modern and future global changes also.
According to the different living requirement of temperature, salinity, nutrients, and the different distribution spatial and seasonal of dinocysts, we can reconstruct the temperature, salinity and other characteristics of the sea waters. 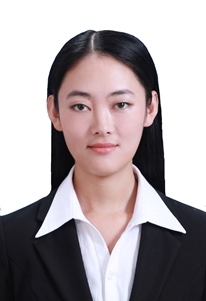