The University Observatory – which served as the place of residence and work of famous scholar Carl Friedrich Gauss (1777–1855) for several decades – is a building of unique importance for the history of science. Göttingen University has recently renovated it according to the original plans; the reconstruction which was directed by the building management department was completed in October 2008 after one-and-a-half years of work. This eminent European monument of science today houses the Lichtenberg-Kolleg and the Göttingen graduate schools.


The Royal University Observatory was built from 1803 to 1816 according to the plans developed by Göttingen university master builder Georg Heinrich Borheck (1751–1834). The building was clearly distinguishable from similar buildings of the time by its architecture which was designed to meet highest scientific standards. Certain aspects were considered consistently and beforehand for the first time, such as vibration-proof installation of instruments and the comfortable and hence effective conduction of observations; these measures were implemented in spite of conflicting economic interests.

A mathematician, astronomer and physicist, Gauss received a call to the Georg-August-Universität in 1807 and became the first director of the “new” observatory, where he would live and conduct research until his death on 23 February 1855. Whereas the façade of this three-wing building has retained its original appearance, the adjacent buildings and the interiors were modified several times to meet changing needs during the 19th and 20th century.

In the course of the renovation which was begun in February 2007, the interiors were restored using the original plans in order to do justice to the historic heritage of the University Observatory. The goal of this measure was to completely remove all later additions and reset the structure of the building to the time of its construction. Wherever it was impossible to do so, the structures were restored to the state they were in after the first major modification in 1886.

One of the most significant changes was the restoration of the two Meridian Halls, which had been converted into office rooms by means of inserted ceilings and partitions. The so-called meridian slits were reopened, and the geodetic zero point in the western hall was rendered visible again. Also, one of the two preparation rooms was gutted and restored to the appearance it had in the 19th century. Furthermore, major restorations and modifications were carried out in the two side-wings which used to be quarters in the past, for example in Gauss’s former reading room.

The colouring of the halls in the main building was redone according to historical plans. The stencil painting dating from 1816 with its floral ornamentation and a coffered design typical for the time of classicism were recreated in the lower dome chamber, safeguarded by means of a protective layer.

The cost for the renovation was approximately 1.8 million Euros. The restoration was supported significantly by private funding and donations. 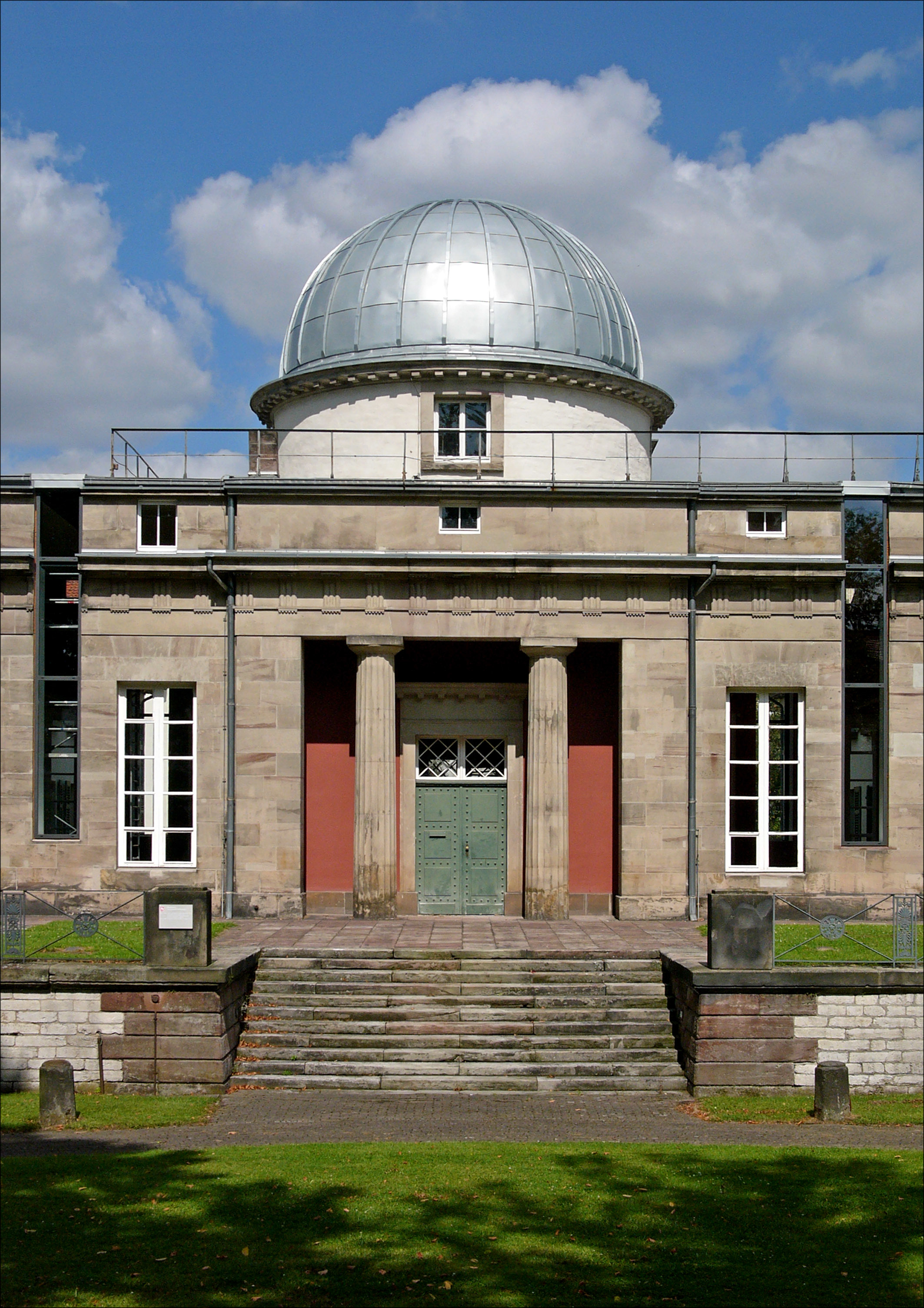