The common roots of Judaism, Christianity and Islam

Lecture series of Georg August University and the Academy of Sciences in Göttingen during the summer semester 2002.

The attacks on September 11th, 2001 shockingly confronted the western world with a reality which in the Near East is unfortunately the everyday life: three religions having the same origin grimly fight against one another.

Also in Europe and in the USA Jews, Christians and Muslims live in an increasingly direct neighbourship. They share the same cultural roots, worship the same God – if any – and yet they do not understand each other.

The reasons for that are various. Appropriate political, economical and social steps to ease the situation are necessary. But it is at least as important as that to acknowledge the common heritage: to discover oneself in the stranger and to learn to respect. Meanwhile, mutual understanding has become a basic matter of surviving.

The lecture series wanted to encourage it.

The contributions came from various disciplines: Studies of the Ancient Orient, Exegetics (Old and New Testament), Oriental Church history, Jewish studies, Arabic and Islamic studies. The lecture series focused upon Abraham, the ancestor whom all three religions claim as their initiator. This figure exemplarily illustrates the common roots, but also the various historical, spiritual, social and cultural ramifications within Judaism, Christianity and Islam.

A passage through wide fields of the Jewish, Christian and Islamic culture was facilitated, which in a generally comprehensible way allowed insights into the current state of research and lit the spiritual, social and historico-cultural background of the topic. 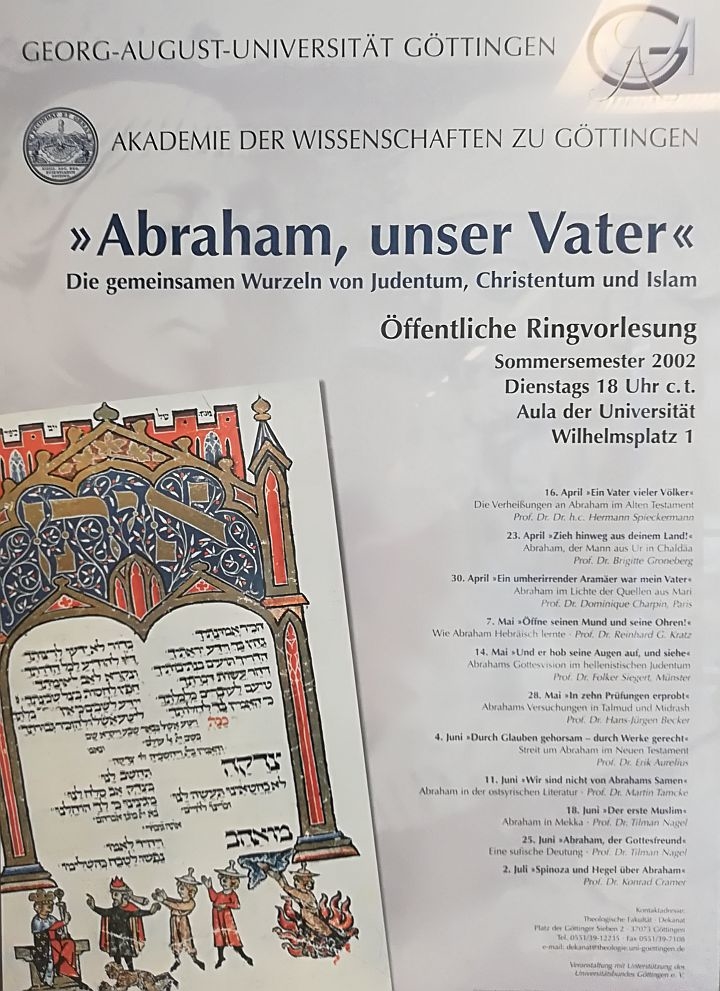