M1: Growth and defense remodeling in poplar by mycorrhiza-nutrient interactions


Growth is dependent on nutrient availability, especially on nitrogen. High nitrogen supply is also known to influence the interaction of plants with beneficial mycorrhizal fungi, plant pathogens and herbivores. Surveys of phenotypic variation in range-wide association populations of North American wild poplar (Populus trichocarpa) individuals grown in common gardens have revealed substantial variation in numerous traits related to growth and phenology, wood production and disease resistance. In genome-wide association studies (GWAS), allelic variants in poplar homologs of nitrate transporters were identified that are associated with susceptibility to Melampsora rust and that were also associated with multiple growth and yield traits. Nitrogen-driven growth also modifies the susceptibility to plant-feeding insects and pathogens. Some of these responses may work through a feed-back mechanism affecting recruitment of defense compounds, or altering leaf development and/or phenology traits important for pathogen infection. However, the genetic and molecular basis for such interactions, potential signaling for defensive metabolites and variation/co-variation of these traits in poplar populations is poorly understood. Here, we plan to disentangle these complex interactions by analyzing phenotypes of genetically well characterized wildtype and transgenic poplars. Poplars will be selected or generated that differ in pathogen susceptibility, growth or adaptive traits under different environmental conditions including mycorrhizal colonization. 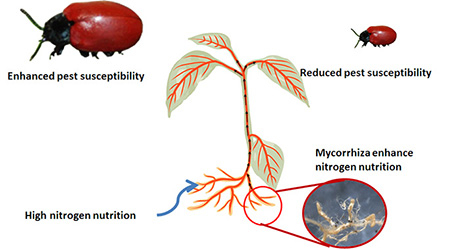 The projects are based on preliminary work, in which strong effects of mycorrhizal colonization on poplar defence of leaf feeding insects was shown and putative marker genes for the stress responses were identified. Here, the goals are to identify signaling compounds, to disentangle the effect of mycorrhiza and nutrition on defense and to investigate rust tolerance in the GWAS population. The PhD candidates will conduct part of their PhD work in the partner lab and tightly collaborate with the groups of the IRTG. 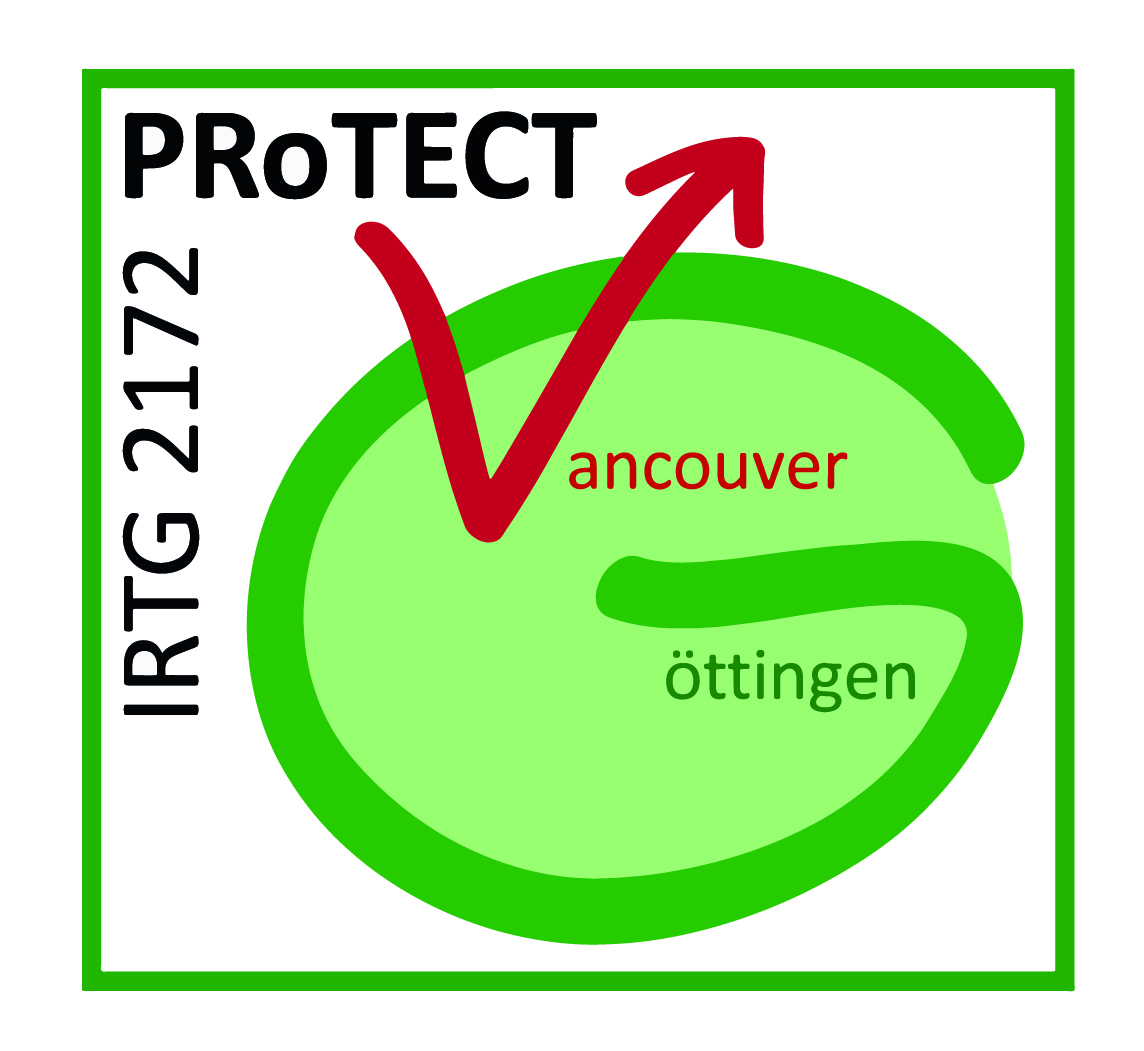