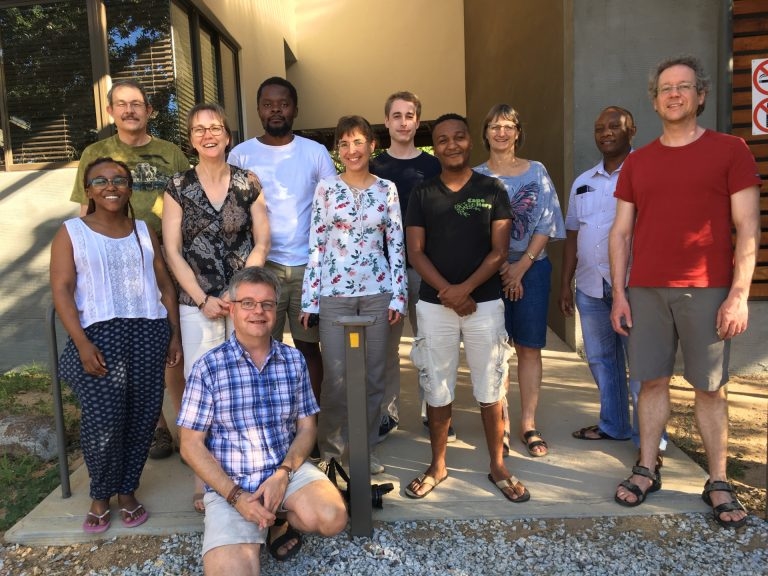 In a joint short course, the aDGVM modeling team from Frankfurt and members of the Ars Africae project (MARS team) successfully introduced South African graduate students to dynamic vegetation modeling and socio-ecological modeling. The short course took place at Witwatersrand University, South Africa.
After an introduction to the concepts of process-based dynamic vegetation models, the participants had the opportunity to develop a conceptual vegetation model and gain hands-on experience using the educational version of LPJ-GUESS DGVM.
The aim of this joint course on multi-agent modeling and dynamic vegetation modeling was to provide an introduction to both modeling approaches and allow participants to understand the usefulness of process-based mechanistic models when dealing with complex, interactive systems. 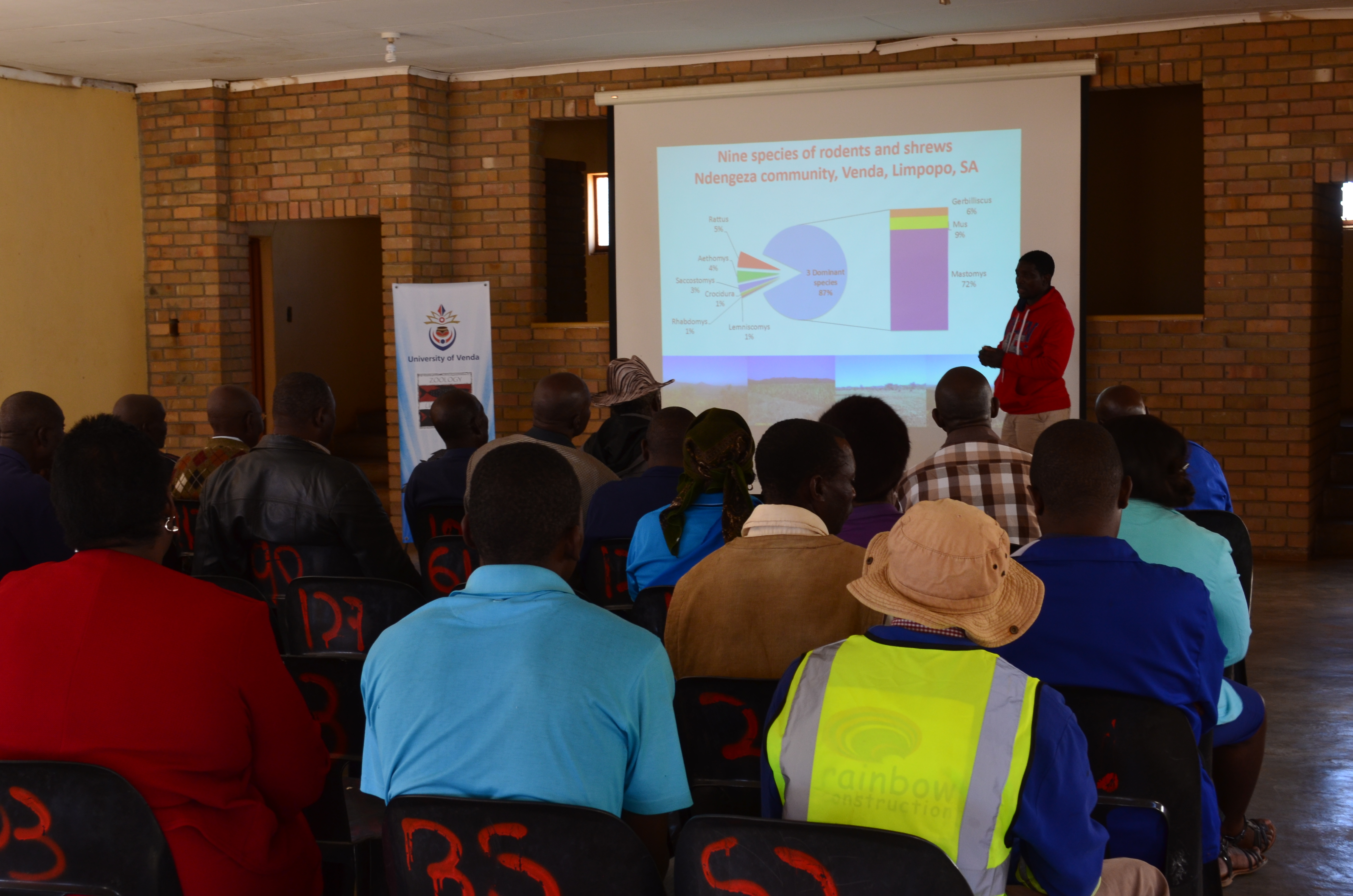 We presented a talk to 35 Ka-Ndengeza participants and family, explaining the results from the project so far, including; Stakeholder meeting feedback, rodent capture, camera trapping and focus group discussion. We also explained feedback in relation to other countries involved in the project.
The objective of the SPACES day was to give feedback that occurred in the community as well as addressing questions regarding the project. This is particularly important since we had a close relationship with these community members during the duration of the SPACES project (2014-2016).
The Community members were overwhelmingly positive about the project and how we involved them in the project. 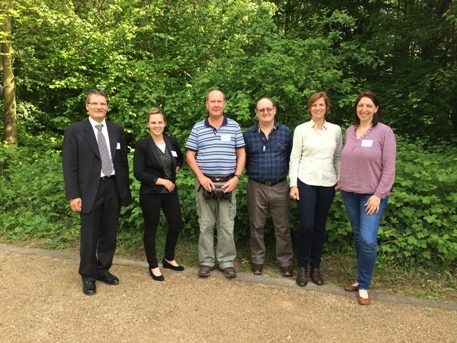 The third annual meeting of the SPACE project "Limpopo Living of Landscapes" (LLL) was held from 17th to 22nd of August 2016 to reflect on lessons learned and successes and failures of the three-year project and to plan for a possible future project. Apart from the innovative and interdisciplinary scientific discussions, the highlights of the week were the Public Stakeholder Day on 19th August and a subsequent Planning Day on 21st August where the LLL team of researchers and students shared the highlights of their results and policy messages with invited stakeholders from the Department of Environmental Affairs, Department of Agriculture, the South African Earth Observatory Network (SAEON), the University of Limpopo and the Kruger to Canyons Biosphere Reserve.

At the end of the 3rd annual meeting the LLL group visited three villages in the area to interact with communities about rangeland issues. In his final summation at the end of the workshop, the LLL Project Coordinator, Johannes Isselstein from Georg-August University of Göttingen encouraged all participants to reflect on the strong contrast in livelihoods between the rural poor communities visited by the team and the huge wealth of tourists visiting some of the adjacent private safari lodges. 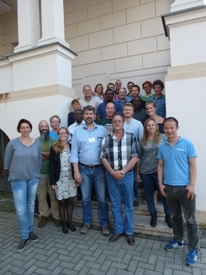 2nd Annual Workshop of the SPACE project "Limpopo Living of Landscapes" (LLL), held in Bonn on 6. - 10. September 2015, has succeeded by the participation of all South African partners and many other group partners.
On the 6th of September, 2015, the welcoming day began at the "House of History" Bonn, giving all South African guests extensive insights into German history with a guided museum tour. After a walk at the waterside of river Rhine the day was continued with a ship tour to Königswinter and taking the traditional rack railway to "dragon's rock" (a landmark of Bonn). There, the day was enriched by the impressive view across the Rhine Valley. 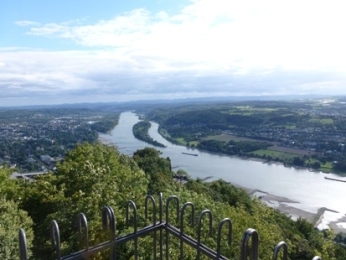 The remainder of the workshop entailed four intensive, but foremost very effective meeting days in working groups and plenary sessions. The participation of representatives of other SPACE projects and the project funding agengy was especially pleasant. 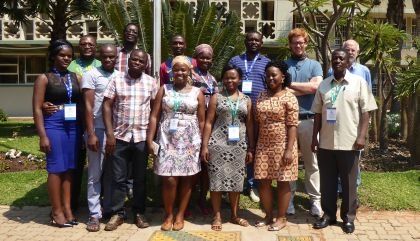 In the frame of the SPACES - Limpopo Living Landscapes (LLL) project funded by the German Federal Ministry of Science and Education (BMBF), the University of Limpopo (South Africa) in collaboration with the Universities of Venda (South Africa) and Göttingen (Germany) hosted a one week APSIM training workshop in Polokwane (South Africa).
Twelve trainees (from MSc students to Postdoc level) coming from South Africa and Zimbabwe participated in the workshop conducted by Dr. John Hargreaves and Munir Hoffmann. In the first three days, participants learned the background and usage of APSIM by going through a range of exercises addressing typical agronomical issues in the region. For instance; what is the effect of the application of different residue types on retained soil moisture? How is maize yield affected by seasonal varying rainfall? Should maize-cowpea rotations considered as a possible alternative to maize monoculture?
In the second part of the week, participants build groups, selected a topic of their interest (long-term effects of conservation agriculture, suitable irrigation strategies and possible climate change effects on maize cultivation in the region), and applied APSIM to it. The presentations of the group work on Friday were discussed vividly. There was a general consensus among participants that APSIM is a highly relevant tool for farming systems research in southern Africa. The training course helped to increase the collaboration between different research organizations and to improve the crop modelling capacity in the region. This will serve the purpose of identifying strategies for mitigating and assessing climate change effects on crop production. To further strengthen the crop modelling capacity in the region, a follow-up APSIM workshop will be held in 2015 again in Polokwane. 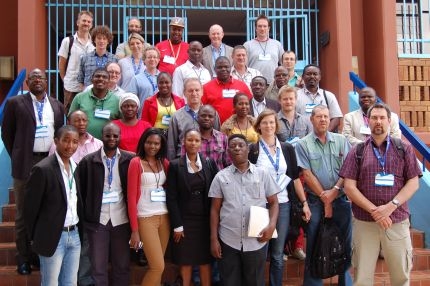 The inception workshop was a great success with excellent support and attendence by all of the formal South African Partners and representatives from many other government bodies, NGO´s and industry also showing interest. The topic of adaptation to climate change and socio-ecological changes in Limpopo was supported as a high priority by external attendees. A complete list of other initiatives which "Limpopo Living Landscapes" (LLL) should connect with was compiled. The methodology (on-farm and community engagement ) and tools (models of historical and future scenario analyses) was well received by the audience as appropriate and filling an area of neglect in the provincial approach to adaption measures. 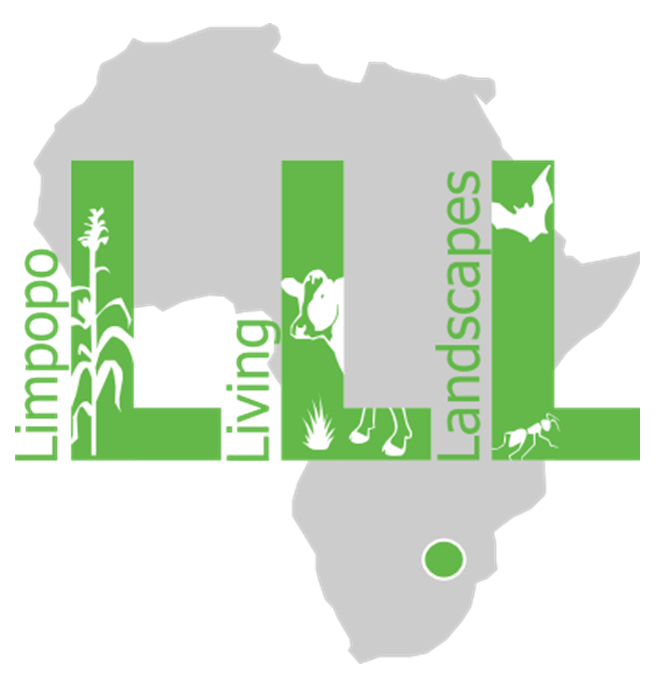 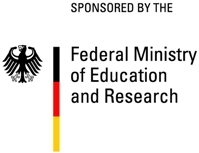