Summary information
Bukit Duabelas is a relatively small national park covering about 605 square kilometers. It is representative of lowland tropical rain forests in the province of Jambi, Sumatra, Indonesia. Only the northern part of the park consists of primary rainforest, while the rest is secondary forest. Before being declared a national park in 2000, a large part of the area was used as "production forest”. The park is inhabited by the indigenous Orang Rimba ('people of the forest').

Collaboration with EFForTS
A Memorandum of Agreement (MoA) between the Indonesian University Consortium of EFForTS and the Taman Nasional Bukit Duabelas has been extended on 07. December 2016. The first collaboration agreement was signed in 2014.

Research activities of EFForTS
http://www.uni-goettingen.de/en/412128.html
Within Jambi, two landscapes and 32 core sites - including transformation systems and forest reference sites - were selected for detailed analyses. The CRC scientific projects will analyze and compare a broad range of issues, including above and below ground biodiversity, soil fertility, water, nutrient and greenhouse gas fluxes, as well as economic, social, cultural and political aspects related to rainforest transformation. A particular focus will be on identifying synergies and trade-offs among and between the various ecological and socioeconomic functions, which is an important precondition for designing and implementing more sustainable systems (including biosphere reserves).
Since 2012, researchers of the University of Göttingen and counterparts from IPB, UNJA and UNTAD assess the above and below ground biodiversity of plant and animal species in the Bukit Duabelas National Park.
Species lists are depicted on the right menu bar. 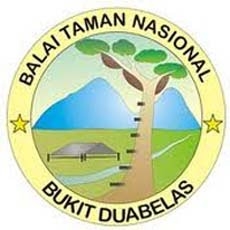