In this first Newsletter of the junior research group "Music, Conflict and the State" in 2010, we would to draw your attention to two upcoming events this month and to a conference organised by the Department of Musicology this coming June.


1. 27.01.2010, 4 p.m.
„Beethoven in Auschwitz. Nachdenken über Musik im Konzentrationslager“
(Beethoven in Auschwitz. Reflections on music in the concentration camp)
Guest lecture in German by Prof. Dr. Bernd Sponheuer (University of Kiel)
The extent of the role played by music in the system of National Socialist concentration camps has only become apparent in recent years. Music's role here is profoundly ambivalent: at one and the same time an aid to mass murder and an aid to survival. With particular reference to the so-called "women's orchestra" at Auschwitz-Birkenau, the lecture will consider what consequences this has for our concept of art and music. The working hypothesis which results is that music's inherent aesthetic capacity for overcoming reality is the reason for its almost limitless utility in this regard.
The lecture will take place in the context of the Research Colloquium of the Department of Musicology, Lecture Hall (Room 101), Kurze Geismarstr. 1, 37073 Göttingen. Further information in German at
http://www.uni-goettingen.de/de/131248.html.

Further information on the Prieberg Archive at the University of Kiel can be found at the end of this newsletter.


29.01.2010
Workshop in cooperation with the Lichtenberg-Kolleg of the University of Göttingen
"Celebrating difference, promoting division? Religion, culture and conflict in Northern Ireland and former Yugoslavia"
How can cultural practices contribute to the collective memory of past religious conflicts, and what can be done when these practices threaten peace and security in the context of contemporary conflicts fought along the same lines? At this interdisciplinary workshop, researchers from Belfast, London, Ljubljana and Göttingen will discuss these issues with a focus on two recent conflict situations.
There are still some places available at the workshop, previous registration is required - where possible, by Thursday, 14 January 2010. To register, please contact Mareike Jacobs at
mareike.jacobs@stud.uni-goettingen.de
or by telephone via the office of the research group: +49 551 39 6912.
Further information can be found here: http://www.uni-goettingen.de/en/128448.html.


6.-19.Juni 2010
International Research Symposium "Composers in the Gulag under Stalin"
Research into the history of Soviet forced labor camps under Stalin has been much advanced by perestroika and the consequent opening of the archives. From a musicological point of view there are still major gaps in our knowledge, however. Although the topic "Music in the Gulag" encompasses a variety of phenomena, the fate of detained composers and their cultural activities before, during and after life in the Gulag is a particularly interesting topic for musicologists, since, as creators of contemporary music, the development of the art is depending on composers. Previous studies of detained artists in other fields have shown how great the loss was to arts and sciences through their detention, and indicate how the arts and sciences could otherwise have developed. Studying composers in the Gulag is therefore an important step towards broadening research into music in the Soviet Union and to contributing to the discussion of the Gulag and Soviet totalitarianism in general. The planned conference aims to establish the current state of research, to classify and rethink existing research and to stimulate further investigation. The conference will include introductions to a wider audience of the life and work of such composers after their exclusion from musical life.
The symposium is organised by the Department of Musicology at the University of Göttingen. Further information:
http://wwwuser.gwdg.de/~citg/

- Further information on the Prieberg Archive -
The guest lecture to be given by Prof. Dr. presents an opportunity to draw your attention to the Prieberg Archive at the University of Kiel.
Fred K. Prieberg, a music journalist and expert on music in the Third Reich built up an extensive archive of material on this topic in the course of many decades of research.
The archive includes recordings, eyewitness reports and documents from the Reichsmusikkammer (Reich Music Chamber). In 2005 Prieberg presented the Unversity of Kiel with this unique collection, which is now open to researchers.
Further information can be found at:
http://www.uni-kiel.de/muwi/PriebergArchiv.htm zu finden. 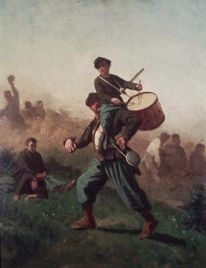