Born in 1972 in Lanarkshire, Scotland, M. J. Grant studied music and musicology in Glasgow, London and Berlin. She received her doctorate from King’s College London in 1999, for a dissertation on European serial music in the 1950s. In 2005 she was awarded a DFG stipend to pursue research on the cultural history of the Scots song “Auld Lang Syne”. In Spring 2008 she was appointed as junior professor at the University of Göttingen as leader of a “Free Floater” research group researching the use of music to promote, facilitate and accompany violent response to conflict. She has previously taught at the Humboldt-Universität and at the European College of Liberal Arts. 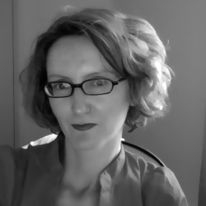