Tropical rainforests are home to the largest number of arthropod species in the world, but they are threatened by the rapid conversion of lowland rainforests to monocultures of oil palm (Elaeis guineensis) and rubber (Hevea brasiliensis), especially in Southeast Asia.
Coleoptera are one of the most abundant and diverse animal taxa and constitute the majority of animal biomass and biodiversity in tropical ecosystems. Belongs to the Coleoptera are Leaf beetles (Chysomelidae). They are small to medium sized herbivorous beetles.
Being herbivorous and having a close connection with host plants give Chrysomelidae the potential to be excellent indicators of environmental conditions. My study aims to investigate the effects of these conversions on the diversity and community assembly structure of canopy leaf beetles. In order to assess biodiversity, we identified the sample that we collected from Sumatra, Indonesian, into morphospecies. Biodiversity patterns are tested against the four land-use systems. I aim to investigate the possible effects of land conversion on the phylogenetic structure of the Chrysomelidae community composition by construct the phylogenetic tree of all sampled morphospecies based on 18S rDNA, 28S rDNA and possibly COI and calculating the Nearest Taxon Index NTI and the Net Relatedness Index NRI for the local communities. Both indices are commonly used to calculate the contribution of phylogenetic clustering (indicating habitat filtering) and phylogenetic overdispersion (indicating competitive exclusion) in the assembly processes of a community.
This study will help to understand how land-use change in Southeast Asia affects biodiversity and community assembly of leaf beetles and might hint to how herbivorous insects respond to rapid land transformation. 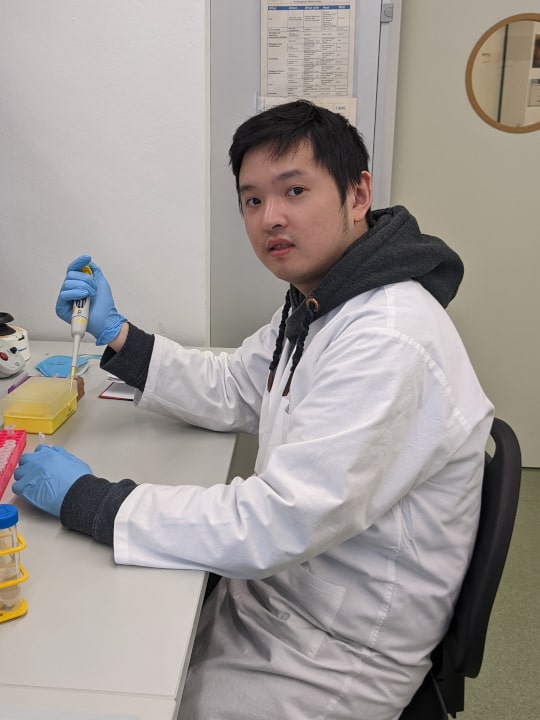