Transnational human capital and social inequality
(with J. Gerhards, Freie Universität Berlin)
Research grant: the German Research Foundation (DFG)
Duration: 2014-2016
Within the context of globalization processes, the ability to act beyond the confinements of one`s own nation-state - which we refer to as "transnational human capital" - is becoming increasingly more important.
The first phase of this project focused on two aspects: First, we empirically examined the change of job requirement specifications from 1960 to 2010, based on a quantitative content analysis of job advertisements in German newspapers. Second, based on Bourdieu?s theory and data from the German Socio-Economic Panel, we analysed class-specific access to transnational human capital, choosing the example of study-abroad programmes during school time, and its effects on the life course. The follow-up project has two aims: 1) The results we obtained so far with regard to Germany need to be supplemented by international comparisons in order to determine more precisely the influence of contextual factors on the demand for, and the acquisition of, transnational capital; for this, we plan to extend the quantitative content analysis on more countries and analyse international survey data.
2) The completed analysis of the class-specific access to transnational human capital needs to be extended and deepened by qualitative interviews with parents. Only a qualitative analysis will make it possible to reconstruct the class-specific mechanisms of acquiring transnational human capital.

Temporary Migration and its Effects on People in European Societies
For the sociology of migration, the consequences of migration for immigrants and host societies has been a traditional research question. However, migratory research has so far neglected the effects of temporary stays abroad on the careers and life-course of temporary migrants and their families: What are the effects of short- and mid-term periods of migration on the different spheres of life of the people involved? Which factors are associated with a successful stay abroad? To answer these question, the project will start out with secondary analyses of different cross-sectional and longitudinal data sets that include items on past and current periods of migration. Gender and class-based differences in the effects of temporary migration, and the causes of these differences are of particular interest here. For instance, they may result from different motives for migration.

Transnational human capital and social inequality. A longitudinal study
(with J. Gerhards, Freie Universität Berlin)
Research grant: the German Research Foundation (DFG)
Duration: 2011-2014
Over the course of recent decades, processes of globalisation and transnationalisation have profoundly changed what is required of people to participate in the educational system and the labour market. Knowledge of foreign languages and intercultural competences have become more and more important. Whereas educational research has sufficiently often shown that access to educational credentials, and thus occupational positions, is highly selective from a social point of view, the question of class-specific access to transnational capital seems to be generally unexplored. Since such capital is particularly acquired through stays abroad, we are interested in (1) establishing which social inequalities exist for adolescents in Germany when seeking access to stays abroad during their school career and how such inequalities can be explained. We also want to discover which effects such stays abroad ? and the thus acquired transnational capital ? might have on the pupils? further educational trajectory and career entry (2). Both research questions are dealt with by analysing data from the German Socio-Economic Panel Study (SOEP). Complementing these survey-based analyses is, on the one hand, an examination of the changed circumstances due to which transnational capital has became an important resource. For this reason, a content analysis of vacancies in newspapers is used to assess the change of job profiles (3). On the other hand, we carry out guideline-based interviews with parents, whose children experience a stay abroad during their school years (4), in order to reconstruct more precisely the class-specific (decision-making) processes which lead to such an acquisition of transnational capital.

Doctoral dissertation project: Assimilation or Segregation? Processes of Adjustement of Immigrants in Germany
The thesis addresses the question whether individual immigrants in Germany assimilate with the German population over time. Using a novel, procedural concept of assimilation and a unique method of panel data analysis applied to more than 3000 immigrants from six countries of origin, the study offers many new insights into assimilation processes. The results show that in most domains considered, more than 80 % of immigrants experience assimilation over time. The thesis challenges the results of previous studies as far as group differences are concerned. For instance, Turkish migrants do not assimilate more slowly than other groups. 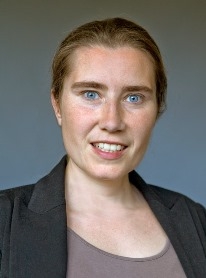