It has become plain that the centre of gravity of Christianity has, at least numerically, shifted to the South. A hundred years ago more than 80% of Christians lived in Europe and North America, whereas these regions now account for only 40% of World Christianity. The majority of Christians today live in Latin America or in Africa, with a growing tendency. In Africa, the share of Christianity among the population has risen from 9.4% in 1910 to some 48% today. Brazil is currently the country with the highest number of Catholics, but also with the highest number of Pentecostals. New churches also come to secularized countries through migration, offering challenges to the traditional churches and the un-churched population alike. Rather than just being something exotic for aesthetic consumption, or a mere (however important) issue of translating the Gospel into new cultures as reflected upon by Missiology, this new situation creates an urgent need for Systematic Theology as the academically sound explication of faith to go beyond its traditional historical and philosophical groundings and develop a truly intercultural, “catholic” and ecumenical Theology. Anglo-Saxon theological literature and institutions have been more open to, and daring in, this matter than has been the case in the German speaking world. My present project aims at reviewing current literature on intercultural theology, contemporary dogmatics and World Christianity in view of a theoretical contribution towards such an intercultural Systematic Theology. I shall focus on the following questions:
a) How does standard literature of contemporary Systematic Theology perceive intercultural aspects, and to what extent are these considered central to the conception of truth and reality in theology?
b) To what extent does literature of intercultural theology and World Christianity correlate the varieties of Christianity under the conditions of diverse and plural cultures to questions of transcultural coherence and truth?
c) To what extent do practical-ethical demands – the promotion of peace, cooperation, conviviality, social justice – make such a search for coherence necessary in view of the predominant competition between churches as well as religions?
d) What consequences are to be drawn from this for the task of a contemporary Systematic Theology as public theology, which accounts for faith and its implications in relation to other sciences, multicultural society, the multicultural churches as well as other religions?

von Sinner, R. Forthcoming 2011. The Churches and Democracy in Brazil: Towards a Public Theology Focused on Citizenship. Eugene: OR. 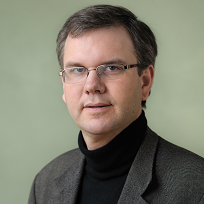