Windfall Expenditure Patterns and Socioeconomic Characteristics:
Patterns of Small Farmers in the Jambi Province, Indonesia
This master thesis will examine how socioeconomic characteristics can serve as determinants of expenditure patterns, specifically, expenditure patterns of windfall gains received in a framed field experiment.
The data used in this study is from a framed field experiment public good game carried about between November 2012 and March 2013 in four villages in the Jambi province of Sumatra, Indonesia. With 800 farmers participating in the experiment, one winning round was drawn with 10% of the earnings gained in this round being paid out to farmers. All subjects were paid privately using vouchers made payable for them in their local shops. At the end of the game a brief post-experimental survey was completed, incorporating questions related to participants´ demographics and farming activities. Shop owners collected data on the purchasing behavior of participants documenting how the windfall earnings were spent in their shops.
Several independent variables will be studied as possible socioeconomic determinants, including age, sex, and education of the household head, number of household members less than 18 years old, size of the windfall gain received, and a proxy variable for wealth. These will be regressed against a variety of expenditure categories, for example, essential items such as staple foods, versus cosmetics, cigarettes, and other non-essential items.
This study hopes to draw conclusions regarding these socioeconomic characteristics. For example, example, previous literature has showed that households with a female head typically spend more money on food and goods related to the care of children (Kennedy and Peters, 1992; Pangaribowo, 2012). Other studies have shown that households with more children typically spend a larger share of their budget on food items (Sharpe and Abdel-Ghany, 1999).
This paper will build on such previous literature regarding consumption, but also literature regarding the permanent income hypothesis (Friedman, 1957) and contrasting "mental accounting theory" (Thaler and Shefrin, 1981), which examine if and how windfall income may be spent differently that other types of income. A unique contribution of this study will be to combine the analysis of how socioeconomic characteristics are related to consumption patterns with the context of a framed field experiment where the expenditure results from an unexpected windfall gain. 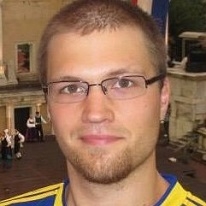