Radio is a powerful medium in conflict situations. Major world powers have dedicated sometimes significant resources to funding radio broadcasts into different and "enemy" countries, in times of both "hot" and "cold" war.
And precisely because radio is relatively cheap, portable, and before or in the absence of the Internet the easiest and safest way to transmit information over international borders, radio has been and remains important in various conflicts in and between smaller countries as well.

The role of radio in wartime and in conflict situations has been addressed by scholars from various disciplines. However, a number of aspects remain under-researched, particulary what role music plays in this context.

This international, interdisciplinary conference aims to promote a broader and comparative approach to this topic. Researchers from several disciplines will come together to present and discuss papers on the role of music in radio broadcasting in a range of conflict situations from around the world.

In addition to the presentations, the conference will host a lecture-performance on the theatre project "Hate Radio" on the role of the radio in the Rwandan genocide in 1994. Additional information on the lecture performance is available here. 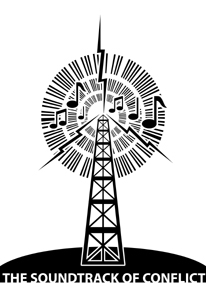