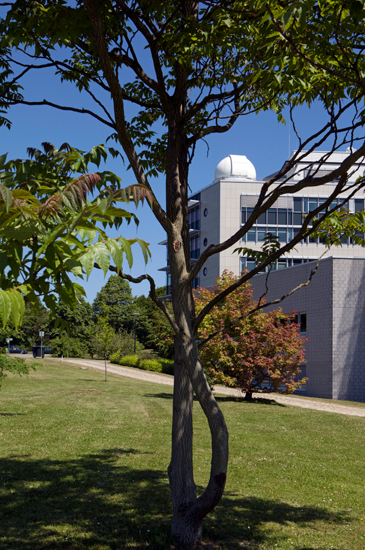 In the Third Institute of Physics we are three groups working on different aspects of Biophysics.

Christoph Schmidt’s group is focused on molecular and cellular biophysics, studying the mechanics and dynamics of living systems on all levels, from single molecules, via biomacromolecular assemblies such as cytoskeletal filaments, virus particles or primary cilia, to the physical properties of cells and tissues. A particular interest lies on the non-equilibrium statistical physics of “active matter” in biology and on mechanosensory phenomena in cells. Experimental approaches include light and fluorescence microscopy, optical trapping, atomic force microscopy, micro- and macrorheology. Pioneering projects at the interface between physics and medicine are currently developed.

Jörg Enderlein’s group develops and employs a broad array of fluorescence microscopy and spectroscopy techniques with an emphasis on single-molecule techniques and novel super-resolution methods of light microscopy. These techniques are used to study fast conformational dynamics of proteins and peptides, protein folding, protein-protein interactions, protein aggregation, and the interaction of proteins with water, ions and lipids.

Florentin Wörgötter’s group combines neurobiology with robotics and strives to achieve a better understanding of the general control and plasticity principles in neural motor function, of how human-like manipulations can be recognized, learned, and performed in robotics and of the interaction between activity and plasticity in closed loop control structures.