Getting there by car:


Göttingen is located right in the middle of Germany. As such, it is well connected and reachable by train or car from larger cities and nearby airports. Direct express trains to major cities with international airports, such as Hannover, Hamburg, Frankfurt, Berlin, and Munich are departing rougly every 30-60 minutes. At the same time, the A7 motorway runs along the western outskirts of Göttingen, providing two points of direct access to the city, with the north entry point providing a shortcut to the north campus.

Getting there by bus: 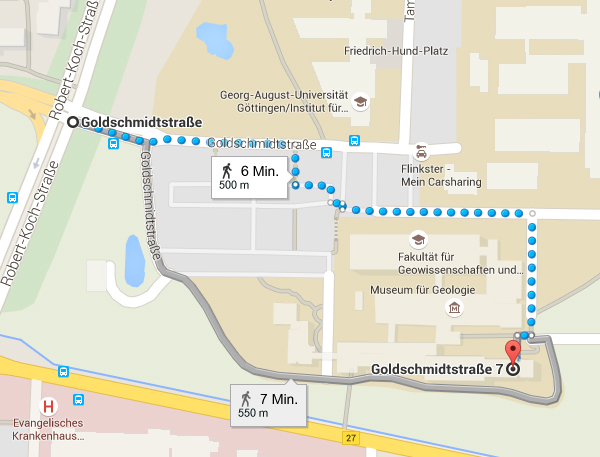